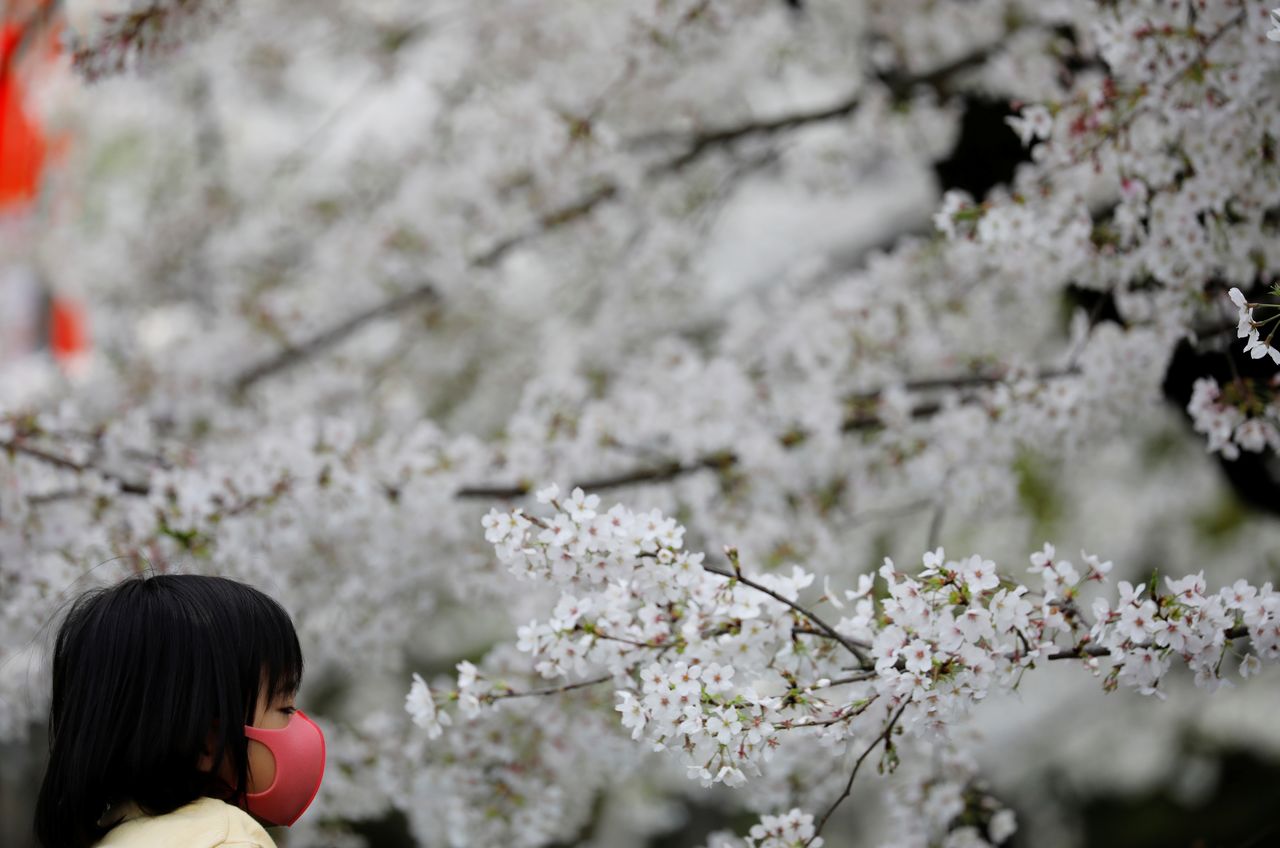 TOKYO (Reuters) -The famous pink cherry blossoms of Kyoto reached full bloom this year on March 26, the earliest date in the 12 centuries since records began, according to a Japanese university.

The earlier flowering indicates climate change, said Yasuyuki Aono, a professor of environmental science at Osaka Prefectural University, who has compiled a database of records of the full blooms over the centuries.

Global temperatures in 2020 were among the highest on record and rivaled 2016 as the hottest year ever, according to international data compiled by the World Meteorological Organization and released in January this year.

“As the temperatures rise the onset of flowering is earlier,” Aono told Reuters in a Zoom interview.

Osaka University records include court documents from Imperial Kyoto, the ancient capital of Japan, as well as medieval diaries.

Cherry blossoms have long historical and cultural roots in Japan, heralding spring and inspiring artists and poets through the centuries.

In modern times, people gather under the cherry blooms every spring for hanami (blossom-viewing) parties that are often well lubricated with sake and can last for days.

With a state of emergency to curb coronavirus infections lifted across all areas of the country many people flocked to popular viewing locations last weekend, although the numbers were lower than in normal years.

Kyoto, no longer the Japanese capital but a beacon of Japanese culture and manners, has long been famous for its temples and blossoms, which been a valuable tool for observing long-term changes in mean temperatures.

Scientists have often pointed to the earlier flowering times of species such as cherry blossoms as indicators of global warming. The Kyoto record is described in one study as “probably the longest annual record” of biological life cycles from anywhere in the world.