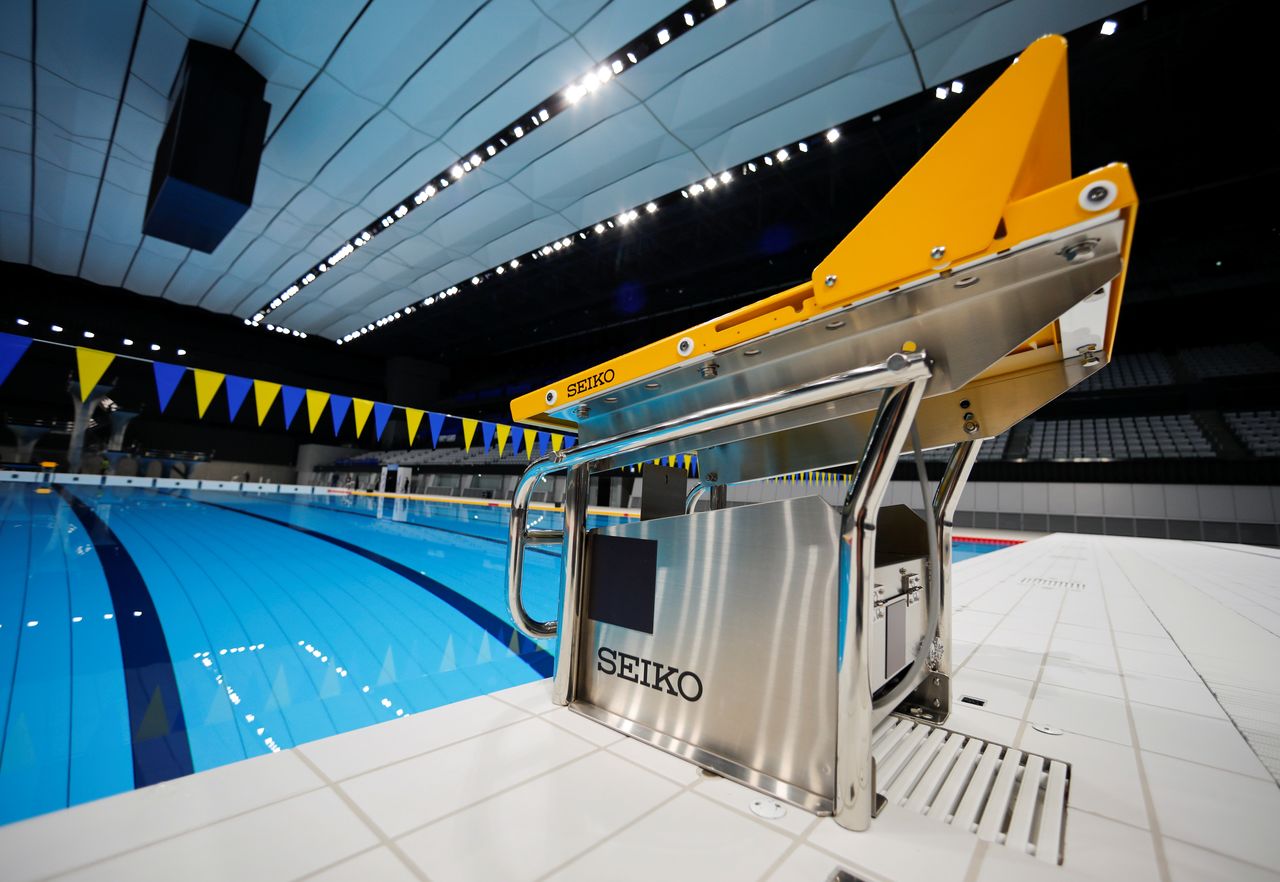 FILE PHOTO: The logos of Seiko are seen at a swimming platform at Tokyo Aquatics Centre, which will host artistic swimming, diving, and swimming events at the Tokyo Olympic and Paralympic games, as the outbreak of the coronavirus disease (COVID-19) continues, after the grand opening ceremony in Tokyo, Japan October 24, 2020. REUTERS/Issei Kato

TOKYO (Reuters) - The international swimming federation (FINA) said on Friday it was reviewing the Tokyo 2020 Olympics diving qualification event scheduled for later this month in Tokyo after reports said it was cancelled due to the COVID-19 pandemic.

The BBC, citing a letter it had accessed from FINA to national federations, said that the event was cancelled because the organisers’ planned COVID-19 precautions “will not properly ensure” the safety of athletes.

The Kyodo news agency reported earlier on Friday, citing unnamed sources, that FINA was considering cancelling the April 18-23 final qualification round - an official test event for this year’s rescheduled Games.

“The decision of re-allocating the FINA Olympic qualifiers planned in Japan is under review. An announcement will be made next week,” FINA said in a statement https://www.fina.org/news/2081890/fina-media-statement.

Svetlana Moiseyeva, the head coach of the Russian diving team, told TASS on Friday that they had received a letter on Thursday from FINA which stated that the event had been cancelled.

The BBC report said FINA was unhappy that several Japanese embassies around the world were yet to issue visas to nations that planned to compete.

Other factors were the rising costs of measures to control the spread of COVID-19 that the global body was asked to pay for and a new three-day quarantine period before the event that was announced after flights were booked.

“FINA sincerely regrets this situation,” the BBC quoted the organisation as saying in the letter.

“Despite all best efforts and understanding from FINA, the executive was obliged to take this drastic decision.”