TOKYO (Reuters) - Global stock prices rose to a 1 1/2-month high on Monday after data showed a surge in U.S. employment while U.S. bonds came under pressure on worries the Federal Reserve may bump up interest rates sooner than it has indicated.

U.S. S&P500 futures traded 0.3% higher, maintaining most of their gains made during a truncated session on Friday though tech-heavy Nasdaq futures lagged behind, trading almost flat.

MSCI’s all-country world index was almost flat but stood near its highest level since late February and within sight of a record high set that month, though trade remains slow, with much of Europe on holiday.

That was well above economists’ median forecast of 647,000 and was closer to markets’ whisper number of one million. Data for February was also revised higher to show 468,000 jobs created instead of the previously reported 379,000.

“There will be further improvements in April, as restaurants have started to reopen. People have expected economic normalisation to take place sooner or later but its pace seems to be accelerating,” said Koichi Fujishiro, senior economist at Dai-ichi Life Research.

Although employment remains 8.4 million jobs below its peak in February 2020, an accelerating recovery raised hopes that all the jobs lost during the pandemic could be recouped by the end of next year.

The prospect of a return to a full employment, in turn, is raising questions about whether the Fed can stick to its pledge that it will keep interest rates through 2023.

Markets have strong doubts, with Fed funds futures fully priced in one rate hike by the end of next year.

Many market players also expect the Fed to look into tapering its bond buying this year, even though Fed officials have said it has not discussed the issue yet.

“It will become impossible for the Fed to avoid discussing tapering by the autumn,” said Kozo Koide, chief economist at Asset Management One, noting U.S. President Joe Biden’s infrastructure spending plan is likely to be passed by then.

Yields on longer-dated bonds also rose, with 10-year notes at 1.725% in Asia on Monday, extending its rise that began on Friday after the job report.

The strong jobs data helped to underpin the dollar.

Oil prices dropped, paring strong gains made in the previous session that was driven by the decision by OPEC+ to gradually ease some of its production cuts between May and July.

“Although the market rose initially on the news, it will be an output increase after all,” said Tatsufumi Okoshi, senior commodity analyst at Nomura.

The decision came after the new U.S. administration called on Saudi Arabia, the world’s top oil exporter, to keep energy affordable for consumers.

U.S. energy firms also added the most number of oil rigs in a week since January 2020 as higher oil prices in recent months have prompted drillers to return to the wellpad. 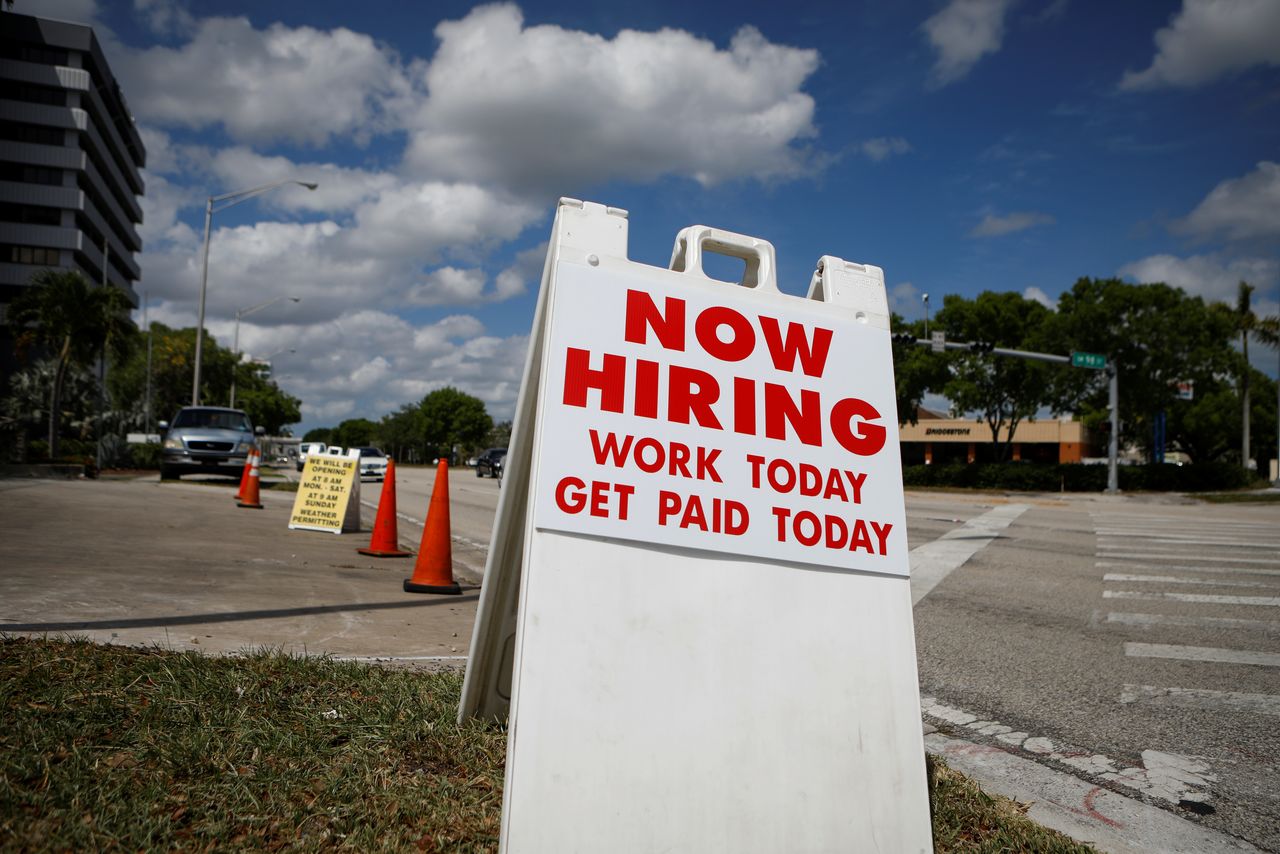 FILE PHOTO: A ”Now Hiring“ sign advertising jobs at a hand car wash is seen along a street, as the spread of the coronavirus disease (COVID-19) continues, in Miami, Florida, U.S. May 8, 2020. REUTERS/Marco Bello 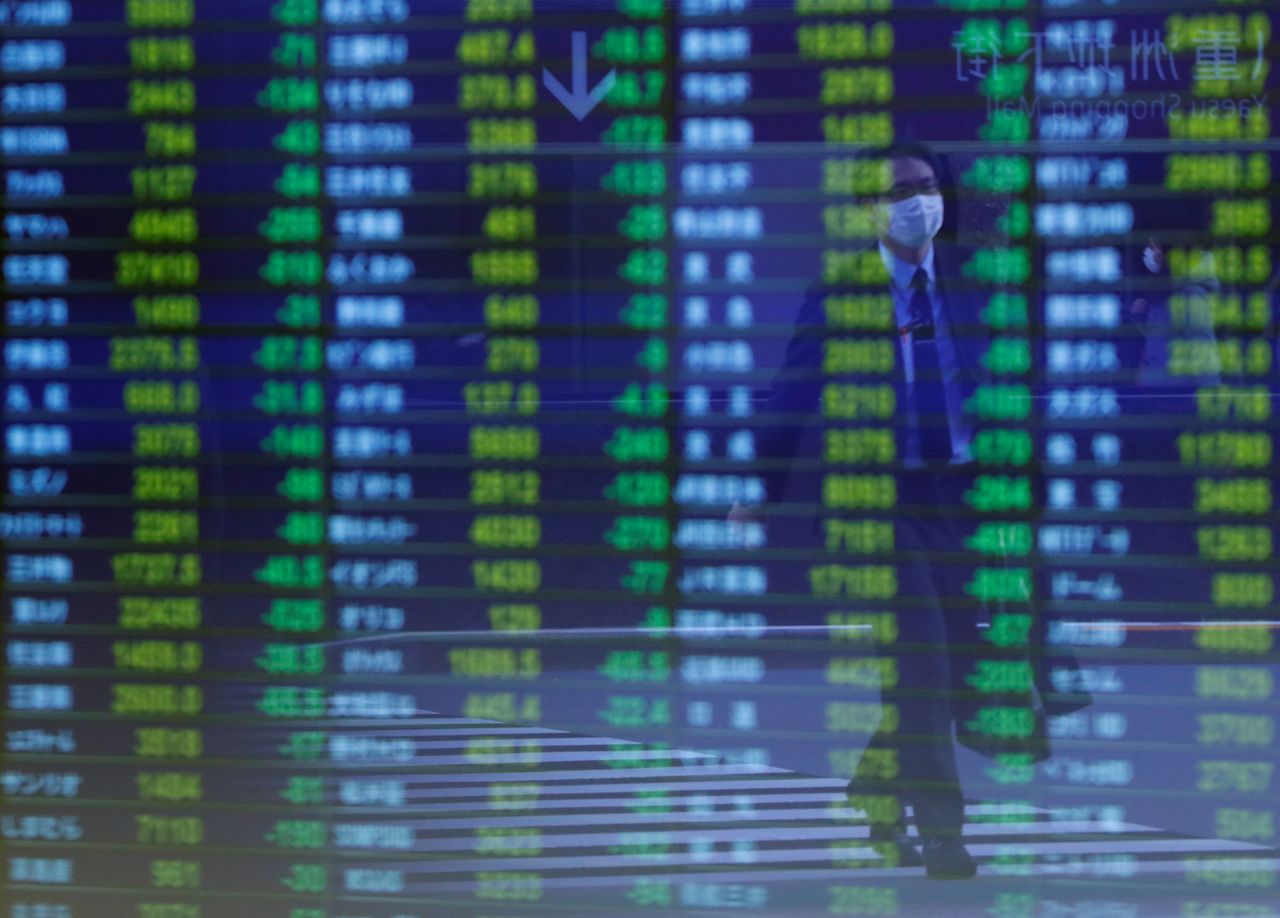 FILE PHOTO: A man wearing protective face mask, following an outbreak of the coronavirus, is reflected on a screen displaying stock prices outside a brokerage in Tokyo, Japan March 6, 2020. REUTERS/Issei Kato