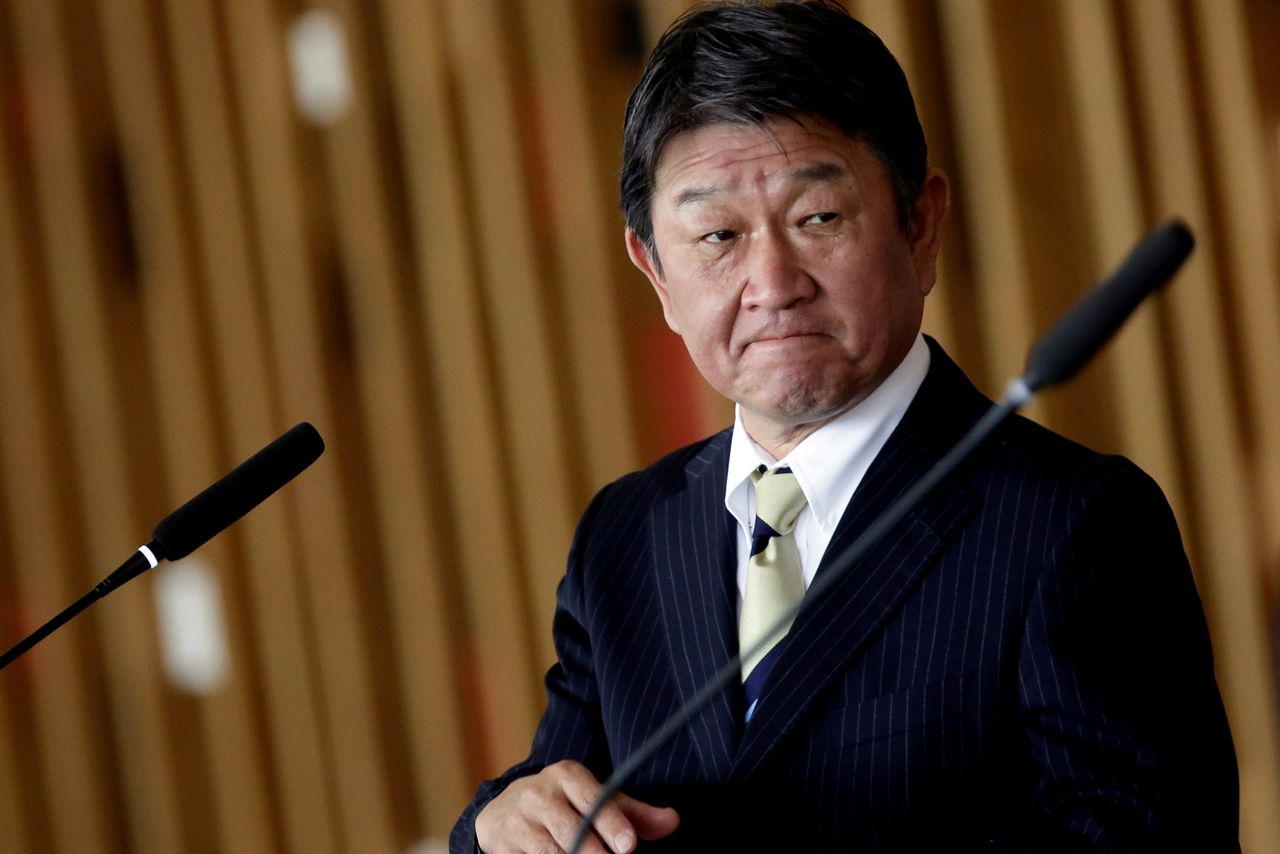 FILE PHOTO: Japan’s Foreign Minister Toshimitsu Motegi looks on during a statement to the media at the Itamaraty Palace in Brasilia, Brazil, January 8, 2021. REUTERS/Adriano Machado/File Photo

China’s extensive territorial claims in the East and South China Seas have become a priority issue in an increasingly testy Sino-U.S relationship and are a security concern for Japan.

In a phone conversation with Chinese Foreign Minister Wang Yi, Motegi expressed “strong concern” about China’s incursions into territorial waters, as well as the Hong Kong situation and human rights issues concerning the Uighur minority, the Foreign Ministry said in a statement.

“He also strongly called for concrete action,” the statement said but did not give further details.

China claims a group of uninhabited Japan-controlled islets, called the Senakaku in Japan and Diaoyu in China. The issue has plagued bilateral relations for years.

The two also discussed a broad range of regional issues and agreed on the importance of international cooperation to solve the situation in Myanmar, where a coup has been followed by a brutal military crackdown on street protests.