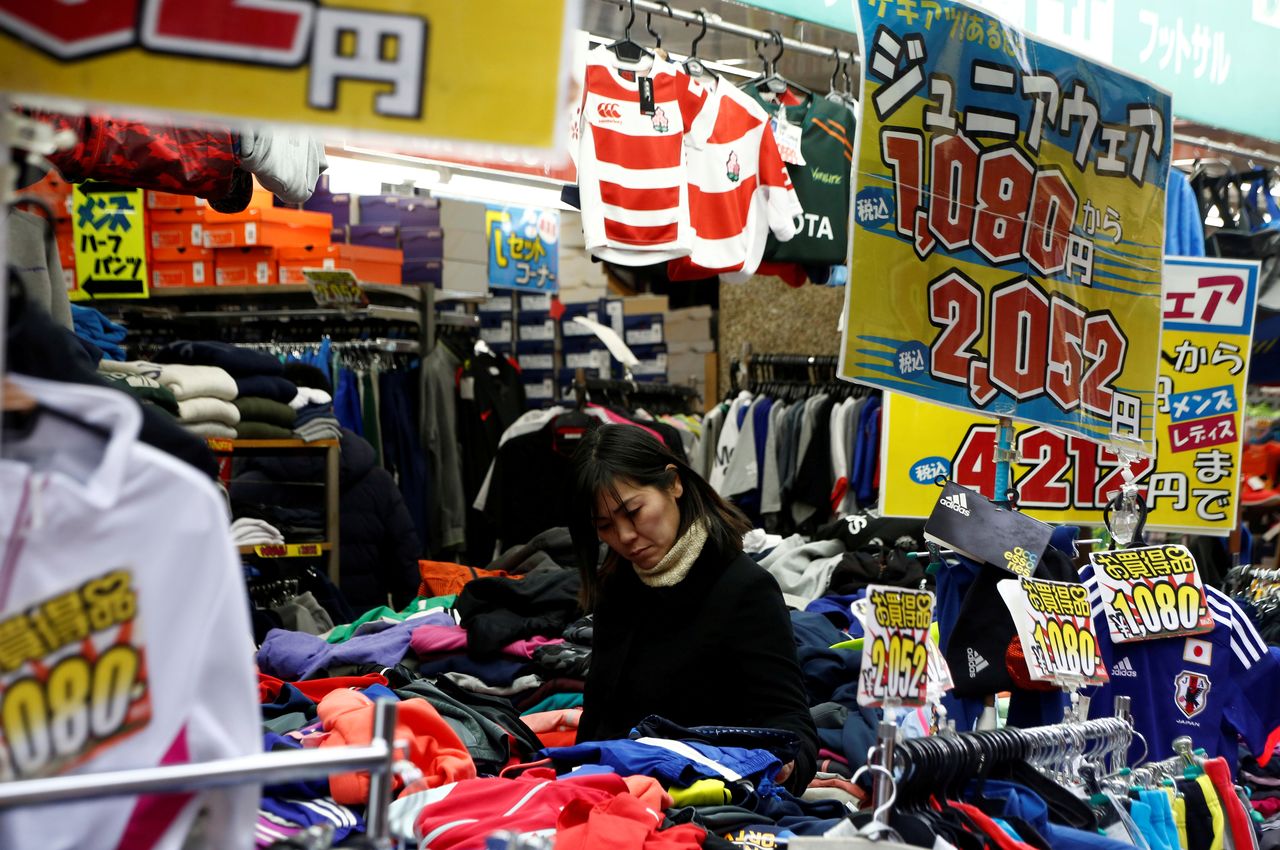 By Kaori Kaneko and Daniel Leussink

TOKYO (Reuters) - Japan’s household spending dropped for a third straight month in February, data showed on Tuesday, as emergency curbs to prevent the spread of the coronavirus hurt consumption and raised the risk of a more prolonged and bumpier economic recovery.

Separate data on wages reinforced signs of a challenging growth outlook as policymakers strive to mitigate the consumer and business impact of the health crisis.

Analysts are forecasting an economic contraction in the first quarter as a state of emergency in Tokyo and some other areas to contain a renewed spike in coronavirus cases pressures businesses, especially the service sector such as restaurants and hotels.

Household spending dropped 6.6% in February from a year earlier, after a 6.1% decline in January and compared with a median market forecast for a 5.3% fall, government data showed.

The major areas of the downturn in spending was seen in travel package tours, eating out and transportation as the pandemic prompted people to change their spending behaviour.

On the plus side, the month-on-month figures showed spending up 2.4%, rebounding from a 7.3% fall in January but lagged a forecast of a 2.8% gain.

“Consumer spending is expected to pick up in March and April due to pent-up demand after the government’s lifting a state of emergency and hopes for the coronavirus vaccine,” said Toru Suehiro, senior economist at Daiwa Securities.

“But the pace of recovery in the spending will likely be moderate as the coronavirus prevention steps are still in place, and as bonuses fell the impact from weak wages and employments will likely appear gradually.”

Japan lifted the coronavirus state of emergency in the Tokyo area around mid-March, while it was lifted in other parts of the country at the end of February. But recent rises in coronavirus cases have raised fears of a renewed outbreak spreading through main cities.

The government estimated the impact of leap year, which added an extra day to February in 2020, pushed down the year-on-year household spending for the same month this year by 2.3 percentage points, suggesting the headline figure was less severe than in January.

Separate data showed the nation’s inflation-adjusted real wages rose for the first time in a year in February, but that was largely due to prices weakening as the pandemic weighed on the economy.

Nominal total cash earnings dropped for the 11th straight month in February and special payments, which include winter bonuses, also declined for the month.

Japan has compiled massive monetary and fiscal stimulus over the past year to revive the economy after the pandemic sent it reeling into a record postwar slump earlier in 2020.

Beyond the first quarter, analysts expect a gradual recovery as solid global demand lifts Japan’s massive export sector and helps to offset some of the weakness in consumption.

Analysts are focusing on whether there will be more stimulus to bolster the economic rebound, but the government has given no firm commitment on additional spending measures.