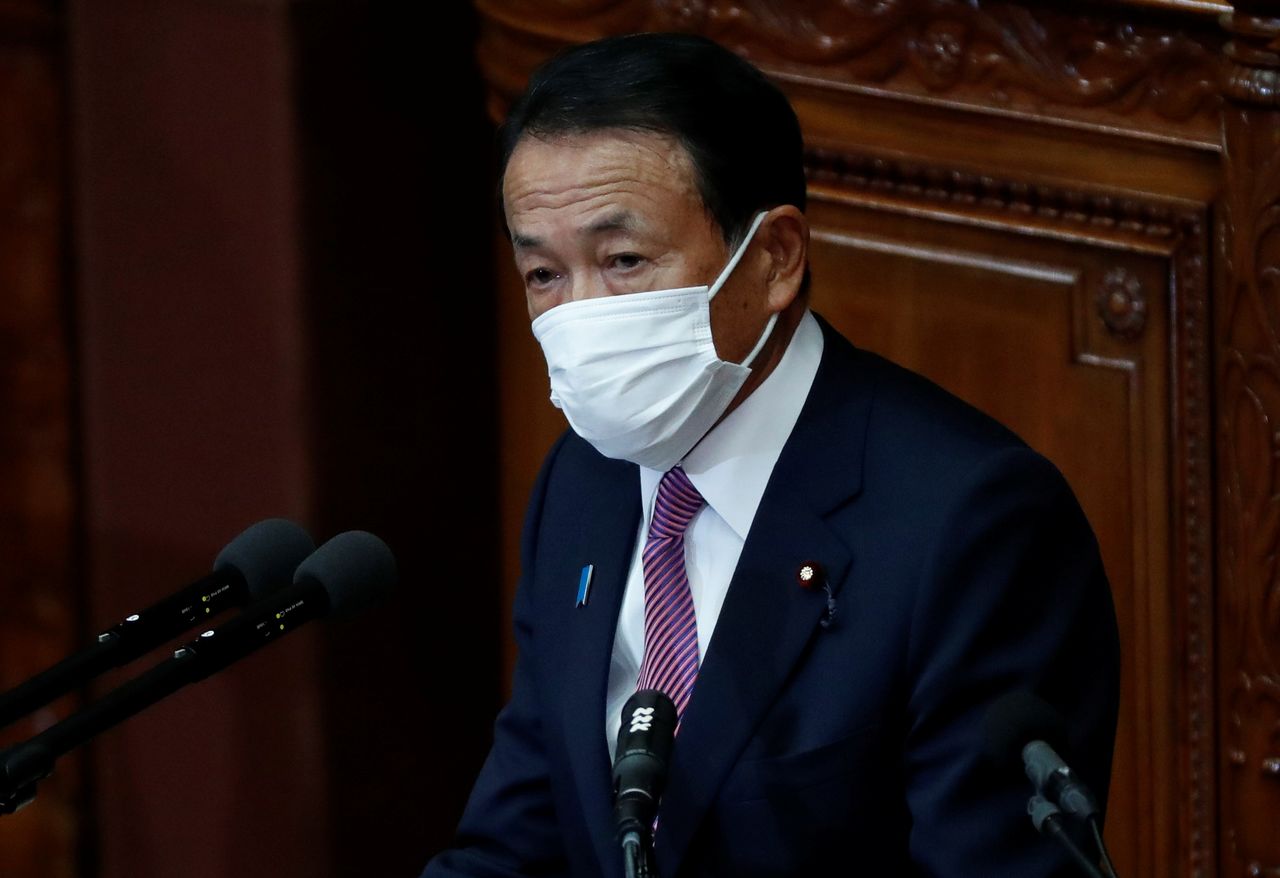 “There would be no point to it if SDR expansion is used for paying back debts to China,” Aso told reporters after a cabinet meeting, repeating tacit criticism against China’s lending practice to low-income countries.

Japan has backed a $650 billion increase in IMF monetary reserves.

Speaking on the eve of a virtual gathering of financial leaders from the Group of Seven rich nations and the G20 major economies this week, Aso welcomed U.S. Treasury Secretary Janet Yellen’s calls for the introduction of a global minimum corporate tax rate.

The proposal is a key pillar of President Joe Biden’s $2 trillion infrastructure spending plan, which proposes an increase in the U.S. corporate tax rate to 28% while eliminating some deductions associated with overseas profits.

“This was a step forward towards a global solution to international taxation,” Aso said, adding that Japan has been urging other countries not to engage in a race to the bottom on global corporate tax rates.

The Biden plan proposes a 21% minimum corporate tax rate, coupled with eliminating exemptions on income from countries that do not enact a minimum tax. The administration says the plan will discourage the shifting of jobs and profits overseas.

Without a global minimum, the United States would again have higher rates than a number of other major economies, tax experts say, while the U.S. proposal could help jump-start negotiations for a tax deal among major economies.