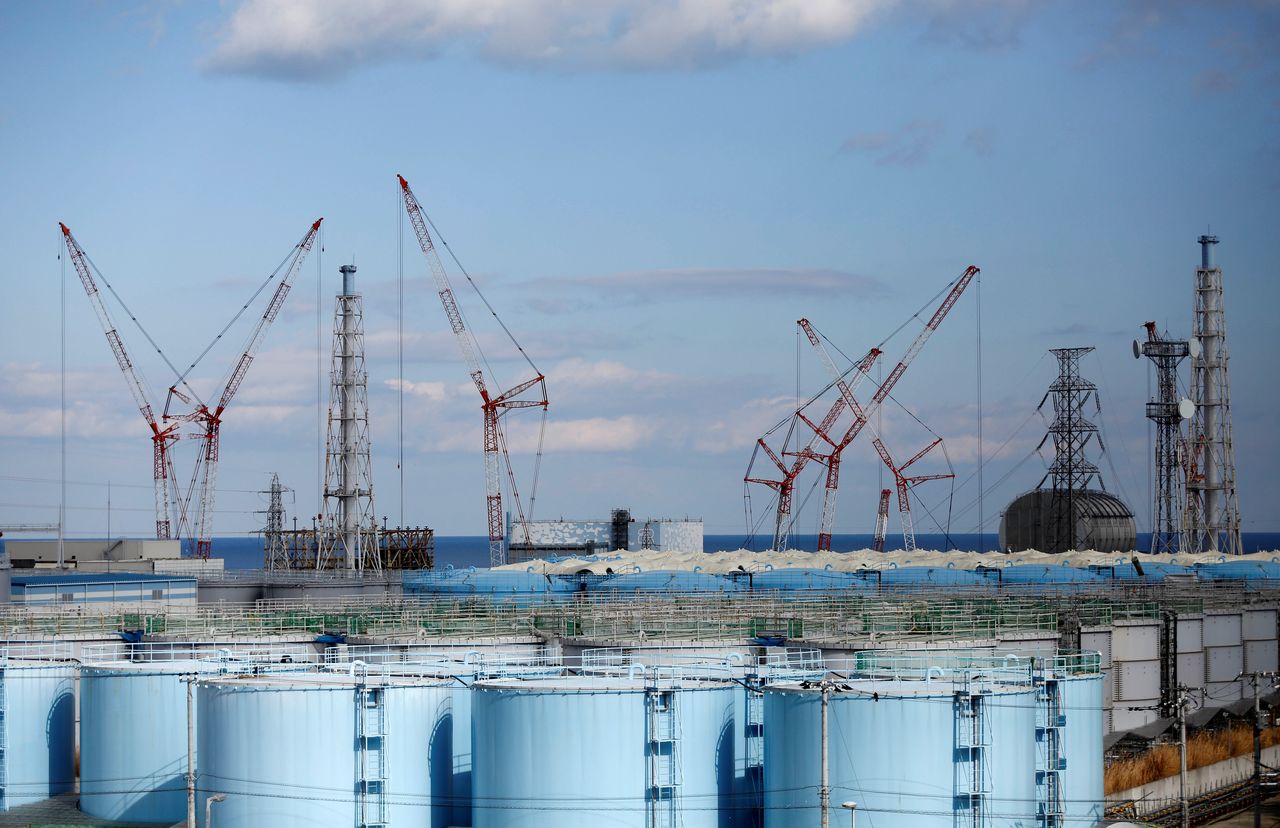 TOKYO (Reuters) - Japanese Prime Minister Yoshihide Suga will hold a ministerial meeting as early as next week to start discussions on the release of contaminated Fukushima Dai-ichi Nuclear Power Plant water into the ocean, broadcaster FNN said on Tuesday.

Suga is also expected to meet with the head of the national federation of fisheries cooperatives as early as Wednesday to discuss the potential release of the water.

The water, which is treated but contains traces of tritium, was used to cool the reactors in the aftermath of the Fukushima Dai-ichi Power Plant’s nuclear disaster in 2011 and is now stored within the grounds of the power plant.