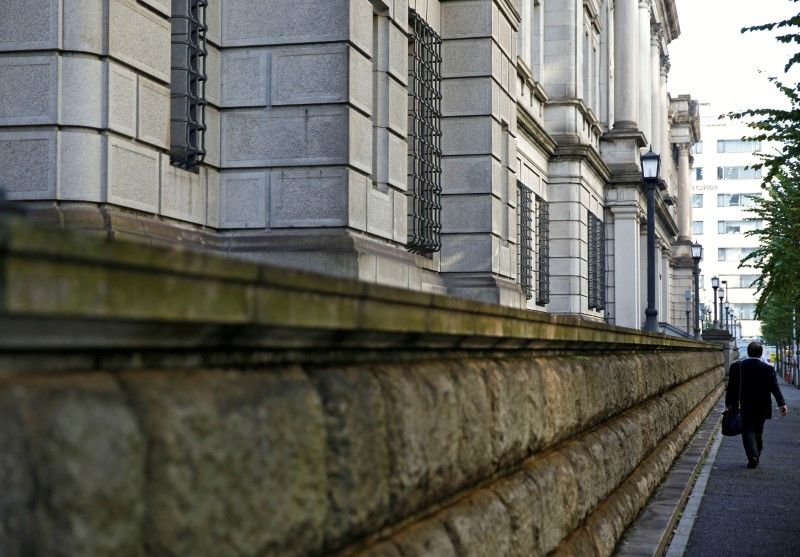 TOKYO (Reuters) - Japanese households’ inflation expectations rose in March from three months ago and their confidence on the economic outlook improved to an eight-year high, a central bank survey showed, a sign the initial pain from the coronavirus pandemic was heeling.

The outcome offers some relief to policymakers struggling to balance the need to prevent a resurgence of COVID-19 infections while sustaining a moderate economic recovery.

The ratio of households which expect prices to rise a year from now stood at 62.4% in March, up from 60% in December, the Bank of Japan’s survey showed on Wednesday.

A diffusion index measuring households’ confidence on the economy a year from now stood at minus 8.5 in March, recovering sharply from minus 23.1 in December and marking the highest level since June 2013, the survey showed.

The poll follows a separate BOJ survey that showed business confidence improving to pre-pandemic levels in the first quarter as the economy benefited by robust global demand.

While the economy may have emerged from the pandemic’s initial hit, a resurgence in infections and weak wage growth cloud the outlook for consumption.

The survey will be among factors the BOJ will scrutinise when it conducts a quarterly review of its growth and price forecasts at its next rate review on April 26-27.