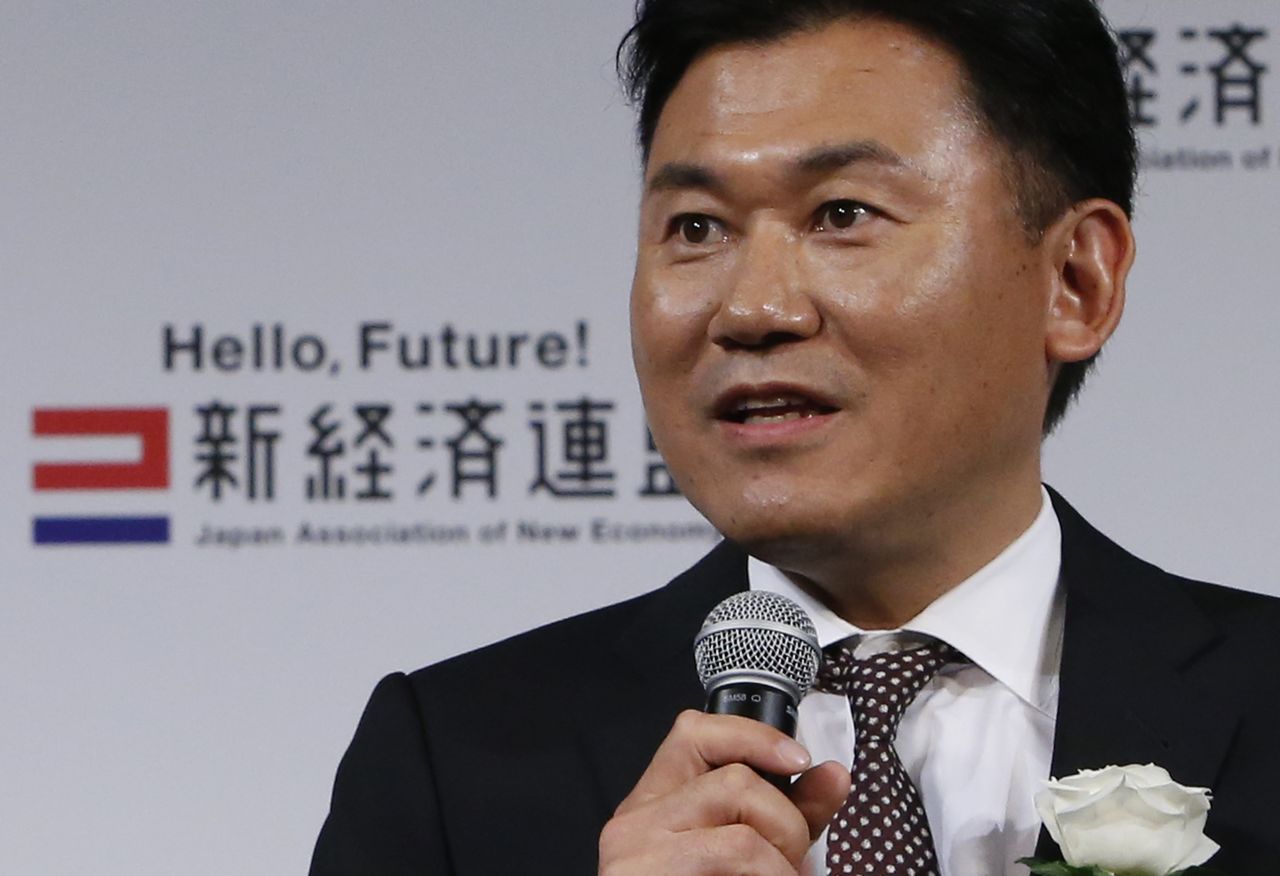 FILE PHOTO: The Representative Director of Japan Association of New Economy (JANE) and e-commerce operator Rakuten Inc’s Chairman and CEO Hiroshi Mikitani speaks in front of the logo of JANE during a new year meeting of JANE in Tokyo January 22, 2015. REUTERS/Yuya Shino

TOKYO (Reuters) - Hiroshi Mikitani, chief executive of Japanese e-commerce group Rakuten Inc, said on Wednesday it was “too risky” to hold the 2020 Tokyo Olympics this summer, as the nation struggles with a nascent fourth wave of the COVID-19 pandemic.

Mikitani’s remarks, posted to his Twitter account, come a day after 2020 organisers said they had decided to postpone a water polo test event, the latest setback to preparations for the Games which were postponed by a year due to the pandemic.

“Honestly, I feel that the Olympics this summer are just far too risky. I am against them,” the high-profile businessman wrote.

“I feel truly very sorry for the athletes, but they are not the only ones living wholeheartedly.”

Olympics organisers and the Japanese government have said the Games will be held as planned from July 23 despite the fact that a majority of the population would like to see them cancelled or postponed again.

The number of new daily COVID-19 cases in Tokyo on Wednesday was 555, the highest since early February.