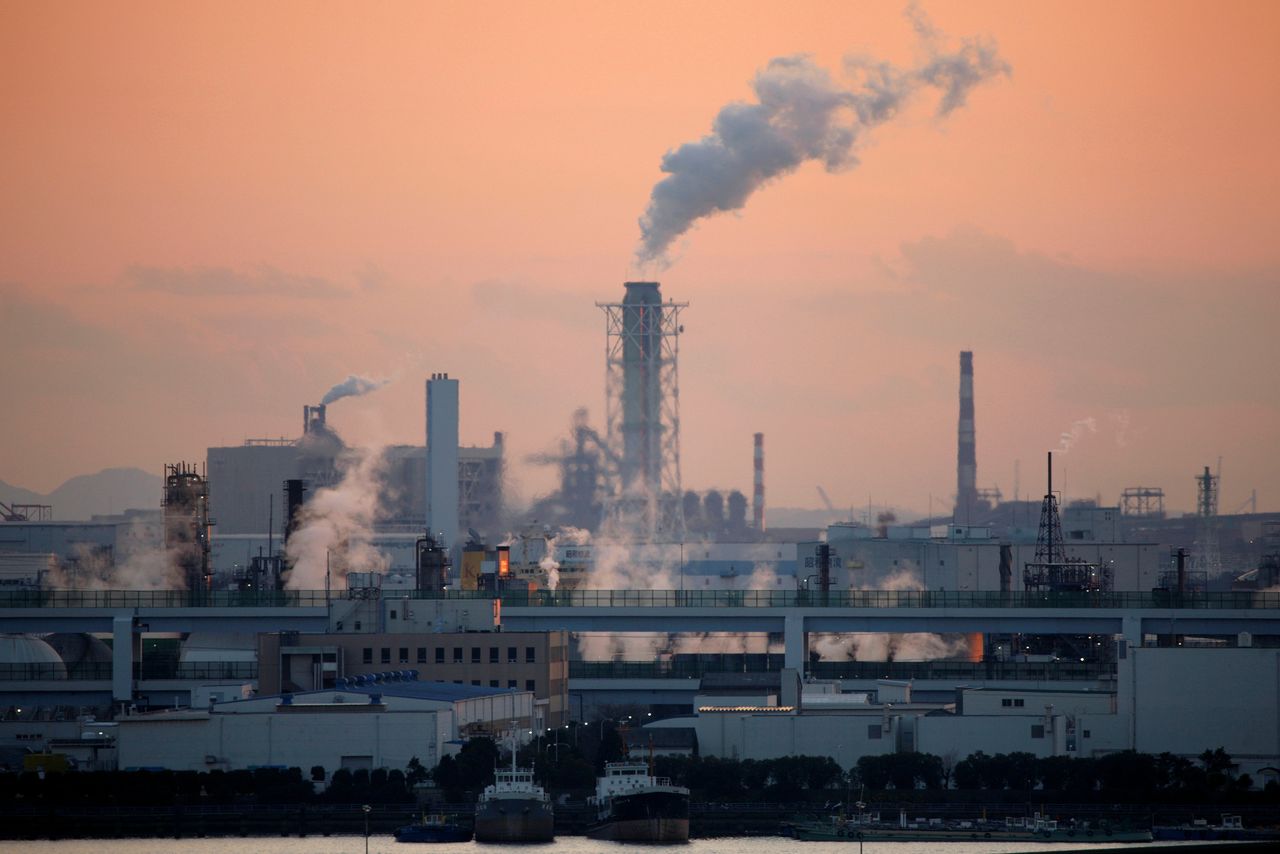 TOKYO (Reuters) - Japan is looking to raise its 2030 greenhouse gas emissions-reduction target to at least a 40% cut on fiscal 2013 levels from 26% now, Kyodo news agency said on Wednesday, citing sources close to the matter.

Prime Minister Yoshihide Suga has set a goal of making Japan carbon neutral by 2050, and the government aims to finalise the 2030 target by the G7 summit in June, Kyodo said, adding that some compromises will have to be made as there are differing views among its ministries.

Suga will meet with U.S. President Joe Biden in Washington on April 16, before attending a virtual summit of 40 leaders on climate change on April 22-23.

Biden had called for the summit and his administration is expected to announce what the White House called “an ambitious 2030 target” for reducing carbon emissions by the time it convenes.

While the Japanese environment ministry is proposing an ambitious target of reducing emissions by 45%, the industry ministry is pushing for a more conservative 35%, Kyodo said.

Japan had previously planned to finalise its new 2030 target by the United Nations’ Climate Change Conference, known as COP26, in November, but Suga decided to bring it forward based on developments in the international community, Kyodo said.

Last October, Suga declared an ambitious target of becoming a carbon-neutral society by 2050, as Japan made a major shift in its position on climate change.