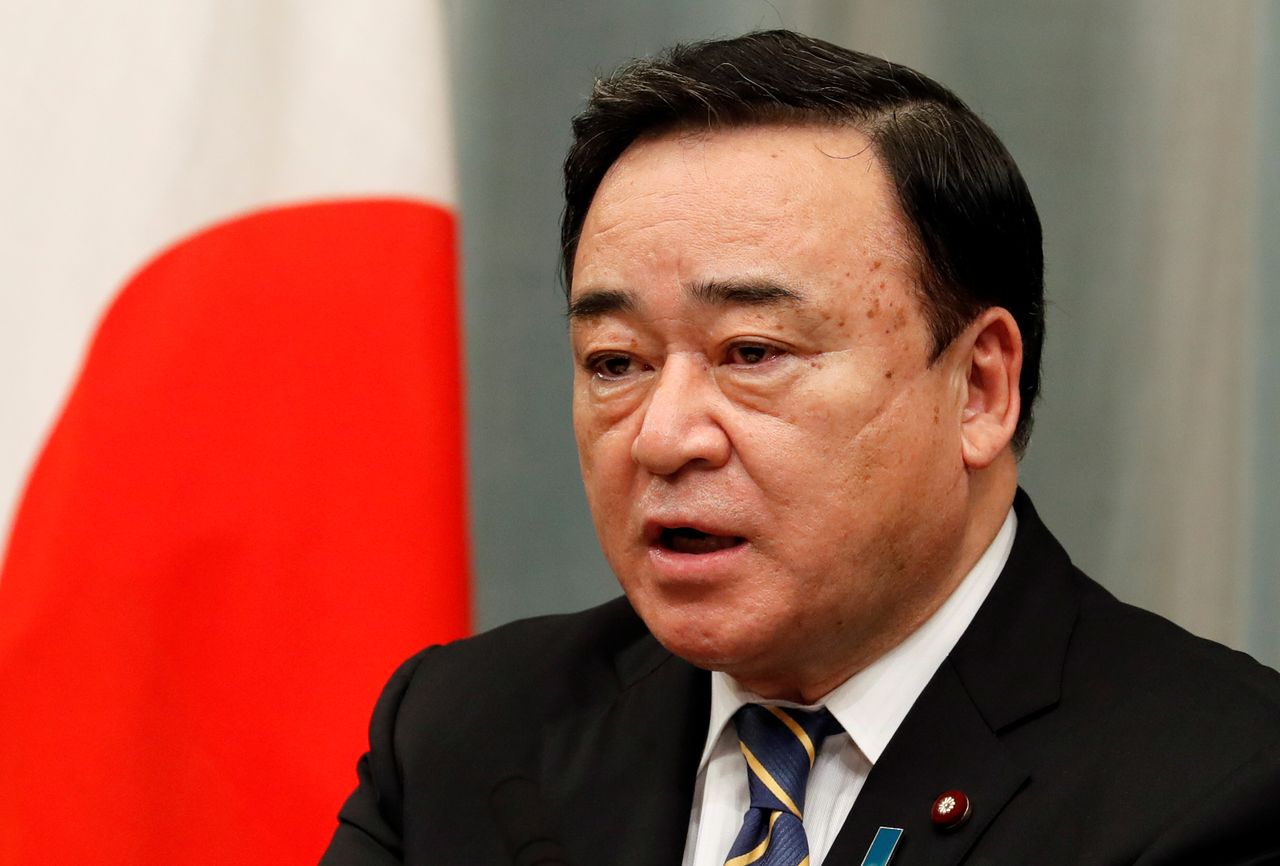 TOKYO (Reuters) - Japan’s industry minister said on Friday there was no truth to a media report that the government was aiming for a 2030 greenhouse gas (GHG) emissions reduction of 45% from fiscal year 2013 levels, against the current 26% target.

The target has to be realistic, Industry Minister Hiroshi Kajiyama told a news conference.

Kyodo news agency said on Thursday that Japan is looking to raise its 2030 GHG emissions reduction target to a 45% cut on fiscal 2013 levels from 26% now, citing government sources.