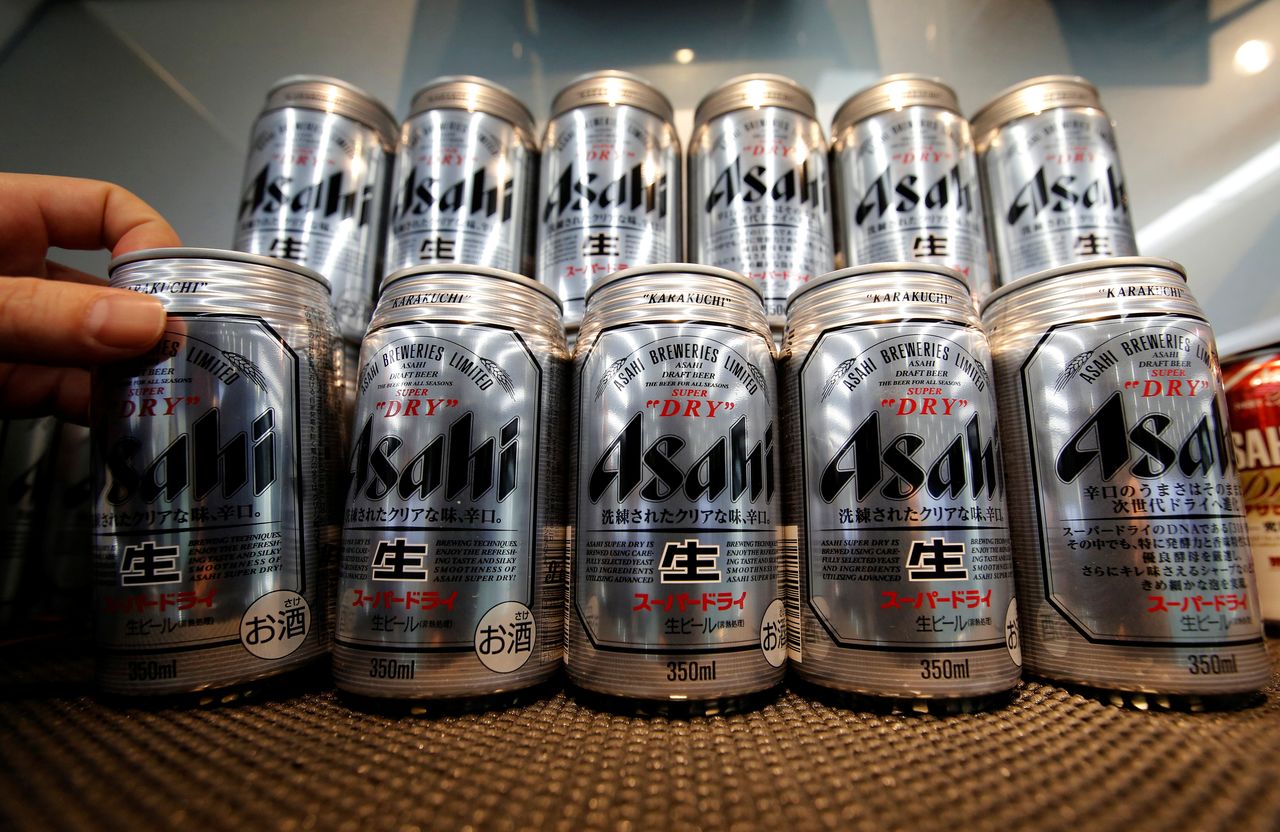 By Yuki Nitta and Rocky Swift

TOKYO (Reuters) - Japan’s Asahi Group Holdings said it will aim to halve its debt and forego overseas investments after spending $11 billion to buy the Australian operations of Anheuser-Busch InBev.

“Basically, we are not considering any large-scale acquisitions,” said Atsushi Katsuki, who became Asahi’s new chief executive in March.

The owner of brands including Asahi Super Dry, Peroni and Pilsner Urquell will aim to reduce its debt to EBITDA (earnings before interest, taxes, depreciation and amortization) to three times from six at the end of December.

Asahi won regulatory approval last year to buy the Australian brands Carlton & United Breweries (CUB) after agreeing to sell other assets in the country. Katsuki previously led Asahi’s operations in Australia and Oceania before becoming its chief financial officer in 2019.In mature markets like Japan and Europe, Katsuki told Reuters he wanted to “premiumize” products: selling drinks at higher prices as shrinking populations mean that high volume sales may no longer be possible.

In Japan, Asahi has been hit harder than rivals by the COVID-19 pandemic due to its dependence on keg sales to restaurants and bars - many of which have struggled amid the prolonged crisis. Even so, the company in February forecast its full-year operating profit will exceed levels seen in 2019.