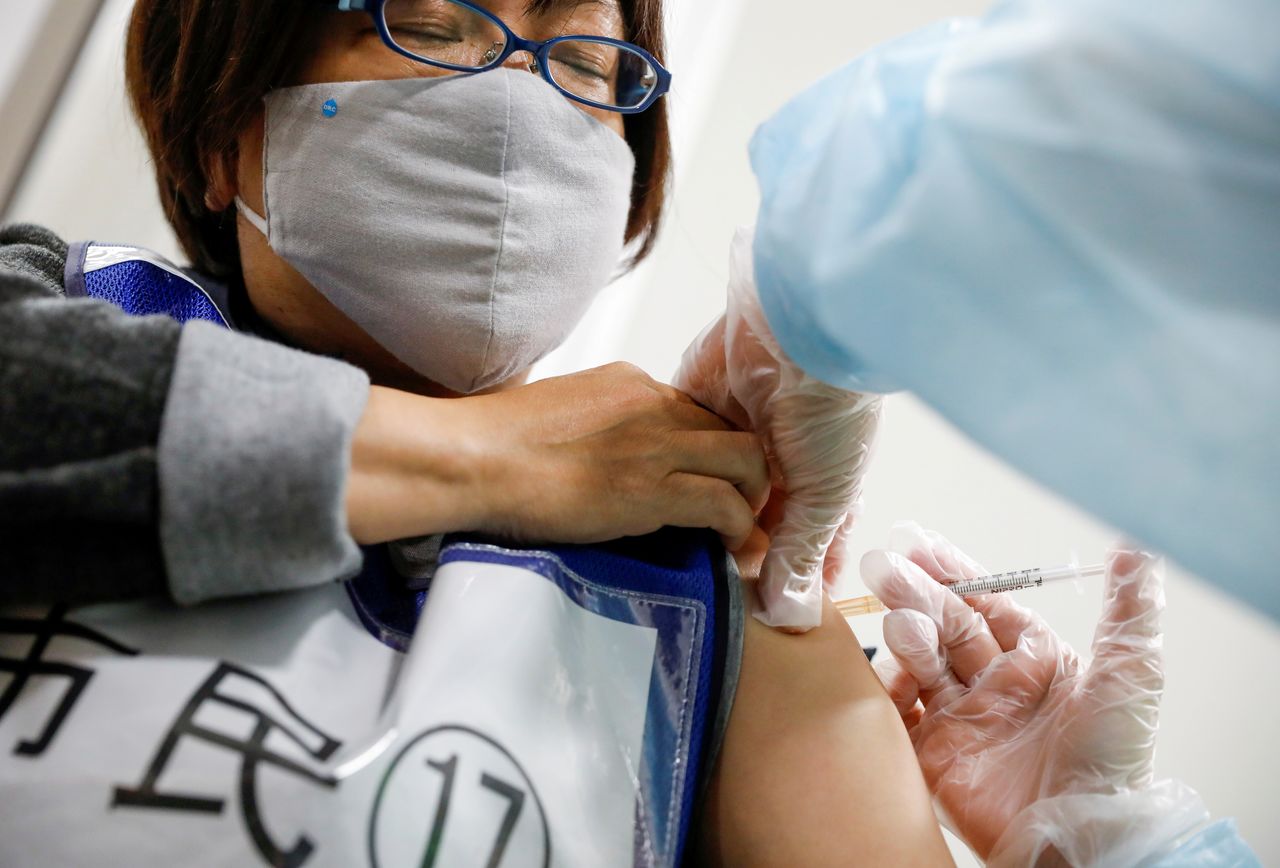 TOKYO (Reuters) -Japan began COVID-19 vaccinations for its sizable elderly population on Monday, with imported doses still in short supply and the pace unlikely to stop a fourth wave of infection.

Shots for people aged 65 and above began at some 120 sites across the country, using Pfizer Inc’s vaccine made in Europe and delivered to the regions in the past week.

Just 2,810 people in Tokyo are expected to get a shot from the first batch, while most regions will receive 1,000 doses or fewer, according to a health ministry schedule. Japan has a rapidly ageing population totalling 126 million.

Touring a vaccination center in Hachioji, west of Tokyo, Prime Minister Yoshihide Suga said he expected to secure some 100 million vaccine doses by the end of June, more than enough to give two doses to the elderly population of 36 million.

“We would like to deliver (the vaccines) to as many people as possible as soon as possible,” Suga said.

Tokyo on Monday began a month-long period of quasi-emergency measures to blunt a fourth wave of contagion driven by virulent mutant strains and with the planned start of the Summer Olympics just over 100 days away.

Shots for the general populace are not likely to be available until the late summer or even winter, too late to stem a resurgence of cases that appears to be focused on people in their 30s and 40s, according to Haruka Sakamoto, a physician and researcher at Keio University in Tokyo.

“The currently available vaccination cannot prevent the fourth wave of the pandemic,” she said. “I think the younger generation is now going to be more greatly affected compared to the previous waves.”

Japan was among the last major economies to begin COVID-19 inoculations when it started in mid-February, after domestic trials to ensure safety. Japan is dependent on Pfizer’s vaccine as the only COVID-19 shot approved by domestic regulators.

About 1.1 million people in Japan, mostly frontline healthcare workers, have received at least one dose of the Pfizer vaccine’s two-shot regimen so far.

Taro Kono, the minister in charge of vaccines, has defended the pace, saying local governments wanted time to prepare.

“After tomorrow, we will inform the prefectures how much we can distribute, and they will decide how much to allocate to each municipality,” Kono said on national broadcaster NHK on Sunday.