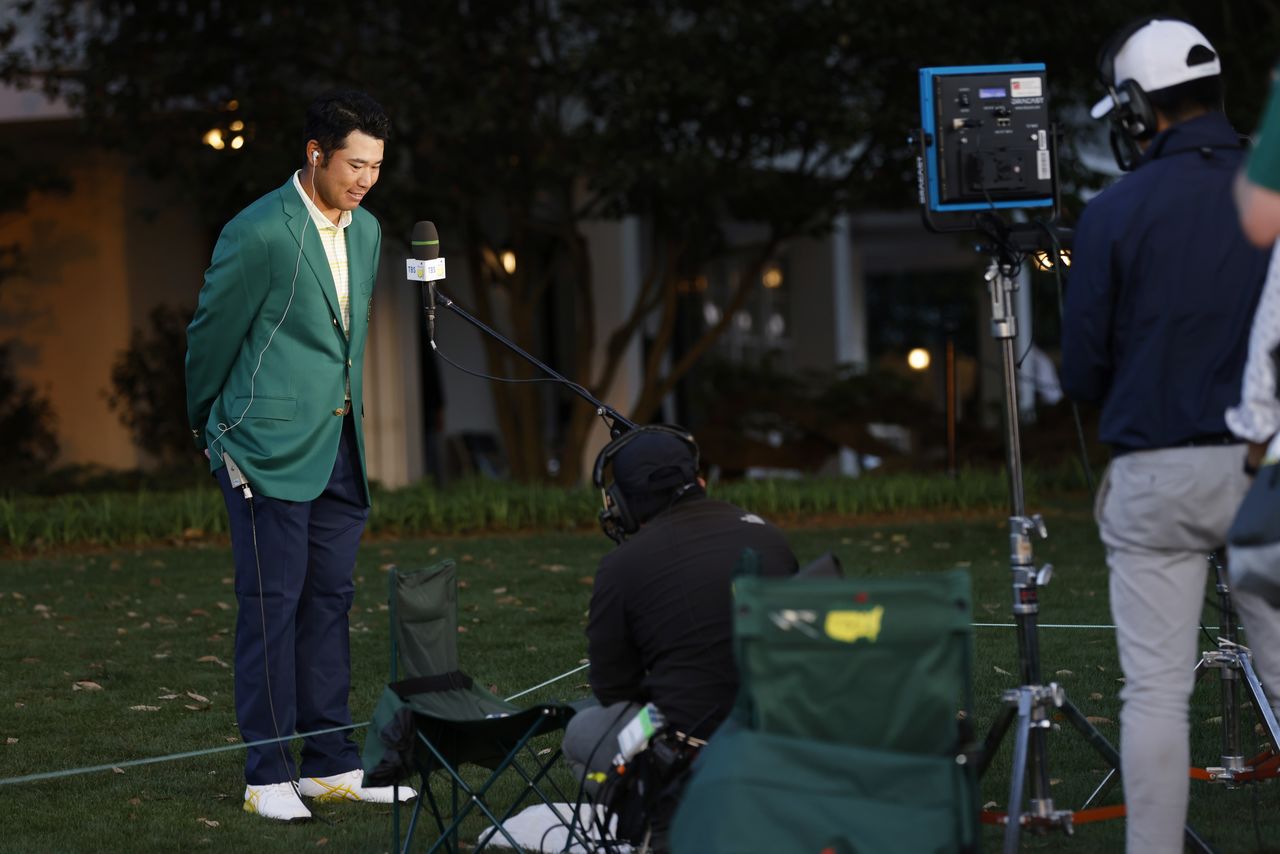 TOKYO (Reuters) -Japan sucked in its breath as Hideki Matsuyama almost blew his chance to win the Masters but the golfer’s one-shot victory at Augusta National sparked a joyous reaction back home as the country celebrated another sporting triumph in testing times.

Matsuyama, 29, became the first man from Japan to win one of golf’s major titles, a feat that drew praise from government and Olympics officials with the Tokyo Games just three months away.

Katsunobu Kato, Japan’s top government spokesman, expressed “congratulations and respect from the heart” for Matsuyama’s “historic” win, which came as another ray of hope during the COVID-19 pandemic.

“It is another bright piece of news of a Japanese athlete’s outstanding performance on the global stage under tough circumstances like training,” Kato told a regular news conference.

Kato pointed to tennis player Naomi Osaka’s win at the Australian Open and Shohei Ohtani’s outstanding performance both as a hitter and a batter this week in Major League Baseball as further evidence of Japan’s sporting success.

Prime Minister Yoshihide Suga called Matsuyama’s win “wonderful” and a source of pride and courage for the Japanese people during the difficulties posed by the pandemic.

But Matsuyama’s march to win the coveted Green Jacket hit a speed bump on the par five 15th, where his approach shot went in the water behind the green.

He could only make bogey while playing partner Xander Schauffele birdied the hole, turning Matsuyama’s comfortable four-shot cushion into a slender two-shot lead.

Schauffele’s triple-bogey at the next hole gave Matsuyama some breathing space and while he dropped two more strokes over the closing three holes it was enough for a one-shot win over Masters debutant Will Zalatoris.

Matsuyama’s win has prompted calls for him to be given the honour of lighting the Olympic Games cauldron at the opening ceremony in July.

“It would be quite an honour,” he said in a PGA Tour statement. “But I’m not sure about my schedule. If the schedules worked out and I am in Japan when that happens and they ask me, what an honour that would be.”

Hidemasa Nakamura, the Games delivery officer for the Tokyo Olympics organising committee, told Reuters he stayed up late at night to watch Matsuyama.

“It was a nice encouragement because we would like to prepare for this summer in Tokyo so that such hard-working players can play an active role,” he said.

“Today I watched many slow motion videos through the broadcast and it’s a dream,” said Masachika Sawano, a 48-year-old lawyer.

“If I could do just one of Mr. Matsuyama’s plays, that would be nice,” he told Reuters at Hills Golf Academy in Tokyo.

Taishi Fukuzawa, the school’s manager, was hoping for a boost in business.

“With this, even those who don’t golf -- as we do have the Olympics this year as well -- can hopefully know about golf,” Fukuzawa said.

“I hope that this will pump up the golf industry.”