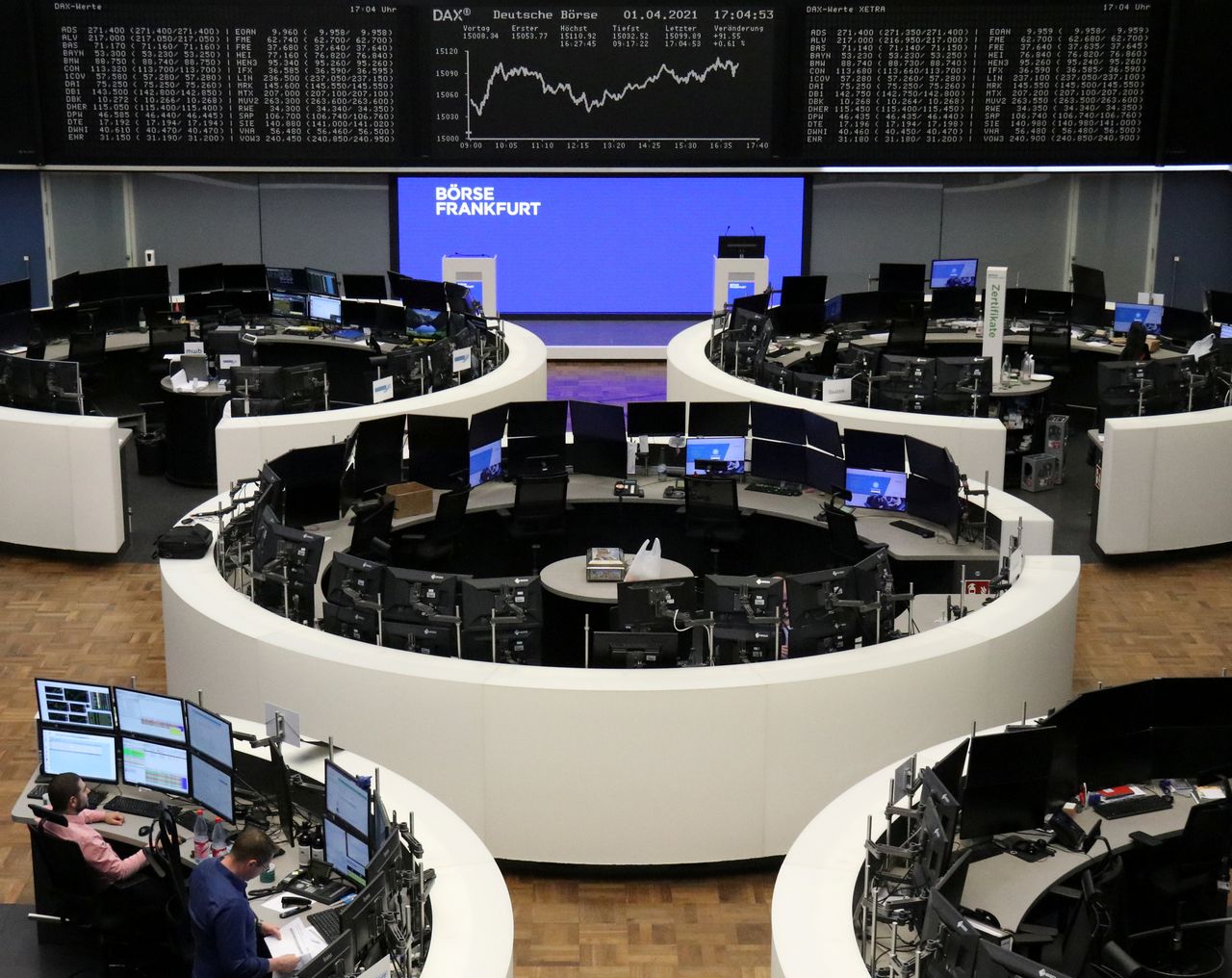 LONDON (Reuters) -Global stock markets pushed to record highs on Wednesday as bond yields eased, after data showed U.S. inflation was not rising too fast as the economy re-opens.

With fears receding for now that a strong inflation reading might endanger the Federal Reserve’s accommodative stance, European shares were 0.2% higher.

Gains were capped after Johnson & Johnson said it would delay rolling out its COVID-19 vaccine to Europe, after U.S. health agencies recommended pausing its use as six women developed rare blood clots.

Japan bucked the trend, with the Nikkei falling 0.4% as a rising number of coronavirus cases raised doubts about its economic recovery with 100 days to go until Tokyo is scheduled to host the Olympics.

MSCI’s gauge of equity performance in 50 countries advanced 0.2% to a record high.

The U.S. consumer price index rose 0.6% in March, the biggest increase since August 2012, as rising vaccinations and fiscal stimulus unleashed pent-up demand, data showed on Tuesday. Economists polled by Reuters had forecast the CPI would rise 0.5%.

In the 12 months through March, the CPI surged 2.6%. That was the largest gain since August 2018 and followed a 1.7% increase in February.

But the data are unlikely to change Federal Reserve Chair Jerome Powell’s view that higher inflation in the coming months will be transitory. Powell is scheduled to speak later in the day at the Economic Club of Washington.

“People are now waiting for earning season, which should give us more visibility on the outlook and whether the significant market performance we’ve seen is logical and sustainable,” he said.

Deutsche Bank’s equity strategists expects S&P 500 earnings to come in 7.5% above consensus, well above the historical average of 4% but lower than in the previous three quarters.

For bond markets, the question is whether the benchmark yield can break below 1.6% from as low as 1.611% on Wednesday, Westpac strategists wrote in a client note. “That has been an important technical level, which if broken could see a quick move to 1.5%,” they said.

The 10-year U.S. Treasury yield had surged to a 14-month high of 1.776% on March 30 on bets that massive fiscal stimulus would speed up a U.S. recovery, stoking faster inflation than Fed policymakers anticipated and prompting it to raise interest rates sooner than expected.

But yields have eased this month, in part owing to the Fed’s insistence that labour market slack will prevent the economy from overheating.

A spate of strong auction results, including Tuesday’s, has also helped to tame yields. [US/]

Euro zone bond yields, which had been rising in line with U.S. Treasury yields on hopes for a strong economic recovery later this year and increased inflation, on Wednesday dropped 1 to 3 basis points. [L8N2M71FO]

The U.S. dollar eased along with Treasury yields, holding near a one-month low. It edged 0.1% lower versus a basket of other currencies to 91.75, its lowest level since March. 19.[FRX/]

Bitcoin hit a record above $64,500, extending its 2021 rally on the day Coinbase shares are due to list in the United States.