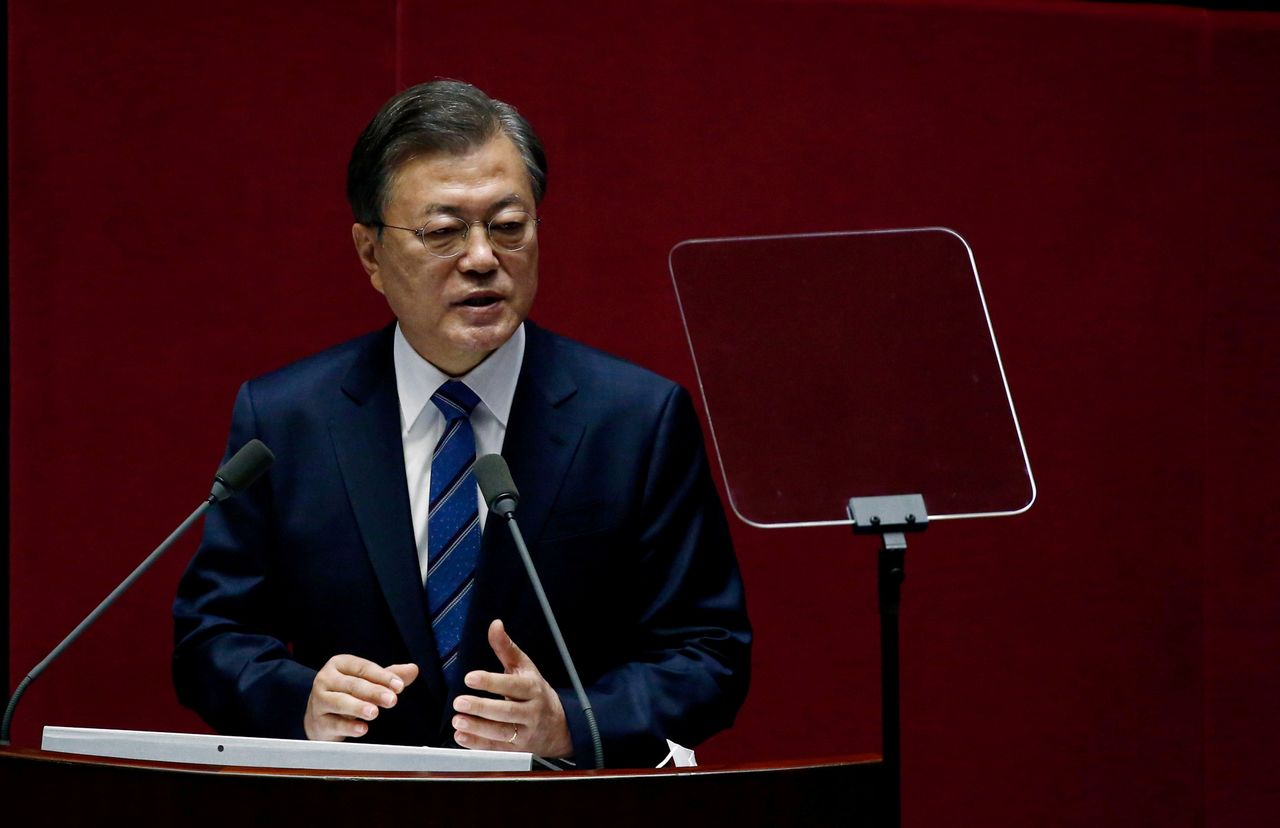 Japan unveiled plans on Tuesday to release more than 1 million tonnes of contaminated water into the sea from the plant crippled by a 2011 earthquake and tsunami, starting in about two years after filtering it to remove harmful isotopes.

Moon, at a separate meeting on Wednesday, called for looking into ways to refer Japan’s move to the International Tribunal for the Law of the Sea, including filing for an injunction, his spokesman Kang Min-seok told a briefing.

Moon also expressed concerns about the decision as Aiboshi presented his credentials, having arrived in South Korea in February for the ambassador’s post.

“I cannot but say that there are much concerns here about the decision as a country that is geologically closest and shares the sea with Japan,” Moon said, asking Aiboshi to convey such worries to Tokyo, according to Kang.

A series of protests against the move by politicians, local officials, fishermen and environmental activists took place in South Korea on Wednesday, including in front of the Japanese embassy in Seoul and consulates in the port city of Busan and on Jeju island.

A coalition of 25 fisheries organisations staged a rally and delivered a written protest to the embassy, urging Tokyo to revoke the decision and Seoul to ban imports of Japanese fisheries.

“Our industry is on course to suffer annihilating damage, just with people’s concerns about a possible radioactive contamination of marine products,” it said in a statement.

The progressive minor opposition Justice Party and some 30 anti-nuclear and environmental groups called Japan’s move “nuclear terrorism,” and said they sent the Japanese embassy a list of signatures of more than 64,000 people opposed to the move collected from 86 countries since February.