By Trevor Hunnicutt and David Brunnstrom

Biden and Suga are expected to agree on a joint statement on the Chinese-claimed but democratically ruled island at Biden’s first in-person meeting with a foreign leader, said the official, who spoke on the condition of anonymity.

Biden and Suga will also discuss Beijing’s treatment of Muslims in the Xinjiang region and its influence over Hong Kong, while announcing a $2 billion Japanese investment in 5G telecommunications to counter China’s Huawei Technologies.

“You’ve seen a series of statements out of both the United States and Japan on the cross-strait circumstances on Taiwan, on our desire for the maintenance of peace and stability, on preserving the status quo, and I expect that you will see both a formal statement and consultations on these matters,” the senior administration official told reporters.

The last time U.S and Japanese leaders referred to Taiwan in a joint statement was in 1969, when Japan’s prime minister said maintenance of peace and security in the “Taiwan area” was important for its own security. That was before Tokyo normalized ties with Beijing.

The move now aims to ratchet up pressure on China. However, such a statement appears likely to fall short of what the United States has been hoping to see from Suga, who inherited a China policy that sought to balance security concerns with deep economic ties when he took over as premier last September.

In a statement after a March meeting of U.S.-Japan defense and foreign ministers, the two sides “underscored the importance of peace and stability in the Taiwan Strait” and shared “serious concerns” about human rights in Hong Kong and Xinjiang.

The U.S. official said the summit statement would follow on “nicely” from that, and that both countries, while not wanting to raise tensions or provoke China, sought to send a clear signal that Beijing’s dispatch of warplanes into Taiwan’s airspace was incompatible with peace and stability.

China’s foreign ministry spokesman Zhao Lijian said Friday that China has expressed solemn concern about what he called “collusion” between Japan and the United States, and the countries should take China’s concerns seriously.

Taiwan President Tsai Ing-wen told emissaries visiting at Biden’s request on Thursday that the island would work with the United States to deter threats from Chinese military activities.

The visit was “another concrete display showing the Taiwan-U.S. relationship really is rock solid”, Taiwan’s Foreign Ministry said on Friday, after the delegation left.

China has never renounced the use of force to bring Taiwan under its control.

A Japanese foreign ministry official said this week it had not been decided whether there would be a joint statement, and two Japanese ruling party lawmakers familiar with the discussions said officials have been divided over whether Suga should endorse a strong statement on Taiwan.

The U.S. official said Washington expected “each of our countries has slightly different perspectives” and would not “insist on Japan somehow signing on to every dimension of our approach.”

“We also recognize the deep economic and commercial ties between Japan and China and Prime Minister Suga wants to walk a careful course, and we respect that,” he added.

With his first in-person summit with Suga and another planned with South Korea’s leader in May, Biden is working to focus U.S. military and diplomatic resources to the Indo-Pacific and managing China’s rising global power, which Biden sees as the critical foreign policy issue of the era.

“The big issues that are playing out are playing out in the western Pacific, and Afghanistan was really receiving a disproportionate amount of time and focus and attention to the senior-most leadership,” said the U.S. official, after Biden announced plans to withdraw U.S. forces from Afghanistan by Sept. 11.

Biden hopes to energize joint efforts with Australia, India and Japan, known as the Quad, plus South Korea, to counter both China and a longtime foe, North Korea. Biden and Suga are expected to announce plans for the next Quad meeting on Friday, the official said.

Presenting a united front will require a delicate balancing act given Japan and South Korea’s economic ties with China and the frosty relations between Seoul and Tokyo.

“It is concerning to us, even to the point of being painful, for us to see relations between Japan and South Korea fall to the current level,” the U.S. official said.

“The political tensions are such that we believe it actually impedes all of our abilities to be effective in Northeast Asia, and I think the president will want to discuss this in some detail with Prime Minister Suga.”

Relations between Tokyo and Seoul have frayed over issues connected to Japan’s 1910-45 colonization of Korea, including that of Korean women forced to work in Japanese wartime brothels. 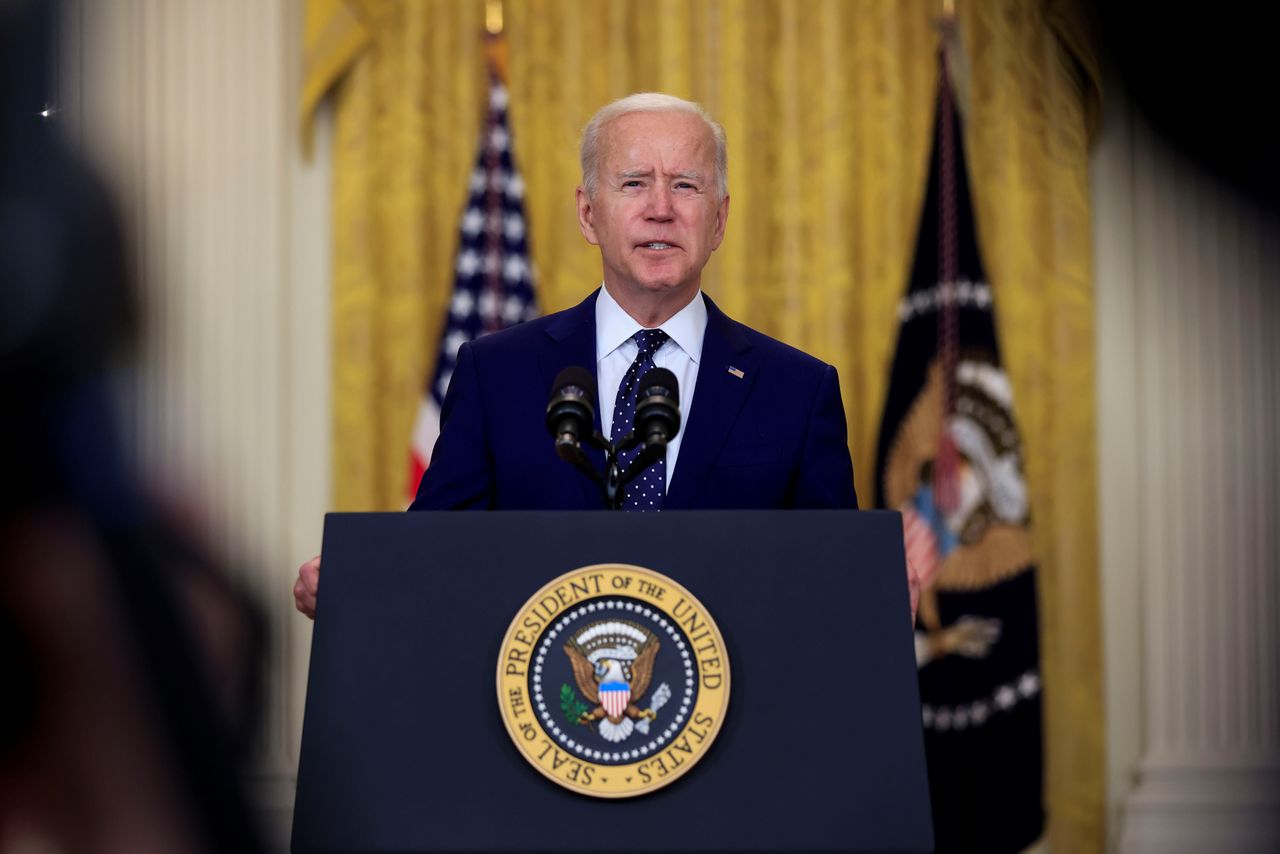 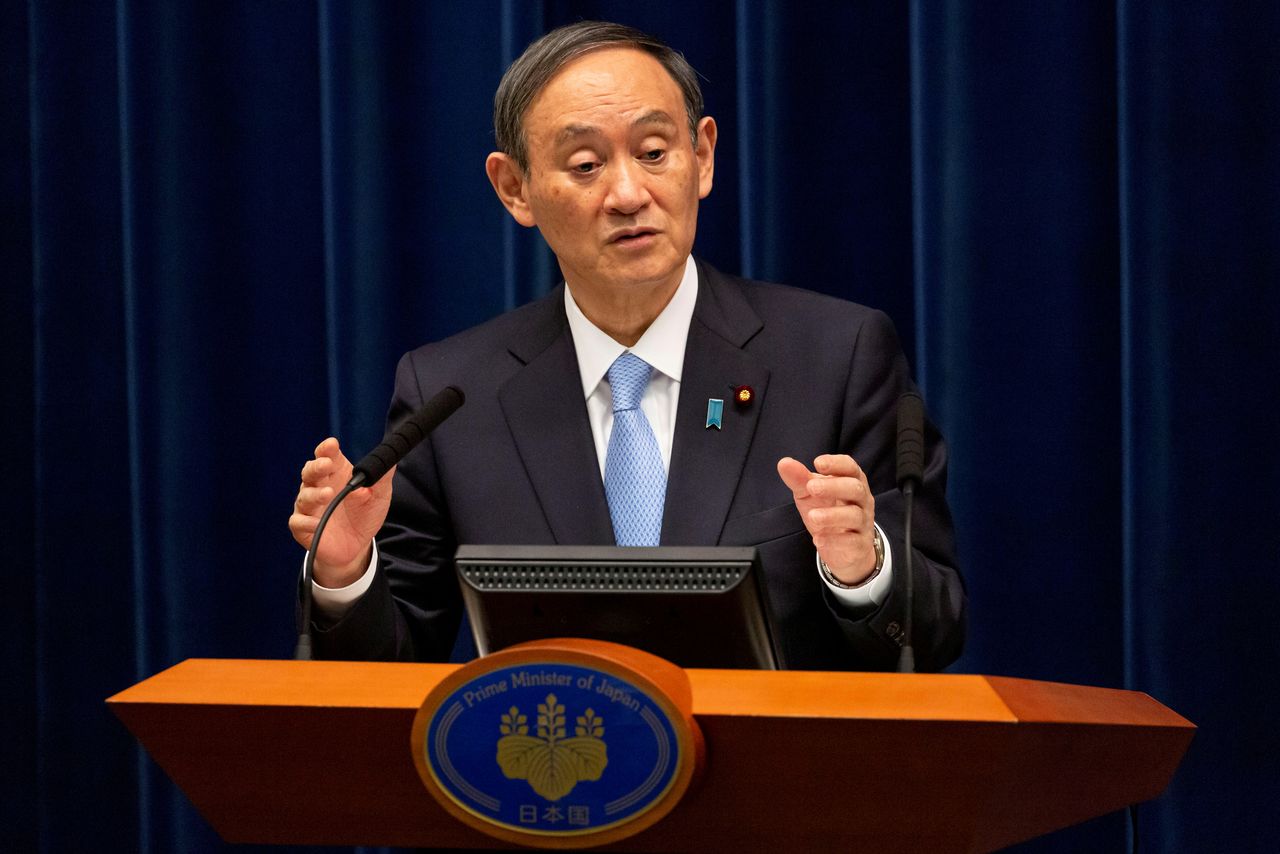