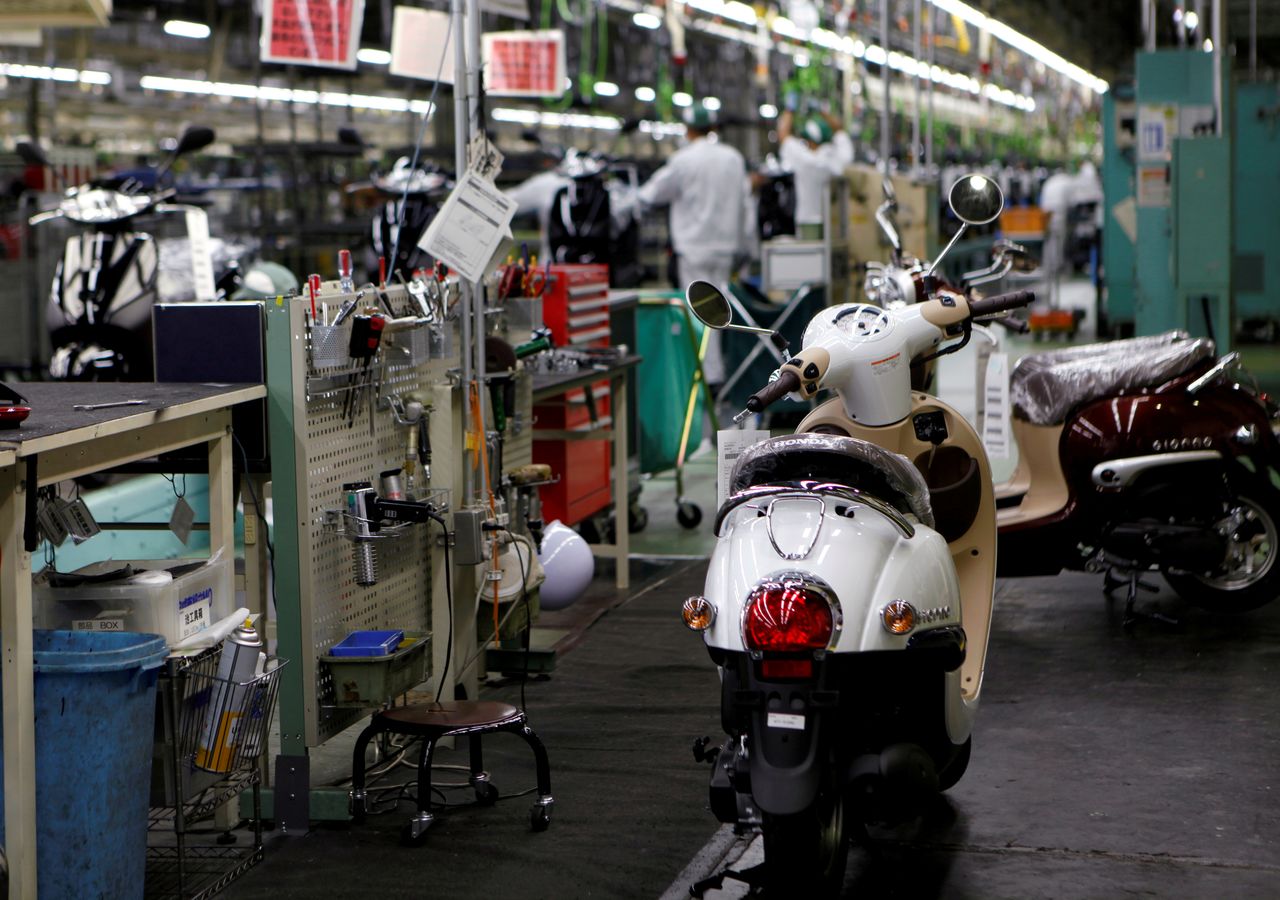 TOKYO (Reuters) - Confidence among Japanese manufacturers rose to a more than two-year high in April, as strong demand in the electronics market and favourable exchange rate conditions boosted prospects for exporters, a Reuters poll showed on Friday.

Manufacturers in the service sector were also slightly less pessimistic than the previous month, according to the Reuters Tankan poll, which tracks the Bank of Japan’s (BOJ) closely watched tankan quarterly survey.

But manufacturers highlighted uncertainty about the global economic outlook and cited problems with sourcing materials for production, in a sign Japan’s recovery from the coronavirus crisis remains patchy. Many companies are reluctant to invest amid worries over a fourth wave of COVID-19 cases.

“The semiconductor market is recovering, but on the other hand conditions for acquiring materials are tight due to a rapid rise (in demand),” a manager at a machinery maker said.

Electronic components makers, however, have gained as the pandemic fuelled demand for advanced chips and other products to power devices such as smartphones and laptops, triggering a global chip shortage.

The Reuters Tankan sentiment index for manufacturers improved to 13 from 6 in the previous month, hitting its highest since February 2019, the survey carried out from April 2-13 showed.

The service sector index remained in contraction for the 14th straight month, rising to minus 3 from minus 5 in March, according to the poll of 482 large- and mid-sized companies, in which 243 firms responded on condition of anonymity.

The Reuters Tankan index readings are derived by subtracting the percentage of respondents who say conditions are poor from those who say they are good. A negative reading means pessimists outnumber optimists.

“While there is still impact from the coronavirus, our profits are expected to increase thanks to cost reduction,” a manager at a steel maker wrote in the survey.

Another manager, at a metal products maker, said the conditions were good because of the yen’s stable exchange rate versus both the U.S. dollar and the euro.

The central bank, which slightly loosened its grip on long-term interest rates last month and laid the groundwork to taper its huge asset purchases, will hold its next rate review April 26-27.

In the Reuters Tankan survey, others said struggles to secure key production ingredients, which include raw materials and intermediate goods, were putting strains on business activity.

“Our production decreased due to a lack of raw materials,” a manager at a steel maker said.

Another manager, at an electric machinery maker also said his company was seeing a decline in sales due to a shortage of production materials.

Manufacturers’ business confidence was seen unchanged at 13 in July, while that of service-sector firms was forecast to rise to 2, the survey showed.