Biden says Japan and U.S. committed to working together on China, North Korea 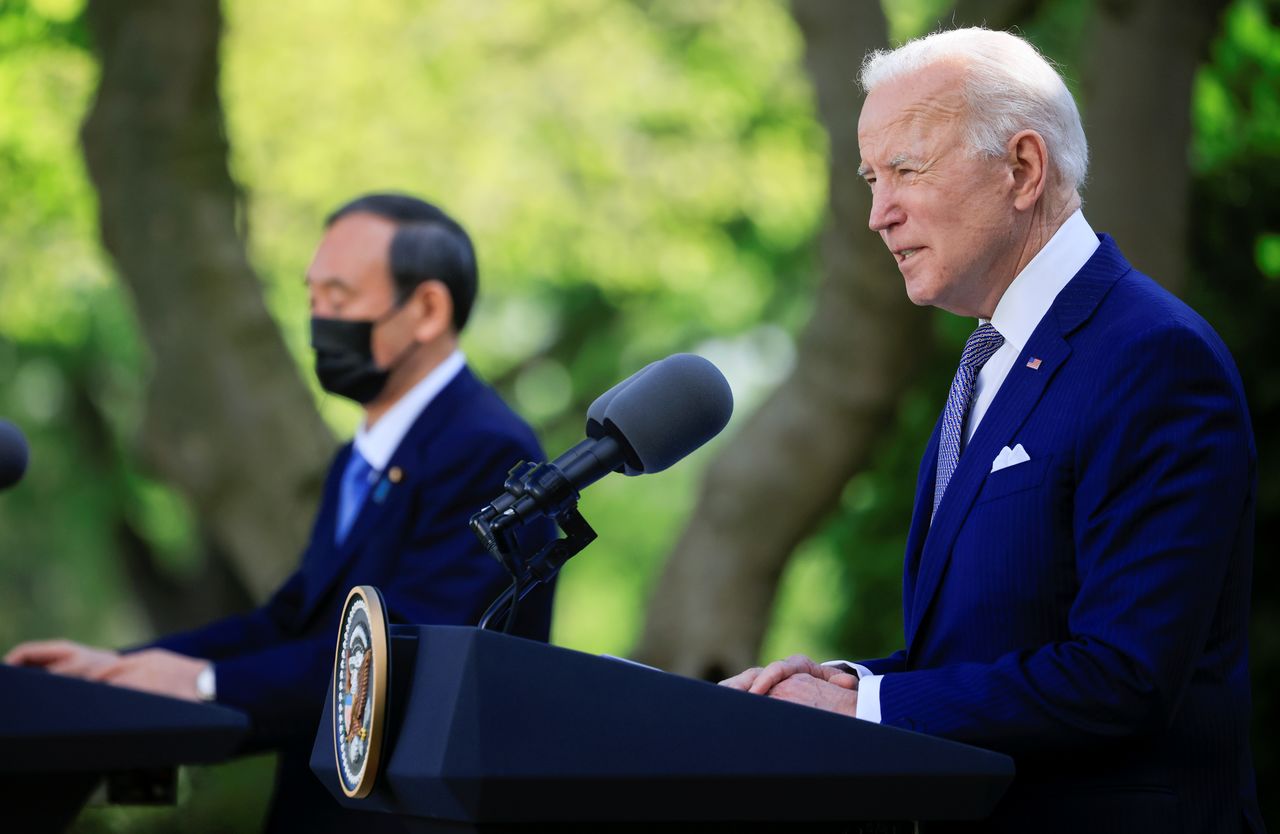 WASHINGTON (Reuters) -U.S. President Joe Biden said he had a productive summit with Japanese Prime Minister Yoshihide Suga on Friday and the two countries were committed to working together on issues including China and North Korea.

Biden spoke at a White House news conference after an afternoon of talks with Suga, the first in-person summit of his presidency.