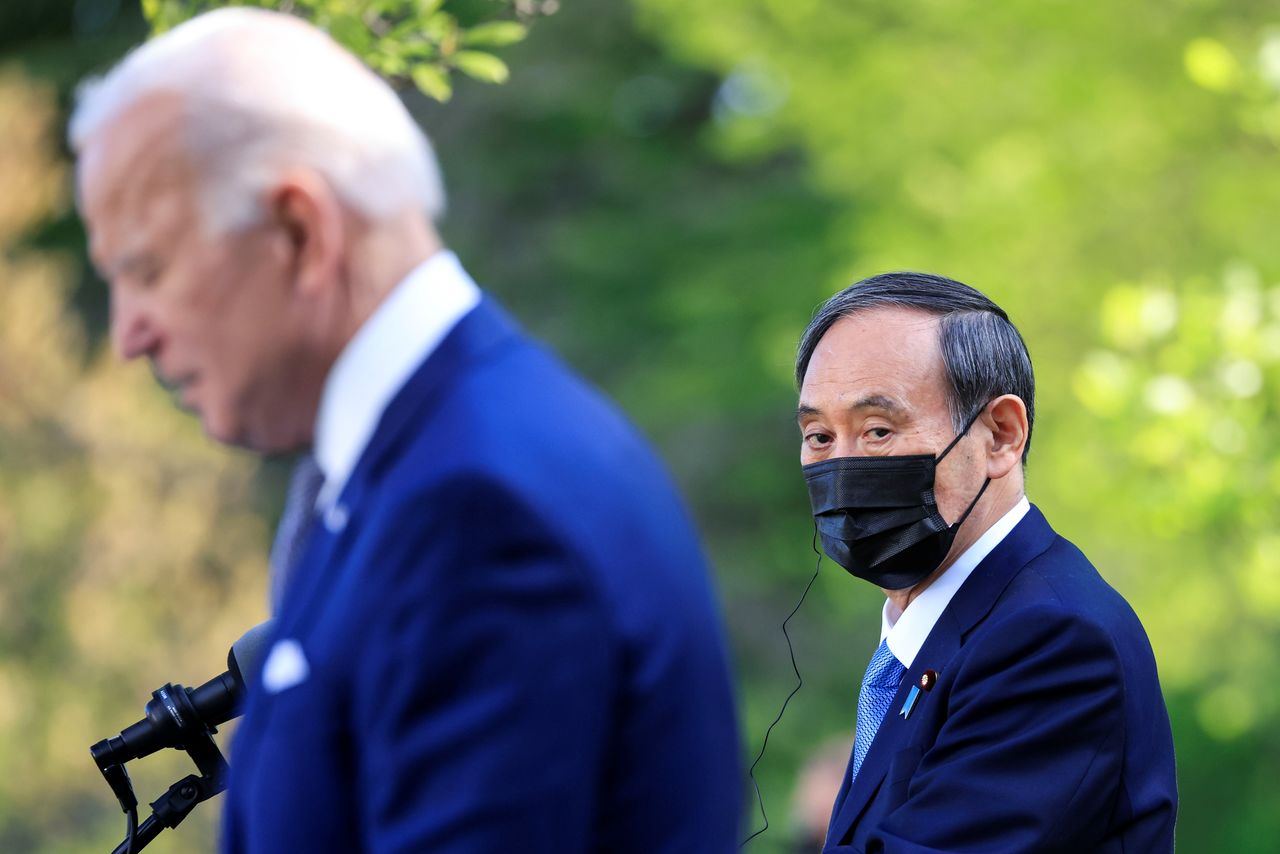 WASHINGTON (Reuters) -Japanese Prime Minister Yoshihide Suga said he had discussed the Taiwan situation and the situation in China’s Xinjiang province with U.S. President Biden on Friday and the two had reaffirmed the importance of peace and stability in the Taiwan Strait.

“We ... discussed the circumstances in Taiwan and Xinjiang Uighur Autonomous Region,” Suga told a joint news conference at the White House after summit talks with Biden.

“I refrain from mentioning details, since it pertains to diplomatic exchanges, but there is already an agreed recognition over the importance of peace and stability of the Taiwan Straits between Japan and the United States, which was reaffirmed on this occasion,” he said.

“I also explained Japan’s position and initiatives regarding the situation in Xinjiang Uighur Autonomous Region to the president, who I think understood my points.”

Suga also said he and Biden agreed on the need for frank discussions with China in the context of protecting universal values and stability in international relations.

On North Korea, he said the two agreed to insist that Pyongang abide by United Nations resolutions on its nuclear and missile programs.