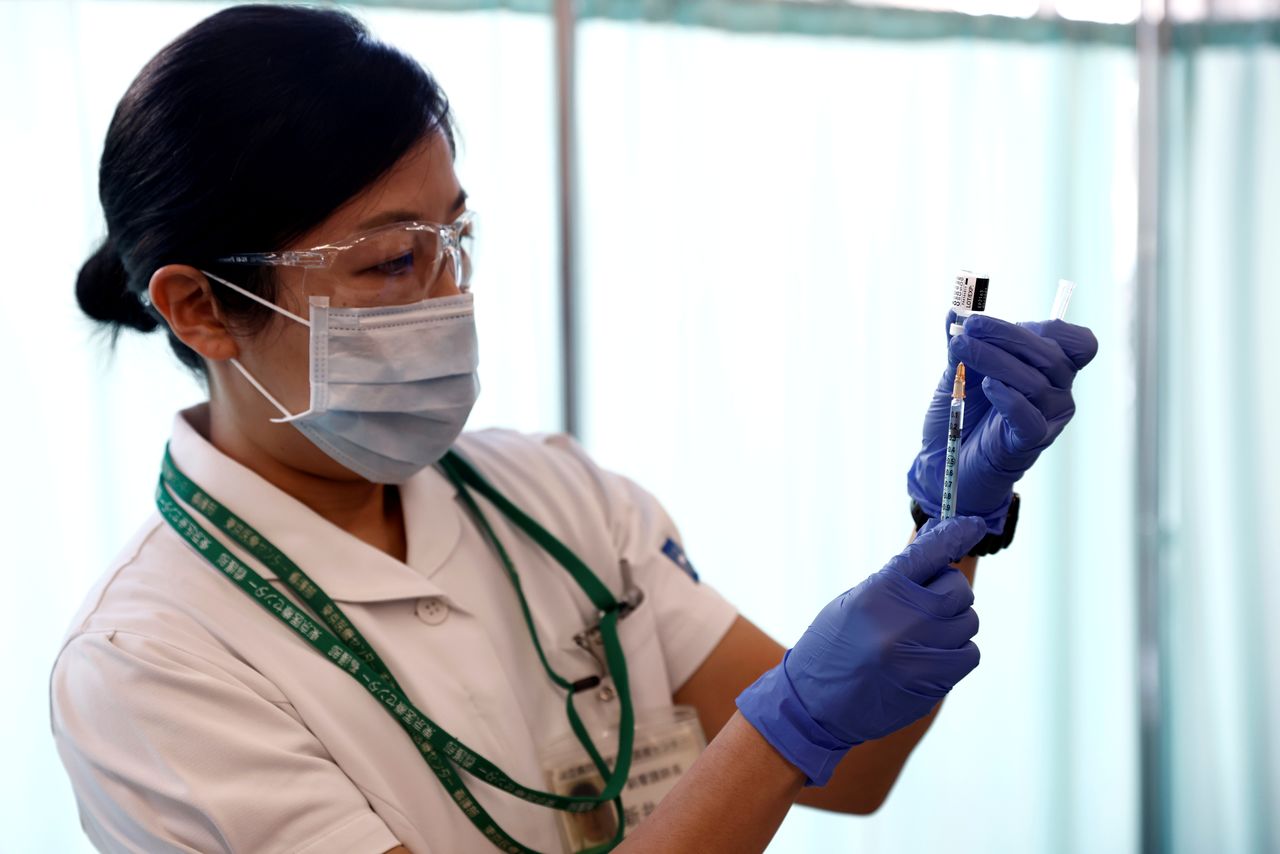 FILE PHOTO: A medical worker fills a syringe with a dose of the Pfizer-BioNTech coronavirus disease (COVID-19) vaccine as Japan launches its inoculation campaign, at Tokyo Medical Center in Tokyo, Japan February 17, 2021. Behrouz Mehri/Pool via REUTERS

Pfizer confirmed in an email that Pfizer CEO Albert Bourla met with Suga virtually to discuss vaccine supply on the last day of Suga's three-day visit to Washington. The Pfizer/BioNTech vaccine is the only one approved in Japan.

Inoculations of Japan's sizable elderly population began on Monday, but some experts cautioned that the general population may not have access to vaccination until late summer or even winter because of constrained supplies.

Japan was among the last major economies to begin COVID-19 inoculations when it started in mid-February, after domestic trials to ensure safety.

Only 0.9% of the Japanese public received their first vaccine shot as of Friday, compared with 2.5% in South Korea, and 48% in the United Kingdom.

Japan's top health experts have acknowledged that the COVID-19 pandemic has entered a fourth wave.

Japan has exhibited "poor performance" in containing virus transmission, along with limited testing capacity and a slow vaccination rollout, according to a commentary of health experts published in the British Medical Journal on Wednesday.

Tokyo's Olympics chief said on Friday that Japan was committed to holding a safe Games this summer, as a surge in COVID-19 cases prompted an expansion of contagion controls and with fresh calls for the Games to again be postponed or canceled.

(Reporting by Kanishka Singh in Bengaluru; editing by John Stonestreet and Cynthia Osterman)