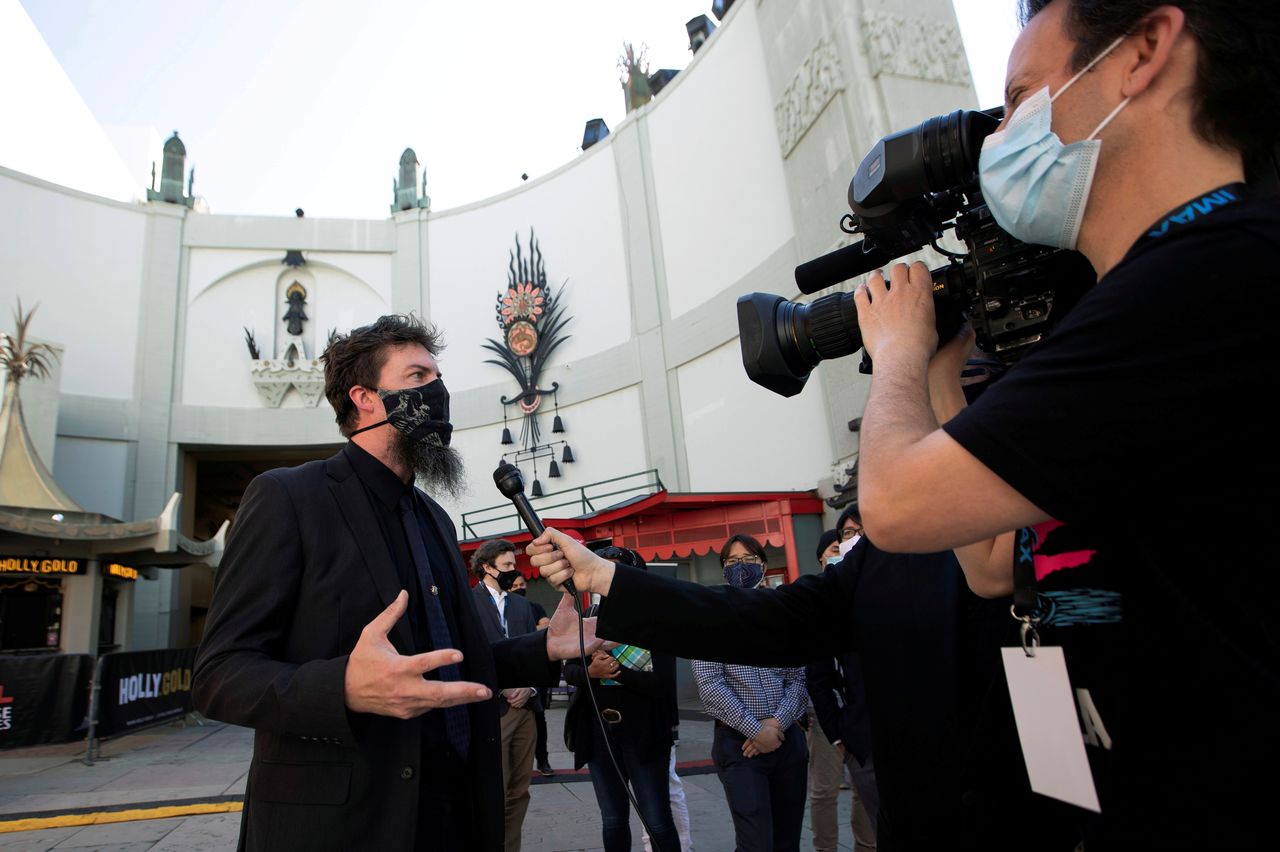 FILE PHOTO: Adam Wingard, director of the upcoming movie "Godzilla vs. Kong", is interviewed at a ribbon cutting ceremony ahead of the reopening of the TCL Chinese theatre during the outbreak of the coronavirus disease (COVID-19), in Los Angeles, California, U.S., March 29, 2021. REUTERS/Mario Anzuoni/File Photo

LOS ANGELES (Variety.com) - "Godzilla vs. Kong" remained atop the domestic box office in its third weekend of release. The Legendary and Warner Bros movie added another $7.7 million, boosting its North American tally to $80.5 million.

The film looks to be the first to cross $100 million in the U.S and Canada since the pandemic began. Its ticket sales are especially notable, and not just because movie theaters across the country have been operating at reduced capacity. "Godzilla vs. Kong" has been available on HBO Max to subscribers, meaning people who pay for the streaming service can watch it at home for no extra charge. Warner Bros. entire 2021 slate will follow a similar release pattern.

Given the impaired marketplace, new releases have been few and far between. That has given "Godzilla vs. Kong" and other holdover titles free rein over box office charts.

Universal's "Nobody," an action thriller starring Bob Odenkirk, landed in second place with $2.5 million. The film has made $19 million in the U.S. and $34 million globally in four weeks. Due to an agreement between Universal and several theater chains, including AMC and Cinemark, audiences can already rent "Nobody" on demand.

Sony's "The Unholy" secured the No. 3 spot with $2 million in its third weekend in theaters. The thriller has generated $9.5 million to date.

Disney's action adventure "Raya and the Last Dragon" came in fourth with $1.9 million over the weekend. The family friendly movie, which has been offered on Disney Plus for a premium $30 charge, has amassed $37 million in North America since it first hit theaters.

Rounding out the top five is Warner Bros "Tom and Jerry," an animated/live-action hybrid about the infamous cat and mouse duo. It pulled in $1.1 million, bringing its North American tally to $42 million. Like "Godzilla vs. Kong," the film is also available on HBO Max for 31 days. Globally "Tom and Jerry" hit a notable box office milestone, surpassing $100 million in ticket sales.