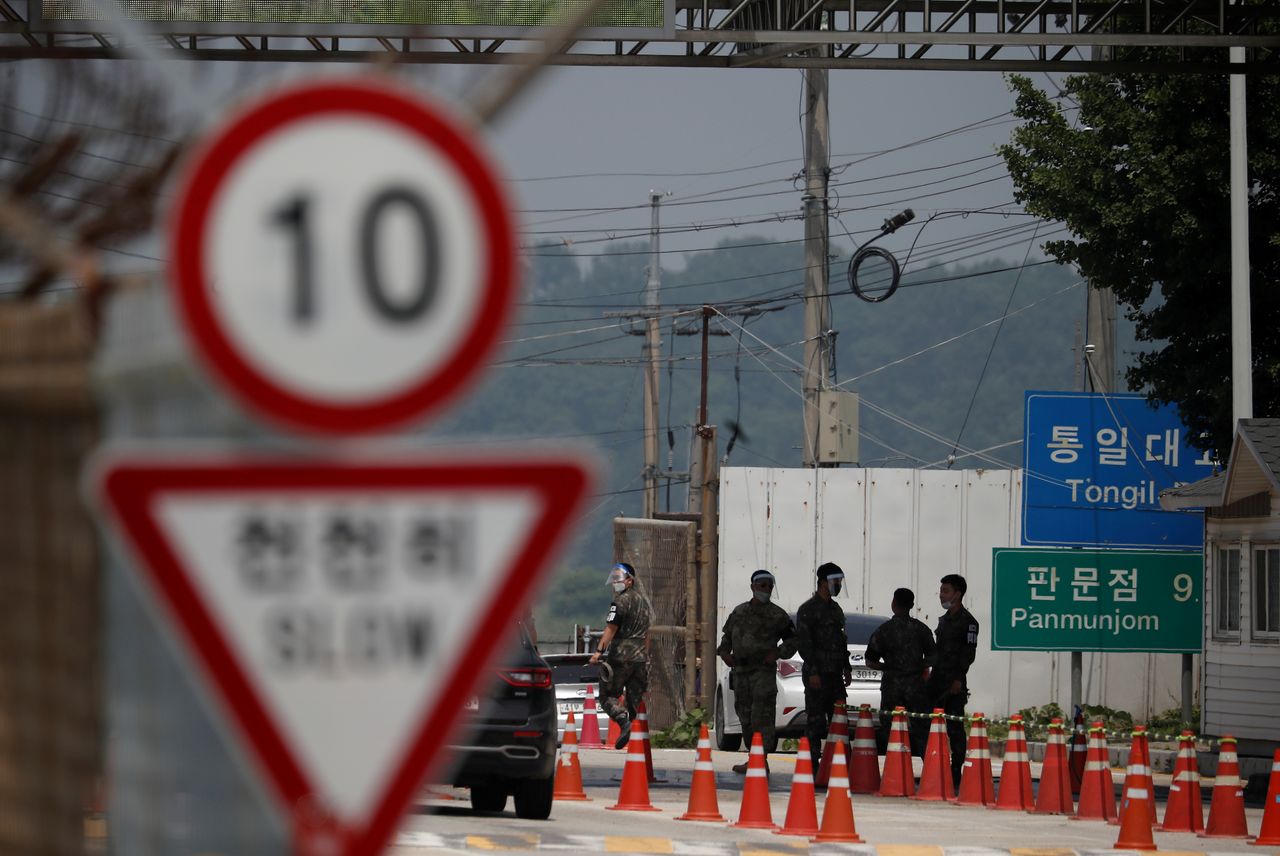 SEOUL (Reuters) - South Korea's government on Monday said it had proposed a law to require its citizens to get official permission before using the internet to exchange digital material such as movies, music, scanned books, or artwork with anyone in North Korea.

If approved by parliament, the measure would be the first major amendment to South Korea's Inter-Korean Exchange and Cooperation Act in three decades and is part of its recent efforts to improve relations with North Korea.

That law already regulates physical goods sent into or out of North Korea, and the proposed changes would add digital content, Lee Jong-joo, a spokeswoman for South Korea's unification ministry, which handles inter-Korean affairs, told a briefing.

"While in the past the main target (of the law) was the movement of goods, gradually there have been cases of transferred or received scanned files or software via the internet becoming a focus," Lee said.

The revision, first outlined in January, comes after the South in December banned the launching of propaganda leaflets into the North.

That measure drew the criticism of rights activists, who have for decades sent anti-North Korean leaflets over the border using balloons or bottles in the sea. It also attracted negative attention from some politicians in the United States, which is South Korea's biggest ally.

Last week the Human Rights Commission of the U.S. House of Representatives raised concerns that some measures taken by Seoul may infringe on freedom of expression.

Campaigners in South Korea have sent food, medicine, money, mini radios and USB sticks containing South Korean news and dramas, while defectors often try to remain in touch with family members through calls or the internet.

Isolated North Korea has long denounced the practice and last year had stepped up its condemnation of it, to the alarm of a South Korean government intent on improving ties on the divided peninsula.

When asked whether the ministry was considering restricting radio broadcasts, Lee said such broadcasts are not categorised as a transfer of digital materials.