By Paresh Dave and Jeffrey Dastin

(Reuters) - Several U.S. banks have started deploying camera software that can analyze customer preferences, monitor workers and spot people sleeping near ATMs, even as they remain wary about possible backlash over increased surveillance, more than a dozen banking and technology sources told Reuters.

Widespread deployment of such visual AI tools in the heavily regulated banking sector would be a significant step toward their becoming mainstream in corporate America.

"We're already leveraging facial recognition on mobile," he said. "Why not leverage it in the real world?"

City National will begin facial recognition trials early next year to identify customers at teller machines and employees at branches, aiming to replace clunky and less secure authentication measures at its 31 sites, Dominguez said. Eventually, the software could spot people on government watch lists, he said.

JPMorgan said it is "conducting a small test of video analytic technology with a handful of branches in Ohio." Wells Fargo said it works to prevent fraud but declined to discuss how.

Civil liberties issues loom large. Critics point to arrests of innocent individuals following faulty facial matches, disproportionate use of the systems to monitor lower-income and non-white communities, and the loss of privacy inherent in ubiquitous surveillance.

Dominguez and other bank executives said their deployments are sensitive to the issues.

"We're never going to compromise our clients' privacy," Dominguez said. "We're getting off to an early start on technology already used in other parts of the world and that is rapidly coming to the American banking network."

Still, the big question among banks, said Fredrik Nilsson, vice president of the Americas at Axis Communications, a top maker of surveillance cameras, is "what will be the potential backlash from the public if we roll this out?"

Walter Connors, chief information officer at Brannen Bank, said the Florida company had discussed but not adopted the technology for its 12 locations. "Anybody walking into a branch expects to be recorded," Connors said. "But when you're talking about face recognition, that's a larger conversation."

JPMorgan began assessing the potential of computer vision in 2019 by using internally developed software to analyze archived footage from Chase branches in New York and Ohio, where one of its two Innovation Labs is located, said two people including former employee Neil Bhandar, who oversaw some of the effort at the time.

Chase aims to gather data to better schedule staff and design branches, three people said and the bank confirmed. Bhandar said some staff even went to one of Amazon.com Inc's cashier-less convenience stores to learn about its computer vision system.

Preliminary analysis by Bhandar of branch footage revealed more men would visit before or after lunch, while women tended to arrive mid-afternoon. Bhandar said he also wanted to analyze whether women avoided compact spaces in ATM lobbies because they might bump into someone, but the pandemic halted the plan.

Testing facial recognition to identify clients as they walk into a Chase bank, if they consented to it, has been another possibility considered to enhance their experience, a current employee involved in innovation projects said.

Chase would not be the first to evaluate those uses. A bank in the Northeast recently used computer vision to identify busy areas in branches with newer layouts, an executive there said, speaking on the condition the company not be named.

Chase said it ultimately chose a different vendor, which it declined to name, out of 11 options considered and began testing that company's technology at a handful of Ohio locations last October. The effort aims to identify transaction times, how many people leave because of long queues and which activities are occupying workers.

The bank added that facial, race and gender recognition are not part of this test.

Using technology to guess customers' demographics can be problematic, some ethics experts say, because it reinforces stereotypes. Some computer vision programs also are less accurate on people of color, and critics have warned that could lead to unjust outcomes.

Chase has weighed ethical questions. For instance, some internally called for reconsidering planned testing in Harlem, a historically Black neighborhood in New York, because it could be viewed as racially insensitive, two of the people said. The discussions emerged about the same time as a December 2019 New York Times article about racism at Chase branches in Arizona.

Analyzing race was not part of the eventually tabled plans, and the Harlem branch had been selected because it housed the other Chase Innovation Lab for evaluating new technology, the people said and the bank confirmed.

Security uses for computer vision long have stirred banks' interest. Wells Fargo used primitive software from the company 3VR over a decade ago to review footage of crimes and see if any faces matched those of known offenders, said John Honovich, who worked at 3VR and founded video surveillance research organization IPVM.

Identiv, which acquired 3VR in 2018, said banking sales were a major focus, but it declined to comment on Wells Fargo.

A security executive at a mid-sized Southern bank, speaking on the condition of anonymity to discuss secret measures, said over the last 18 months it has rolled out video analytics software at nearly every branch to generate alerts when doors to safes, computer server rooms and other sensitive areas are left open.

Outside, the bank monitors for loitering, such as the recurring issue of people setting up tents under the overhang for drive-through ATMs. Security staff at a control center can play an audio recording politely asking those people to leave, the executive said.

The issue of people sleeping in enclosed ATM lobbies has long been an industry concern, said Brian Karas, vice president of sales at Airship Industries, which develops video management and analytics software.

Systems that detected loitering so staff could activate a siren or strobe light helped increase ATM usage and reduce vandalism for several banks, he said. Though companies did not want to displace people seeking shelter, they felt this was necessary to make ATMs safe and accessible, Karas said.

Sales records from 2010 and 2011 reviewed by Reuters show that Bank of America Corp purchased "iCVR" cameras, which were marketed at the time as helping organizations reduce loitering in ATM lobbies. Bank of America said it no longer uses iCVR technology.

The Charlotte, North Carolina-based bank's interest in computer vision has not abated. Its officials met with AnyVision on multiple occasions in 2019, including at a September conference during which the startup demonstrated how it could identify the face of a Bank of America executive, according to records of the presentation seen by Reuters and a person in attendance.

The bank said, "We are always reviewing potential new technology solutions that are on the market." 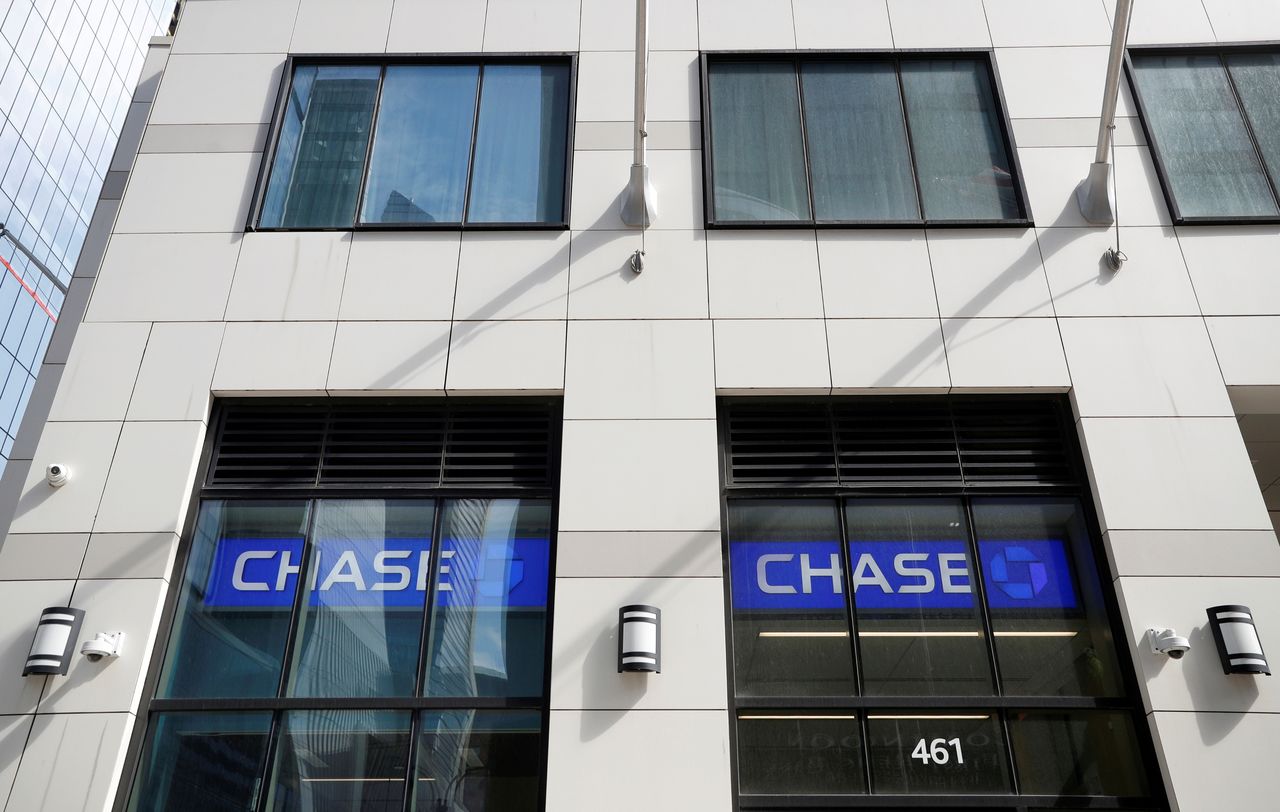 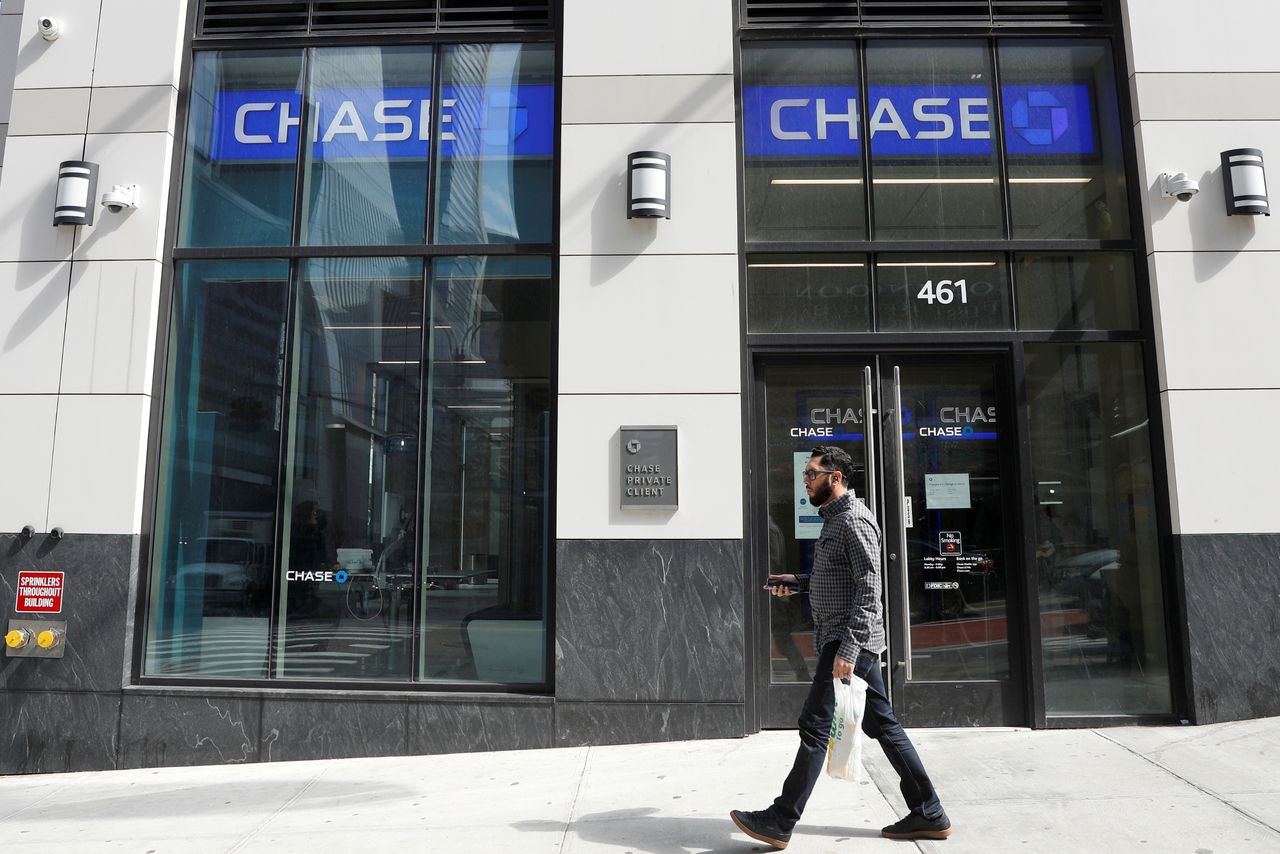 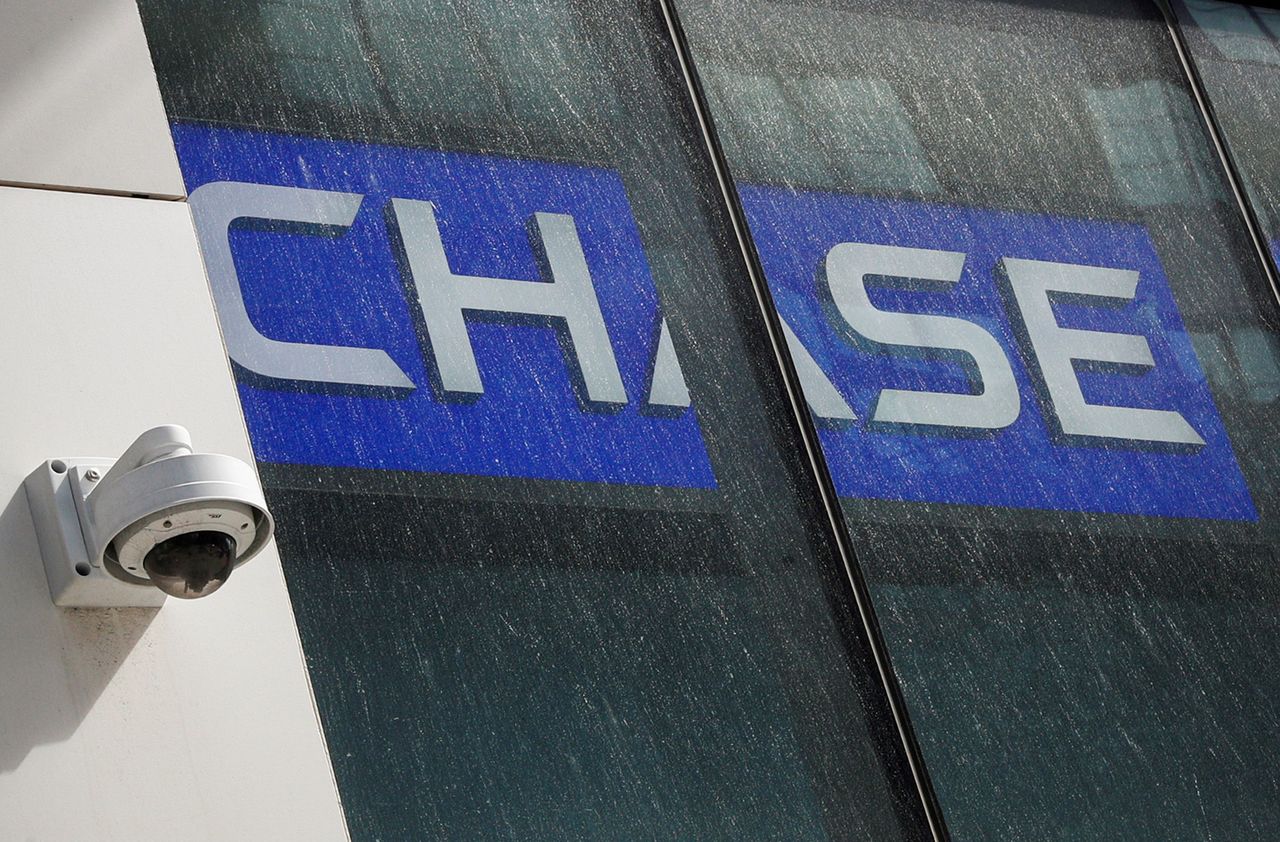 FILE PHOTO: A camera is seen on the exterior of a Chase Bank branch in New York City U.S., April 7, 2021. REUTERS/Brendan McDermid/File Photo