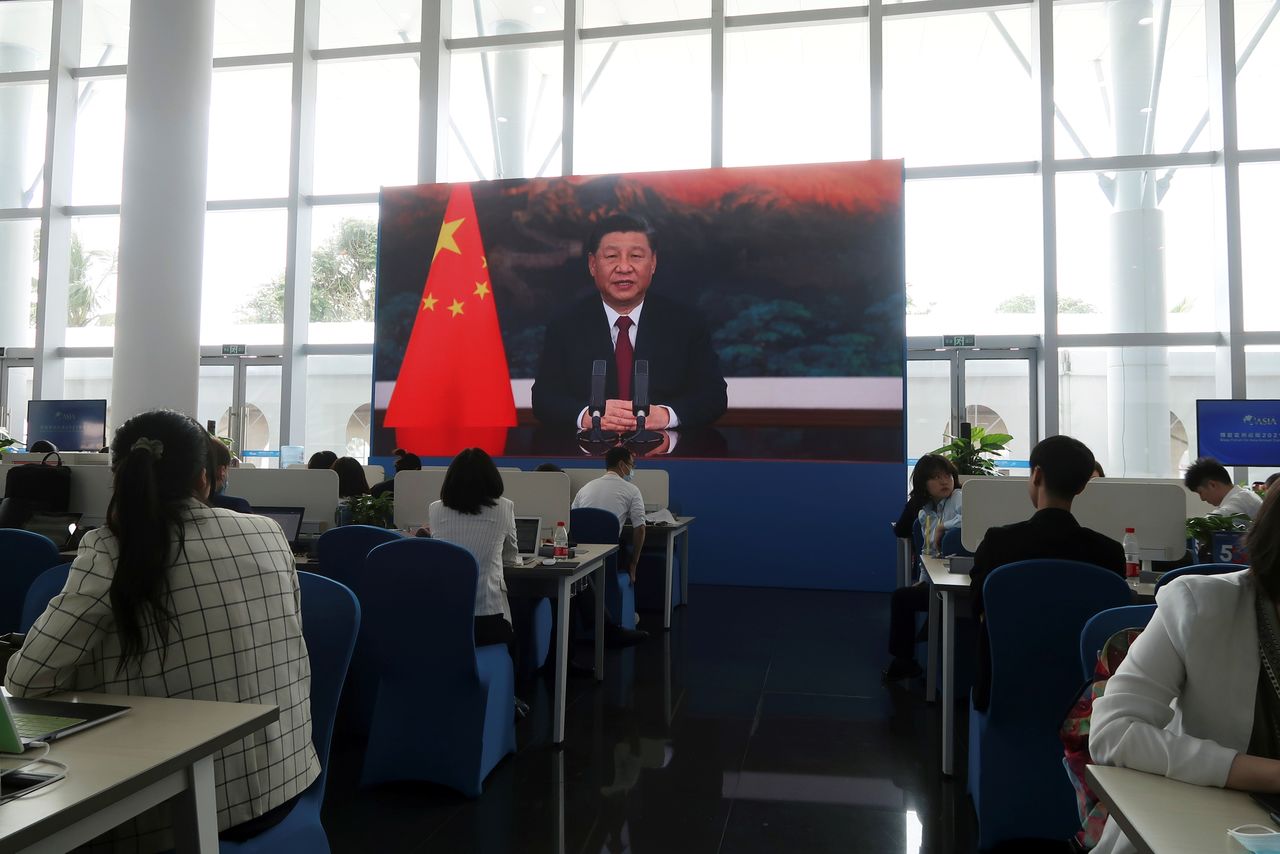 Chinese President Xi Jinping is seen on a giant screen at a media center, as he delivers via video link a keynote speech at the opening ceremony of the Boao Forum for Asia, in Boao, Hainan province, China April 20, 2021. REUTERS/Kevin Yao

BOAO, China (Reuters) - Chinese President Xi Jinping said on Tuesday that the global governance system should be made more equitable and fair, and that rules set by one country or some nations cannot be imposed on others.

Building barriers and pushing for decoupling will harm others and benefit no one, Xi said in his keynote speech at the annual Boao Forum for Asia, China’s answer to the Davos conference.

China has long called for reforms in global governance in which the perspectives and values of multiple countries are reflected, including its own, instead of a few major nations.

Beijing has repeatedly clashed with the biggest stakeholders in world governance, particularly the United States, over a range of issues from human rights to China’s economic influence over other countries.

“A big country should look like a big country by showing that it is shouldering more responsibility,” he said, without identifying any nation.

In a joint statement, both leaders said they “share serious concerns” about the human rights situation in Hong Kong and China’s Xinjiang region, where Washington has said Beijing is perpetrating a genocide against Muslim Uighurs. China has denied abuses.

In an apparent show of U.S.-Japan economic cooperation to the exclusion of China, Biden said the United States and Japan will jointly invest in areas such as 5G technology, artificial intelligence, quantum computing, genomics and semiconductor supply chains.