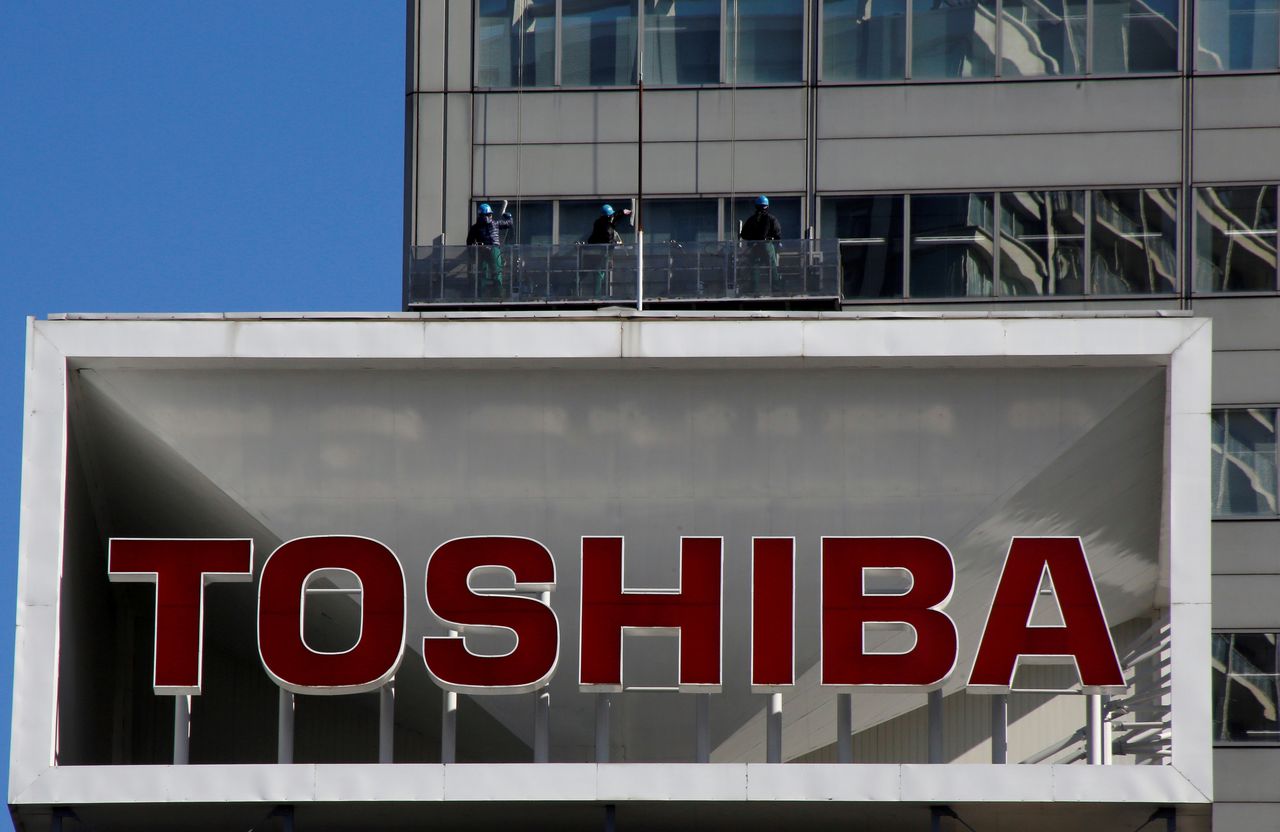 By Makiko Yamazaki and Ritsuko Ando

TOKYO (Reuters) -Toshiba Corp on Tuesday dismissed a $20 billion buyout offer from CVC Capital Partners as lacking detail, putting a question mark over the future of the proposal.

The Japanese conglomerate said a new letter from CVC, which previously offered to take the company private, did not provide the information needed for it to be able to evaluate the offer.

"This letter contained no specific and detailed information capable of detailed evaluation," Toshiba said in a statement. "As this preliminary proposal lacks the required information the board has concluded it is not possible to evaluate it."

In the letter, dated April 18 and seen by Reuters, CVC said the buyout offer "was and continues to be contingent on obtaining the full support of your board and management team."

Following recent management changes at Toshiba, "we respectfully step aside to await your guidance," the letter said. A representative for CVC in Japan declined to comment.

A Toshiba source said the letter meant CVC's proposal was unlikely to proceed further, as the fund's offer was unsolicited to begin with.

But CVC also said its buyout proposal had received internal approval. "CVC sees great potential in Toshiba," it said in the letter. "We remain keen to support the privatization of Toshiba."

CVC's proposal had sparked a strong backlash from Toshiba managers, prompting them to lobby the government and its lenders against it, sources have said.

Toshiba CEO Nobuaki Kurumatani resigned over the proposal from CVC, his former employer, amid criticism the offer, which promised to retain management, was designed to shield Kurumatani from activist shareholders.

Toshiba said it would continue to consider and evaluate any credible offers. But for now, "being a publicly traded company provides a stable equity structure," it said.

It also denied that Toshiba's current shareholder structure, with a large activist shareholder base, had aversely affected its corporate value.