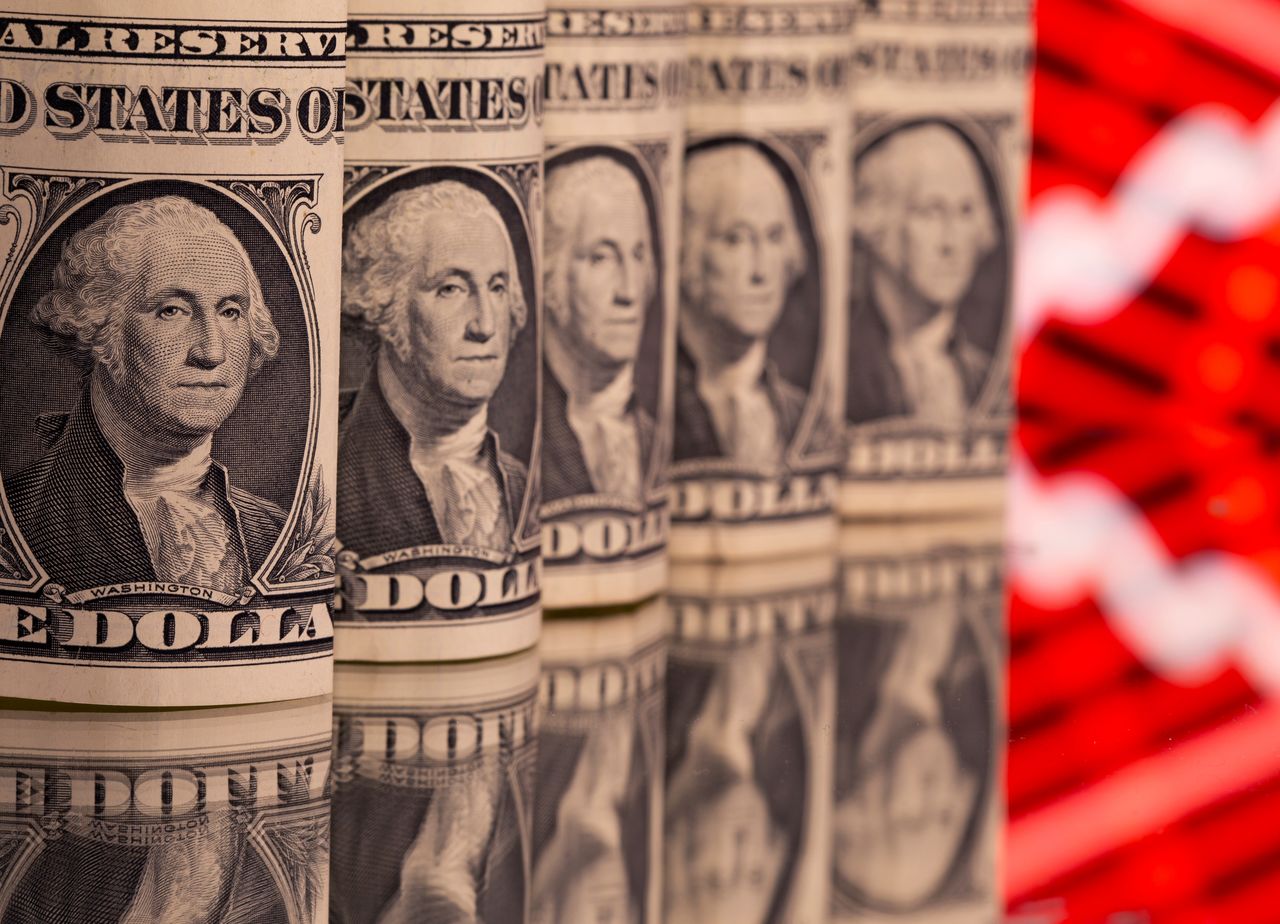 NEW YORK (Reuters) - A U.S. dollar rebound against major currencies was interrupted on Wednesday after Canada's central bank signaled it could start an interest rate hike in 2022 and reduced the scope of its asset-buying program.

The dollar index, which tracks the U.S. currency against six major peers, turned down after the announcement from the Bank of Canada and was off by 0.1% in late afternoon (1946 GMT) in New York after having been up as much as 0.24% for the day. The greenback lost about 1% against the Canadian dollar.

Earlier the U.S. dollar had rebounded from a seven-week low hit overnight against major currencies as broad weakness in stock markets triggered by a resurgence of COVID-19 cases in India and Japan encouraged a retreat to the safe-haven appeal of the greenback.

The safety bid had also supported the Swiss franc and the Japanese yen as the bright outlook for a global recovery dimmed.

But the catalyst for the move between the two North American dollars on Wednesday was a reminder that the outlook for changes in interest rates have been key to currencies as recoveries unfold. The greenback weakened through much of April as U.S. interest rates declined and as traders bet that vaccinations would open up a stronger global economic recovery and drive demand for riskier and higher-yielding currencies.

The greenback's bounce had come with softer U.S. Treasury yields as investors reconsidered how long it might take before inflation forces the Federal Reserve to tighten monetary policy and as they saw prices for oil and stocks hit on Tuesday by the prospect of a slower global recovery because of more COVID-19 cases.

The Fed's Open Market Committee meets next week and the European Central Bank decides policy on Thursday. Though neither is expected to signal a change in policy now, traders may hold back from big bets for a few days, said Joseph Manimbo, senior market analyst at Western Union Business Solutions.

"I think the market is just going to play it carefully in case the Fed changes its tune," Manimbo said.

At the moment, he sees the market acting as though it is at "somewhat of a crossroads for the dollar given that it has struggled this month."

Some analysts have said that a new inclination by the Bank of Canada to tighten monetary policy could prove to foreshadow changes by other central banks.

The Bank of Canada sharply raised its outlook for the economy and reduced the scope of its large-scale asset-buying program while keeping its key interest rate steady. It said the pandemic will be "less detrimental" to the economy than it had thought.

The central bank's message brought back some of the appetite for risk, which carried over to other commodity-linked currencies, strategists at ANZ Research noted. The Australian and New Zealand dollars gained about 0.5%.

The benchmark 10-year Treasury yield climbed to 1.58% on the news from Canada and then hovered around 1.57%, not far from the 1.60% level at the start of the week, as the note consolidated gains after a reversal that had driven yields to a 14-month high at 1.7760% last month. The note held steady even after an auction of 20-year bonds showed strong demand.

The biggest casualty of the dollar's rise in Wednesday trading was the euro, with the single currency weakening as much as 0.24%. It was last flat at $1.2032 after touching a seven-week high of $1.2079 overnight.

The Japanese yen, often seen as a safer refuge than the dollar, gained against the greenback to 107.86 but then drifted back to 108.08.

(Reporting by David Henry in New York and Saikat Chatterjee in London; Editing by Will Dunham, Hugh Lawson, Jonathan Oatis and Sonya Hepinstall)