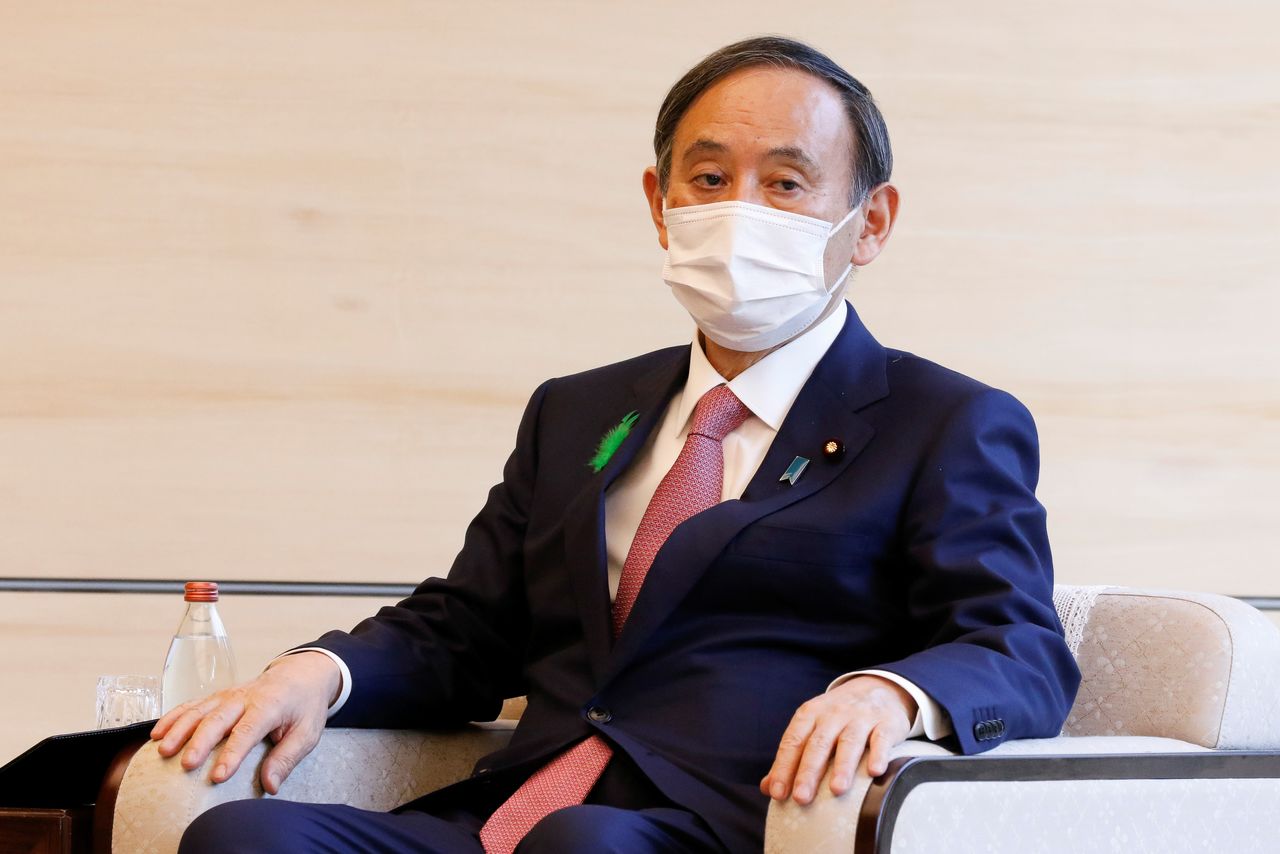 TOKYO (Reuters) -Japanese Prime Minister Yoshihide Suga has cancelled plans to visit India and the Philippines during his country's extended holiday starting in late April amid a sharp rise in COVID-19 cases, a senior government spokesman said on Wednesday.

Japan's government is considering a state of emergency for Tokyo and several other prefectures, while Indian data showed on Wednesday there had been 295,041 new infections nationwide overnight and 2,023 deaths, India's highest in the pandemic.

Asked about media reports that Suga's trip to the two countries has been cancelled, Chief Cabinet Secretary Katsunobu Kato said: "In order to take all possible coronavirus countermeasures, it has been decided Prime Minister Suga won't take any overseas trips during the Golden Week."

Japan and India are members of a group known as the Quad, which also includes the United States and Australia.

Quad leaders last month pledged to work to ensure a free and open Indo-Pacific region and to cooperate on maritime, cyber and economic security, issues vital to the four democracies in the face of challenges from China.