Column: When geopolitics matters to markets 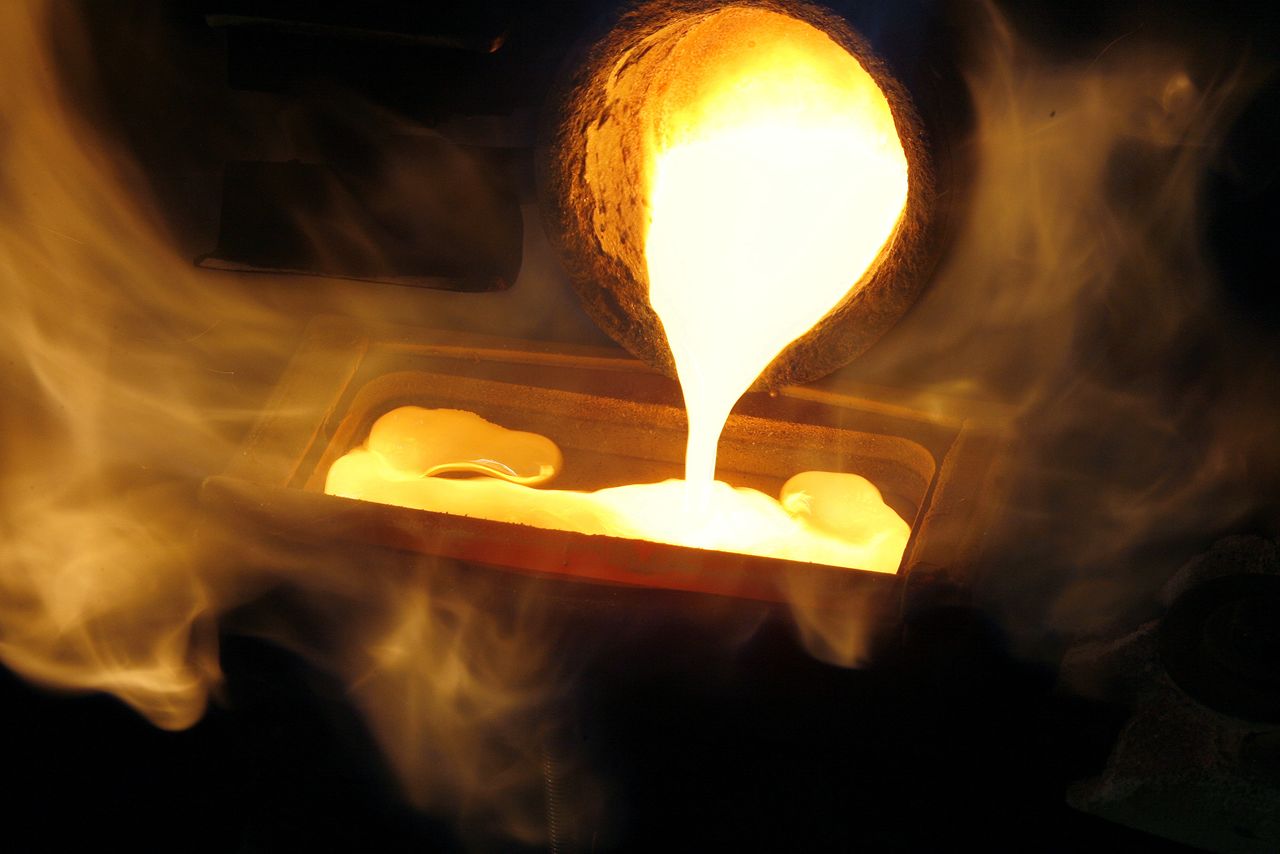 Melted gold flows out of a smelter into a mould of a one kilogram bar at a plant of gold refiner and bar manufacturer Argor-Heraeus SA in the southern Swiss town of Mendrisio November 13, 2008. REUTERS/Arnd Wiegmann (SWITZERLAND)

LONDON (Reuters) - Fractious geopolitics doesn't always move world markets - but the summer of 2021 may give us some glimpse about exactly where and how it does.

With the new U.S. administration of President Joe Biden asserting its foreign policy priorities, this month has seen a rise in tensions with the United States' most powerful rivals - China, Russia and even Iran.

For many investors, the sharpened, bellicose rhetoric around flashpoints such as Taiwan, Hong Kong and Xinjiang or eastern Ukraine or Tehran's resumed uranium enrichment are predictable attempts to test of the mettle of Washington's new broom.

But if Biden's ambition is to rally neglected Western-led alliances that push harder for democracy and human rights, then Beijing and Moscow - perhaps in concert - clearly see this as a threat to their systems and are clearly willing to rattle sabres and push back hard.

In a speech clearly aimed at U.S. and G7 dominance of global institutions, China's President Xi Jinping on Tuesday called for a rejection of hegemonic power structures. "The world wants justice, not hegemony," Xi said, following stormy recent Sino-U.S. summit and weeks of trans-Pacific verbal jousting and over human rights and Taiwan and Hong Kong's status.

Moscow's renewed pressure on Ukraine that appears closest to outright conflict, amid reports of tens of thousands of Russian troops massing on the border and warships in the Black Sea are twinned with the three-week hunger strike of detained Kremlin critic Alexei Navalny and new U.S. economic sanctions.

But for all the long-term power broking at stake, how should markets and investors navigate what is set to be a long hot summer ahead of geopolitical and even military anxiety - especially in a world economy already struggling to recover from a year-old pandemic?

Traditional "safe haven" assets and volatility indices have received something of a bid this month as the rhetoric has spiked. Though it has been modest so far and often drowned in the hail of other extraordinary pandemic-related influences from lockdowns to policy rescues.

Gold, Japan's yen and Switzerland's franc are all higher and the somewhat peculiar rally last week in long-term U.S. Treasury bonds may have owed something to the tensions. The U.S. dollar itself - once seen as the safest harbour during military tensions - has gone in the other direction this month.

World stock prices and the VIX "fear gauge" of Wall St volatility appeared to have ignored the headlines until this week - although the geopolitical seismograph has twitched there too in recent days amid wider doubts about the sustainability of the torrent of recent investment inflows.

The rest is even more of mixed picture. Russia's rouble has lost about 5% from last month's peaks - but that's largely related to the explicit sanctions. China's yuan gained about 1.5% over the same period and emerging market currency indices more broadly are at their highest in more than six weeks. Oil and commodity prices are higher too.

JPMorgan last week cited these "idiosyncratic challenges" at the margin as one reason why they moved to recommend an underweight position in emerging market currencies.

"Even though President Biden has marked a return to conventional politics, this has not necessarily translated to the elimination of U.S. geopolitical tensions," JPM's cross asset strategist John Norman noted, referring to former President Donald Trump's erratic diplomacy and brinkmanship via Twitter.

To be sure, many news- and research-based indexes measuring geopolitical risk are, rather surprisingly, still very low. That could either be re-assuring - or perhaps a vulnerability if the summer months do get more tense and these have yet to fully record the shift.

BlackRock Investment Institute's Geopolitical Risk Indicator fell last week to its lowest in more than three years - having been six times higher at the height of Trump's trade war with China.

However BII noted that: "The higher the BGRI level, the more we assume that risk is priced in."

But in explanations on its framework, it said that one key conclusion from analysis of asset price reactions to 68 risk events since 1962 was that geopolitical shocks tend be more acute when the economic backdrop is weak.

On that basis, 2021's expected breakneck global economic rebound from the pandemic should drown the market impact.

On the other hand, previous geopolitical rumbles - not least recent North Korea missile launches or Middle East conflagrations - have tended to amplify tail risks only briefly.

This time, China and Russia's standoff with the West could be seen as a much longer-term drift to a more multi-polar world amid economic "de-globalisation" after the pandemic. And there are bigger stakes for both G7 and emerging economies in that than short-term military threats.

For the moment, market influences may just have to be seen in the light of pandemic.

Rabobank strategists reckon the Ukraine face off could well see Russia annexing more of its eastern neighbour, with Washington and Europe unwilling to use military force. "This has potentially huge implications for the 'liberal world order' and US-China tensions in particular," they wrote.

But it mainly spotlighted the impact such a fracture could have on energy markets, grains and other agricultural foods of which Russia is a key supplier.

For financial markets already fearful that pandemic-related money printing and debt accumulation makes inflation the next big bogeyman, that may be the biggest vulnerability.