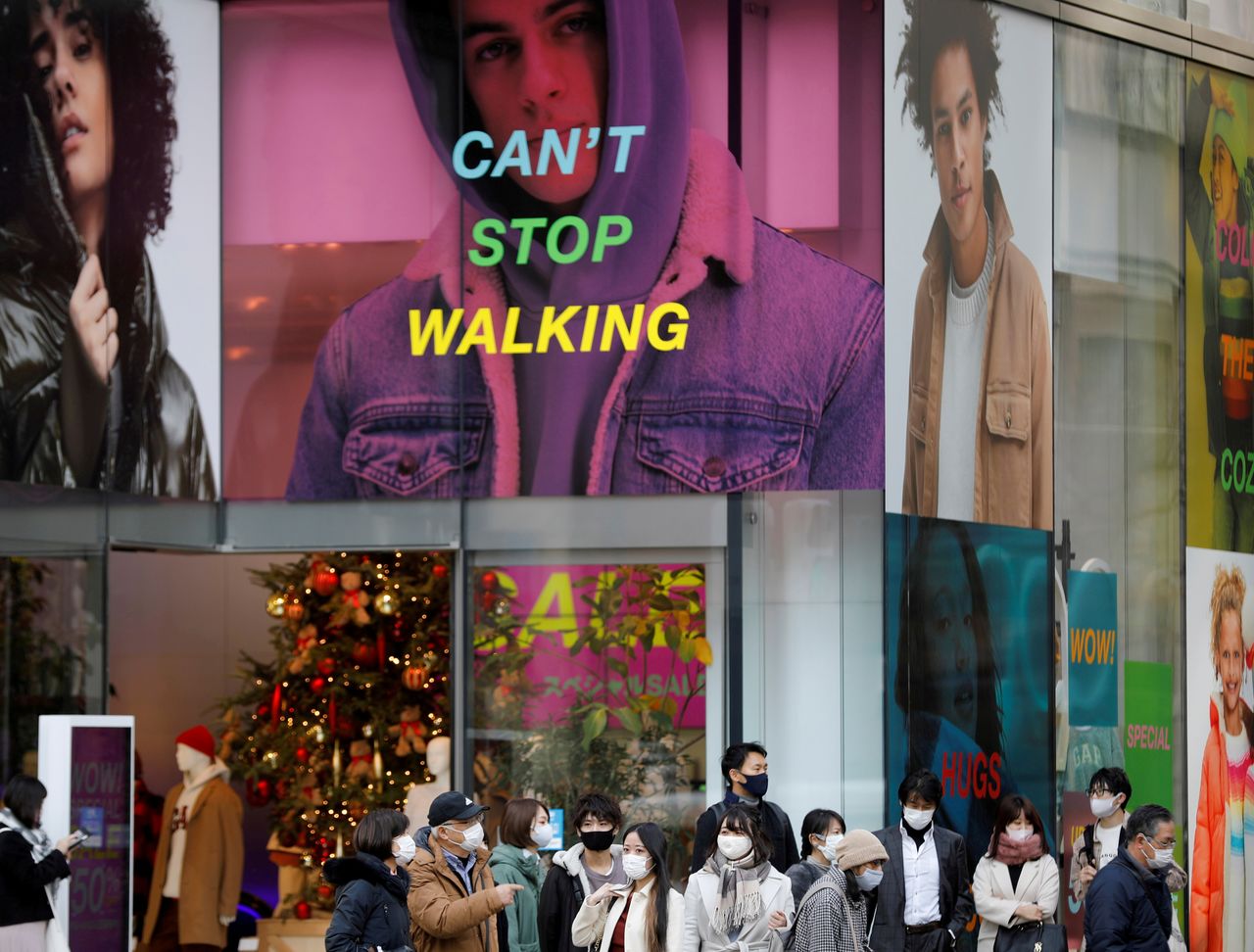 The global rating agency said its outlook for Japan remains stable, reflecting prospects the world's third-largest economy will achieve average nominal growth of about 1.8% over the next four years.

"Offsetting these factors are Japan's very weak public finances, which are exacerbated by an aging population and persistently low inflation," it said.

The rating agency said Japan's economy has weathered the pandemic "without serious long-term damage," pointing to resilience in its job market that will see employment rebound "relatively quickly as the pandemic fades away."

S&P said it may lower the ratings if Japan's economic growth persistently lags that of other major economies and a return to deflation puts long-term pressure on its fiscal health.

The country's ratings may be raised, on the other hand, if the government's efforts to fix the country's finances proceed significantly faster than anticipated, it said.

Japan's economy is emerging from last year's initial blow from the pandemic, though a resurgence in infections is clouding the outlook amid expectations that renewed curbs on activity will be imposed in some prefectures.

Japan's public debt, at twice the size of its economy, is the biggest among advanced economies and continues to increase due to rising social welfare costs of a rapidly ageing population.