The housing boom, central banks and the inflation conundrum

LONDON (Reuters) -A multi-year boom in global house prices which even a pandemic has failed to halt is forcing central banks around the world to confront a knotty question - what, if anything, should they be doing about it?

The surge in property values from Australia to Sweden is often viewed benignly by governments as creating wealth. But history also shows the risk of de-stabilising bubbles and the high social cost as millions find home ownership unaffordable.

The irony is that while the cheap money created by low or negative interest rates has driven the price rises, they barely figure in central banks' calculations of inflation, one of the key drivers of their monetary policy.

While housing costs, whether rent or home repairs, are assigned varying weights in inflation indices ranging from 40%-plus in the United States to 6.5% in the euro zone, house prices themselves are left out. As they spiral higher and higher, many argue this is no longer tenable.

"The debate of whether we actually are reflecting inflation properly will come up more and more. House prices will start getting a lot of attention," said Manoj Pradhan, co-author of a book called The Great Demographic Reversal, which predicts a global inflation resurgence in coming years.

Global residential property prices have risen 60% in the past 10 years, according to a Knight Frank index. In 2020, even as COVID-19 choked the world economy, they climbed an average 5.6%, with 20%-30% jumps in some markets.

While low interest rates have long been the main driver of the rally, existing government subsidies for home ownership and more recently pandemic-era support such as suspending property taxes have been factors too.

Many of these one-off support measures will start to be wound down, but governments often fight shy of politically tricky measures to keep a lid more firmly on prices, such as banning multiple property ownership or easing building regulations.

That raises the question of what central banks can do.

New Zealand's government fired the first salvo in February when it told its central bank to consider the impact of interest rates on house prices, which soared 23% last year.

Others are considering the question too. European Central Bank President Christine Lagarde said last week that measuring housing's role in the rising cost of living had emerged as a key point in a strategic policy review due to be unveiled this year.

If real inflation is higher than the official consumer price index is measuring, it could imply that central bank or government policies are more expansionary than they should be.

"If housing does not signal inflation via the CPI, then the economy is more likely to run hot, and what you get over time is generalised inflation pressures," Pradhan said.

At present rental inflation is subdued due to pandemic hardship, or because low interest rates and remote working are encouraging home-buying.

Morgan Stanley's chief cross-asset strategist Andrew Sheets said this may be giving a misleading signal. "The rental market will be weak and the housing market will be strong and that (rental weakness) could show up as a disinflationary force."

There are strong arguments for excluding headline shifts in house prices from inflation indexes. Housing is, for most people a lifetime purchase rather than an ongoing expense, which they are designed to gauge.

Including house prices in the inflation measures central banks use to guide policy is also widely seen as impractical, given their extreme volatility.

More central banks may however consider adapting inflation indices to include a measure of the costs associated with living in one's own home, such as maintenance and home improvements.

The ECB has argued for their inclusion, but collecting timely data from 19 countries and differing home ownership levels across the bloc would complicate the task.

Crucially, economists believe including these costs might have lifted euro zone inflation by 0.2 to 0.3 percentage points, taking the ECB nearer its elusive inflation target of close to 2%.

Ultimately, such policymaking shifts may be risky amid uncertainty created by the pandemic.

Some analysts, such as at ING Bank, predict that with some exceptions housing rallies may anyway start to cool as support measures introduced during the pandemic are unwound.

Voters' anger may even goad governments into slugging property investors with higher taxes - as New Zealand did at the end of March.

Those who argue against extending central bank remits further into housing say tighter policy could even exacerbate the problem by crimping property supply.

"I have no problem with the ECB adding rental or home-owners' costs to its basket," Leipziger said. "But if I am concerned about house prices in Berlin or Madrid, asking the ECB to deal with it is not the right way." 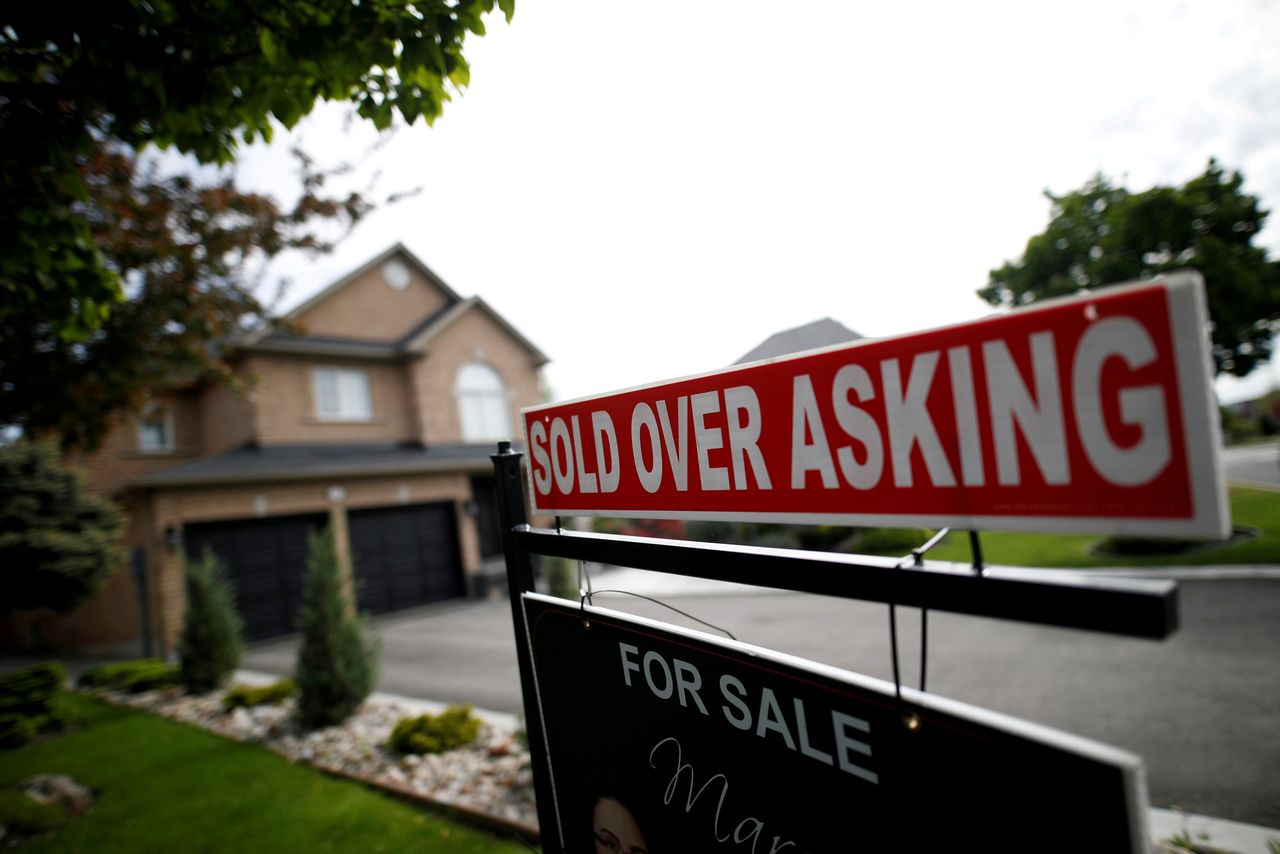 FILE PHOTO: A real estate sign that reads "For Sale" and "Sold Above Asking" stands in front of housing in Vaughan, a suburb in Toronto, Canada, May 24, 2017. REUTERS/Mark Blinch 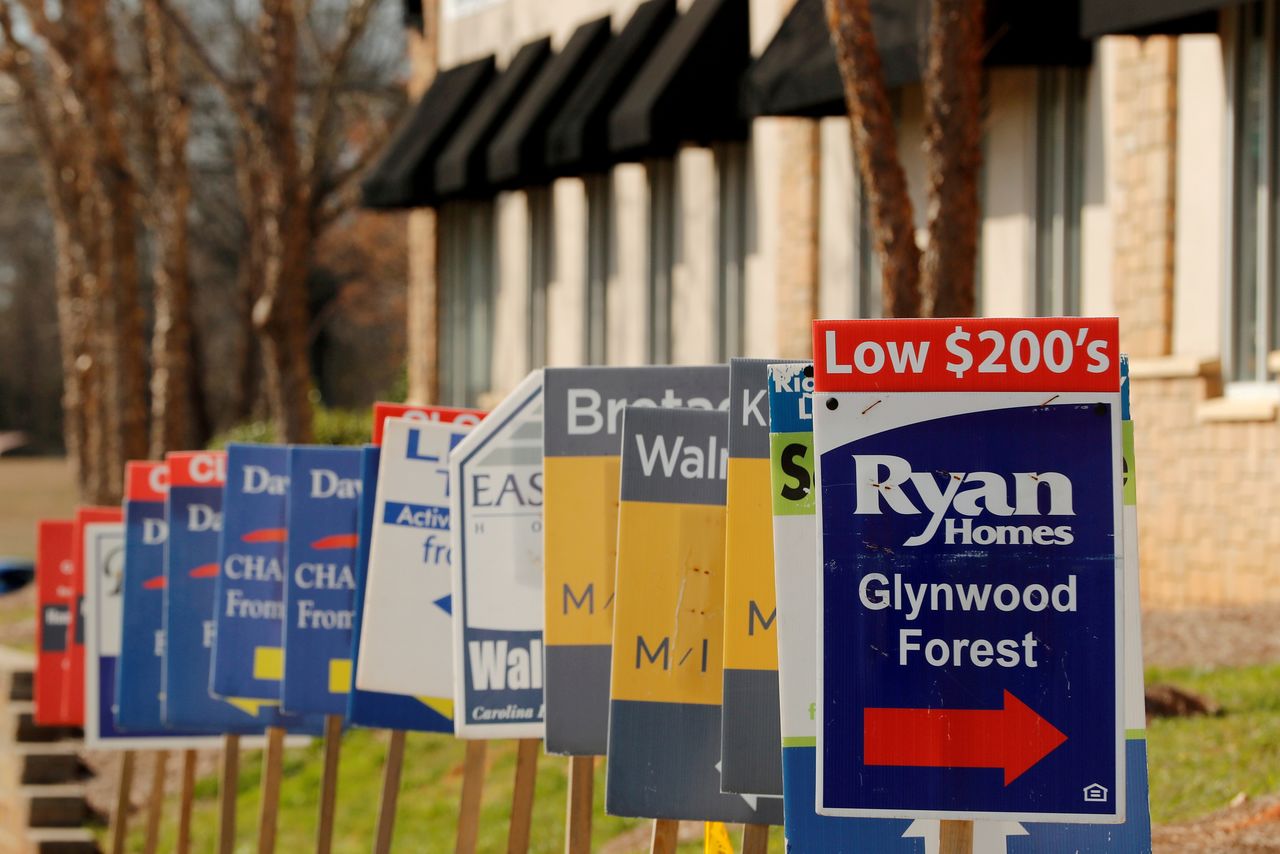 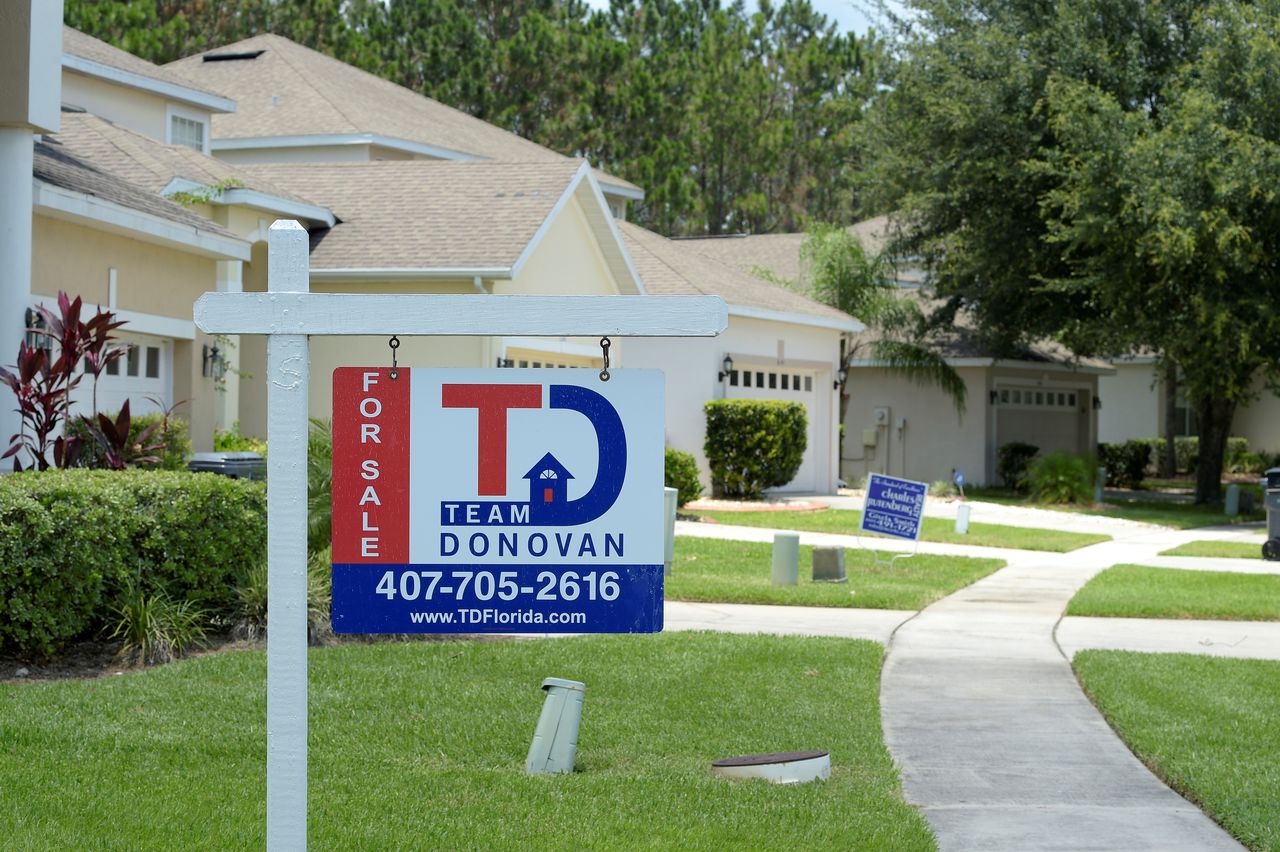 FILE PHOTO: For Sale signs stand in front of houses in a neighborhood where many British people have purchased homes in Davenport, Florida, U.S., June 29, 2016. Photo taken June 29, 2016. REUTERS/Phelan Ebenhack