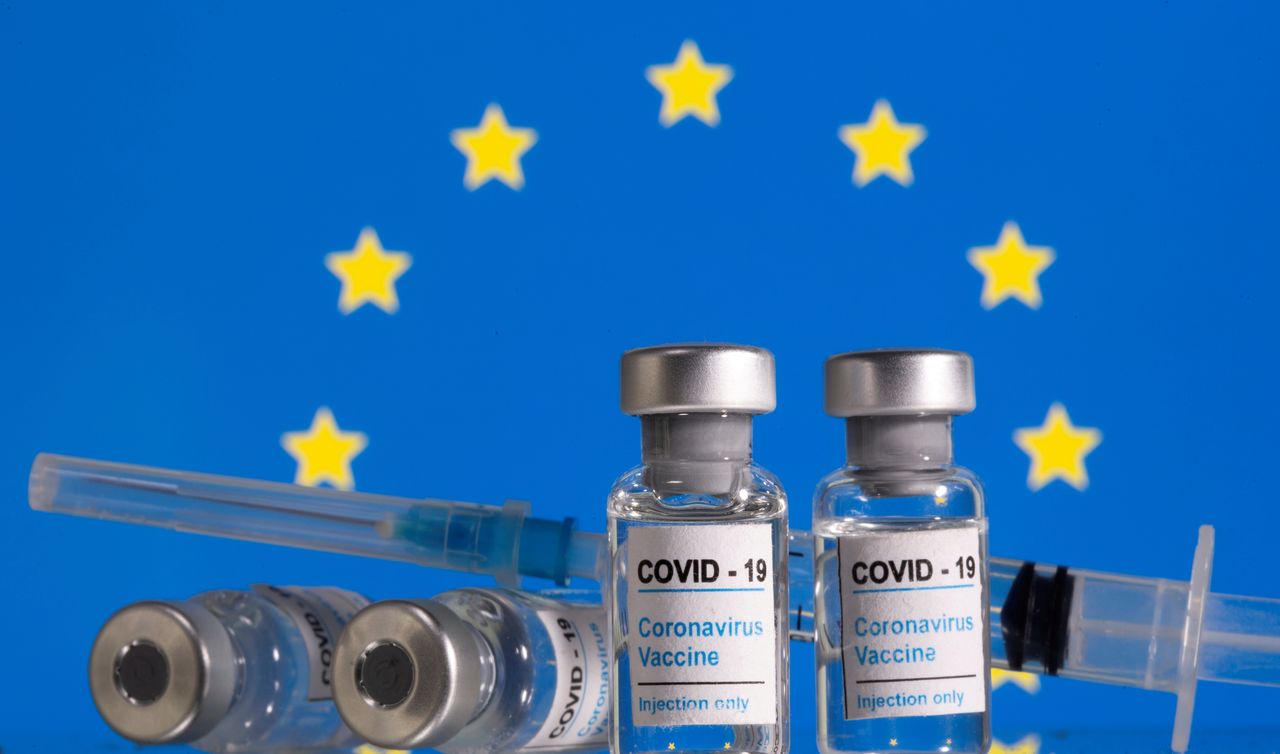 BRUSSELS (Reuters) - The European Union has exported about 37 million more doses of COVID-19 vaccines than it has shared out among its own 27 countries, two sources told Reuters citing figures from the bloc's data.

The EU is buying most of its vaccines together as a bloc and, according to the European Centre for Disease Prevention and Control nearly 133 million doses have been distributed among EU states.

That compares to 136 million doses exported since Jan. 30 to 43 countries, with Japan the top recipient at 52.3 million doses, followed by ex-EU member Britain at 16.2 million, the sources said after the European Commission presented the figures to the 27 member states' European ministers on Tuesday.

For the most granular data available since Jan. 30, when the EU set up a mechanism to monitor vaccine flows, Canada, Mexico, Saudi Arabia, Switzerland, Turkey, Singapore, Colombia and Hong Kong make up the 10 leading recipients of EU exports.

Some 34 million additional doses were also exported in December and January, EU rough data for those months shows, bringing the total to about 37 million.

EU governments are under pressure to accelerate vaccination programmes, which have lagged behind those in Britain and the United States due to supply delays and safety concerns, to help control a third wave of infections among the bloc's 450 million people.

Britain and the EU traded accusations of "vaccine nationalism" when the bloc introduced an exports monitoring mechanism to see why it was not getting the shots it contracted from companies, notably the Anglo-Swedish AstraZeneca. The UK has exported no doses to the EU.

The EU's choppy vaccine rollout has led economists to lower their expectations for an economic rebound in the euro zone this quarter.

Earlier this week, the bloc said it would ship over half a million COVID-19 shots to the Western Balkans by August to help poorer neighbours, and challenge Chinese and Russian influence there.