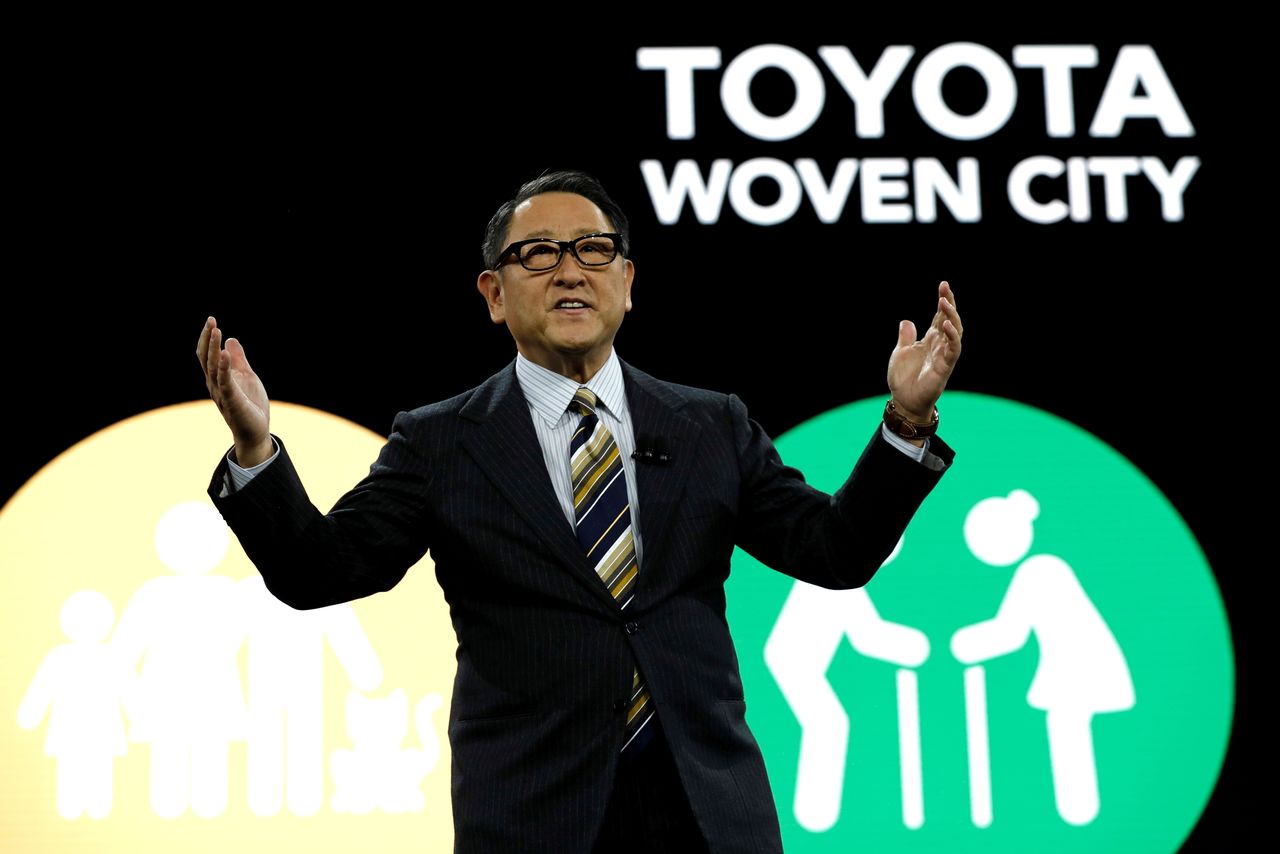 Toyoda said he believes that the auto industry, which employs about 5.5 million workers and is integrated across various industries, can play a central role in Japan reaching the 2030 emissions target.

While carbon neutrality is the final target, there is no sole path in achieving it, Toyoda also said, speaking as chairman of the Japan Automobile Manufacturers Association (JAMA).

“What Japan needs to do now is to expand its options for technology. I think regulations and legislations should follow after,” Toyoda said.

“Policy that bans gasoline-powered or diesel cars from the very beginning would limit such options, and could also cause Japan to lose its strengths,” he added.

Toyoda’s remarks come after the Japanese government said in December that the country aims to eliminate gasoline-powered vehicles in the next 15 years in a plan to reach net zero carbon emissions.

He also called for the government’s support for companies, including tax exemption for research and capital investment projects. Japan Prime Minister Yoshihide Suga will attend a two-day virtual summit of 40 leaders on climate change starting on Thursday.

Ahead of the summit, the Nikkei daily reported that the Japanese government will propose its new target of cutting greenhouse gases by 46 percent from levels recorded in 2013.

Japan’s biggest automaker Toyota came under scrutiny after siding with the Trump administration in 2019 in a bid to bar the state of California from setting its own fuel efficiency rules.

On Monday, the automaker signalled a shift in its climate change stance, saying it would review its lobbying and be more transparent on what steps it is taking as it faces increased activist and investor pressure.