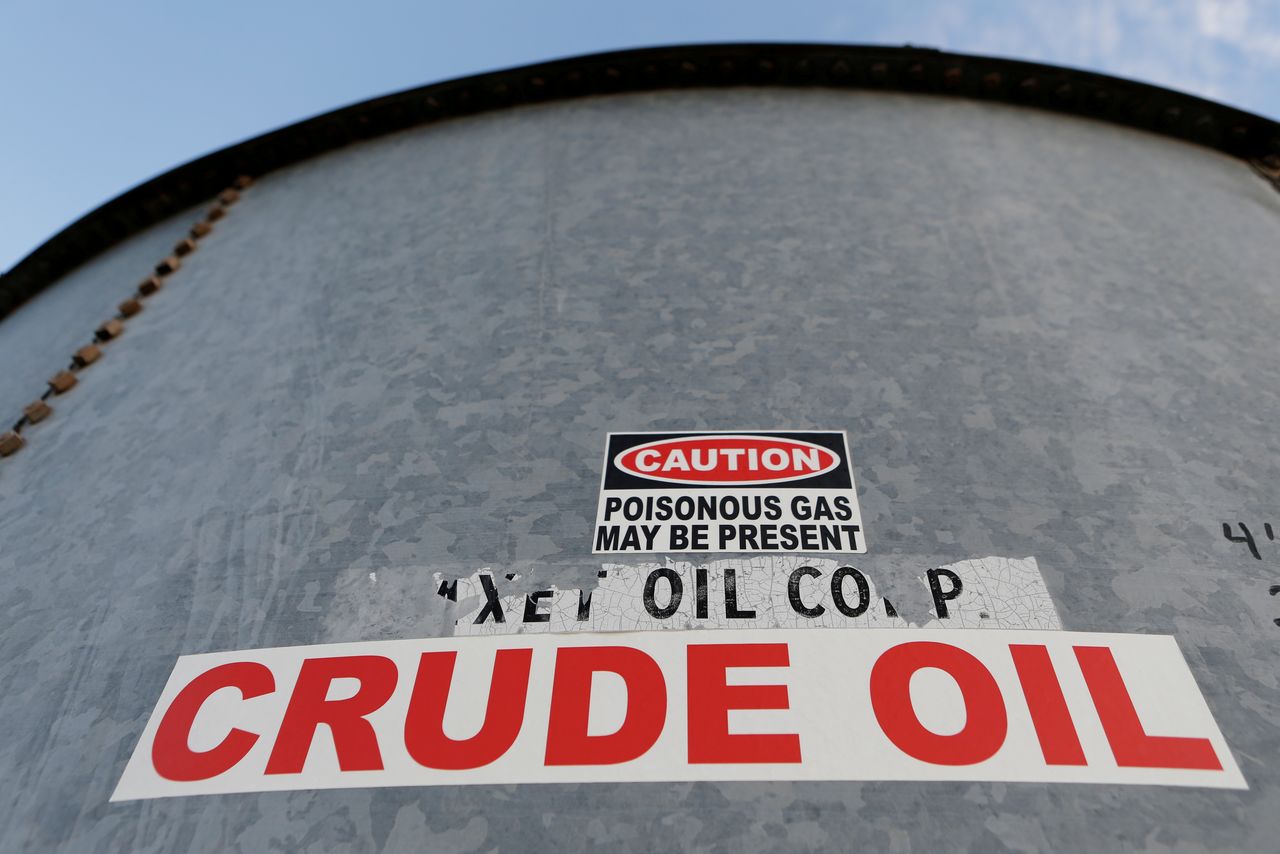 FILE PHOTO: A sticker reads crude oil on the side of a storage tank in the Permian Basin in Mentone, Loving County, Texas, U.S. November 22, 2019. REUTERS/Angus Mordant

NEW YORK (Reuters) - Oil settled higher on Friday, supported by bullish economic data from U.S. and Europe, though a rise in coronavirus cases in India was still pressuring prices.

For the week, both benchmark crudes fell about 1% due to the resurgence of infections in India and Japan, the world's third and fourth largest oil importers.

"This price consolidation follows a strong four-month price advance that was largely predicated on U.S. vaccine progress that forced some upward revisions in global demand ideas across this year," said Jim Ritterbusch, president of Ritterbusch and Associates in Galena, Illinois.

"The PMIs across Europe were really off the charts, especially following the strong unemployment report in the U.S.," said John Kilduff, partner at Again Capital LLC in New York.

U.S. refiner Valero said demand for gasoline and diesel were at 93% and 100% of pre-pandemic levels.

International oil activity should ramp up through the end of this year and beyond, Schlumberger NV top boss Olivier Le Peuch said.

U.S. energy firms cut the number of oil rigs operating for the first time since March, as rigs fell by one to 438 this week, according to energy services firm Baker Hughes Co.

Before this week, drillers added rigs for five weeks in a row and has been up 80% since falling to a record low of 244 in August 2020.

Several countries, including Australia, Britain, Canada, and the United Arab Emirates have barred or cut flights from India.

Japan declared new lockdowns in Tokyo, Osaka and two other prefectures on Friday.