WASHINGTON (Reuters) -U.S. President Joe Biden called on nations to work together on a transition to clean energy on Friday, the second and final day of a climate summit he hosted to rally world ambition to reduce global warming.

"Nations that work together to invest in a cleaner economy will reap the rewards for their citizens," the Democratic president, who took office in January, told the virtual summit.

Biden called the meeting with dozens of heads of state to declare the United States back at the climate leadership table after his predecessor, former President Donald Trump, withdrew from the 2015 Paris Agreement to cut greenhouse gas emissions.

Biden, who returned the United States to the 2015 pact, announced a new U.S. target on Thursday to reduce its emissions 50%-52% by 2030 compared with 2005 levels. Japan and Canada also raised their targets.

"The commitments we made must become real," Biden said. "Commitment without us doing it is just a lot of hot air, no pun intended."

Biden said that he was heartened by Russian President Vladimir Putin's call for the world to collaborate on advanced carbon dioxide removal and that the United States looked forward to working with Russia and other countries on the technology.

Putin and China's President Xi Jinping spoke at the summit on Thursday but did not offer new pledges on cutting emissions.

The U.S. summit is the first in a string of meetings of world leaders - including the G7 and G20 - ahead of annual UN climate talks in November in Scotland. That meeting will be the deadline for nearly 200 countries to update their climate pledges under the Paris pact.

Bill Gates, a wealthy businessman-turned-philanthropist, said he was working with partners on a program called Breakthrough Energy Catalyst that would raise money from governments, philanthropists and companies to make capital investments to bring down the cost of clean technology.

"We can build new industries and companies that support communities around the world with good jobs on making the transition to the clean economy," said Gates, who has invested about $2 billion toward the development of high tech electricity generation and storage.

Jennifer Granholm, the U.S. energy secretary, said clean technology was "our generation's moonshot" and that her department would be announcing new goals for "leaps in next generation technologies," such as carbon capture, energy storage and industrial fuels.

Underscoring the role for carbon removal technologies to meet global climate goals, Granholm announced a partnership with Canada, Norway, Qatar and Saudi Arabia called the Net Zero Producers Forum. It aimed to develop "long-term strategies to reach global net-zero emissions," she said. Granholm also announced a partnership with Denmark to partner on zeroing out emissions in the global shipping industry.

The White House has sought to assure other countries that it can meet the new U.S. emissions target, even if a new administration takes over, because industry is moving toward cleaner power, electric vehicles and more renewable energy anyway.

"No politician, no matter how demagogic or how potent and capable they are, is going to be able to change what that market is doing," said John Kerry, Biden's climate envoy.

Biden has sought to connect efforts to fight climate change with opportunities to create jobs, arguing that taking action will be good for the economy in order to counter Republican concerns that climate regulation could slow growth.

His $2.3 trillion infrastructure package is integral to achieving the new U.S. emissions target, but requires approval by Congress, where Democrats hold only razor-thin majorities. 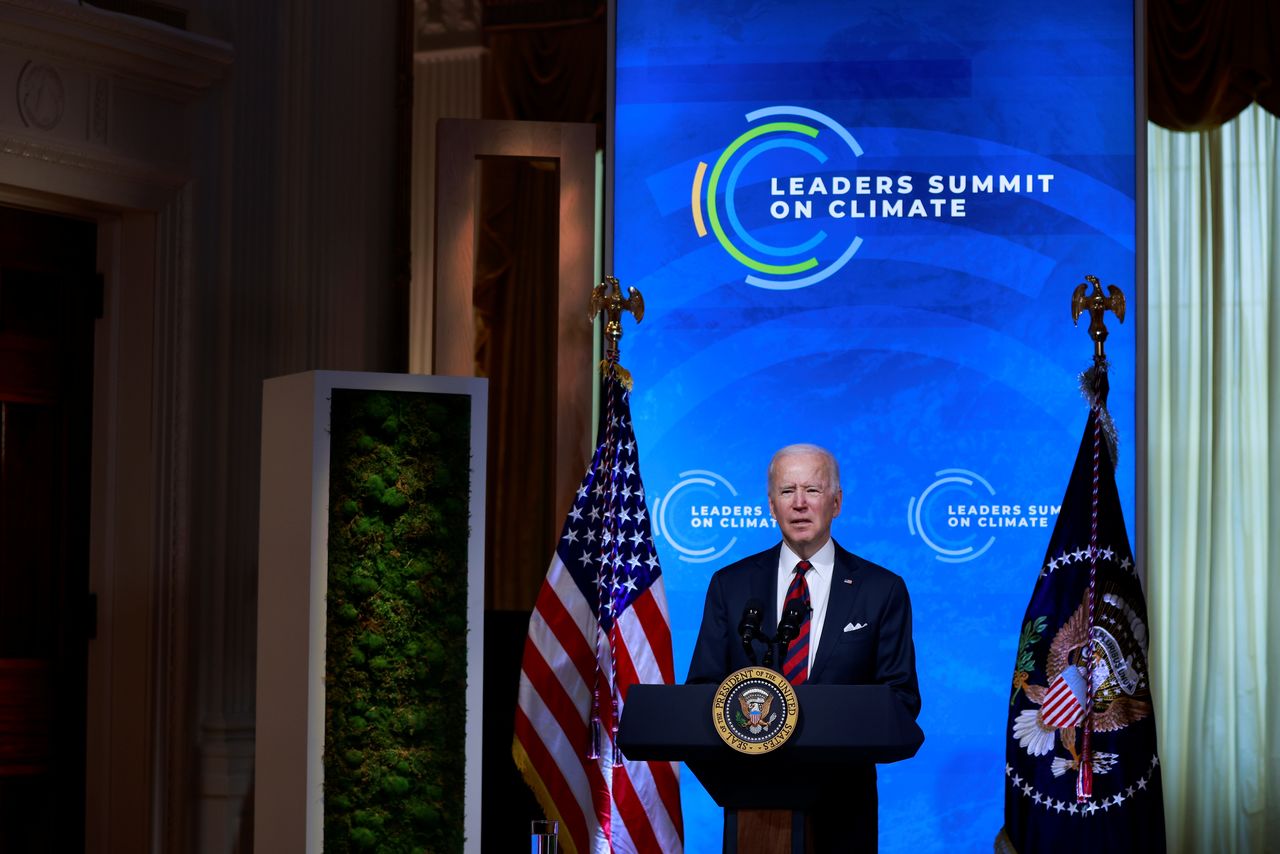 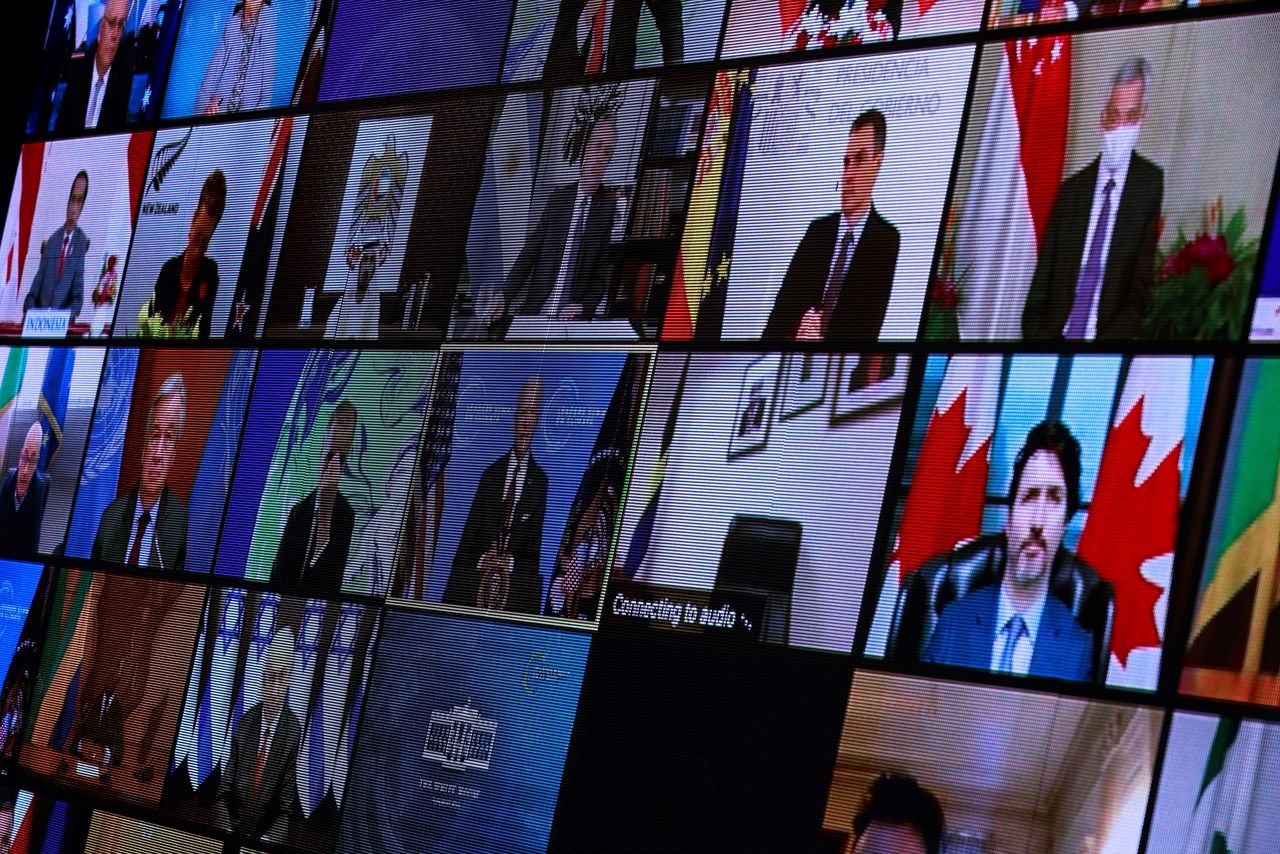 World leaders appear on screen during a virtual Climate Summit, seen from the East Room at the White House in Washington, U.S., April 22, 2021. REUTERS/Tom Brenner 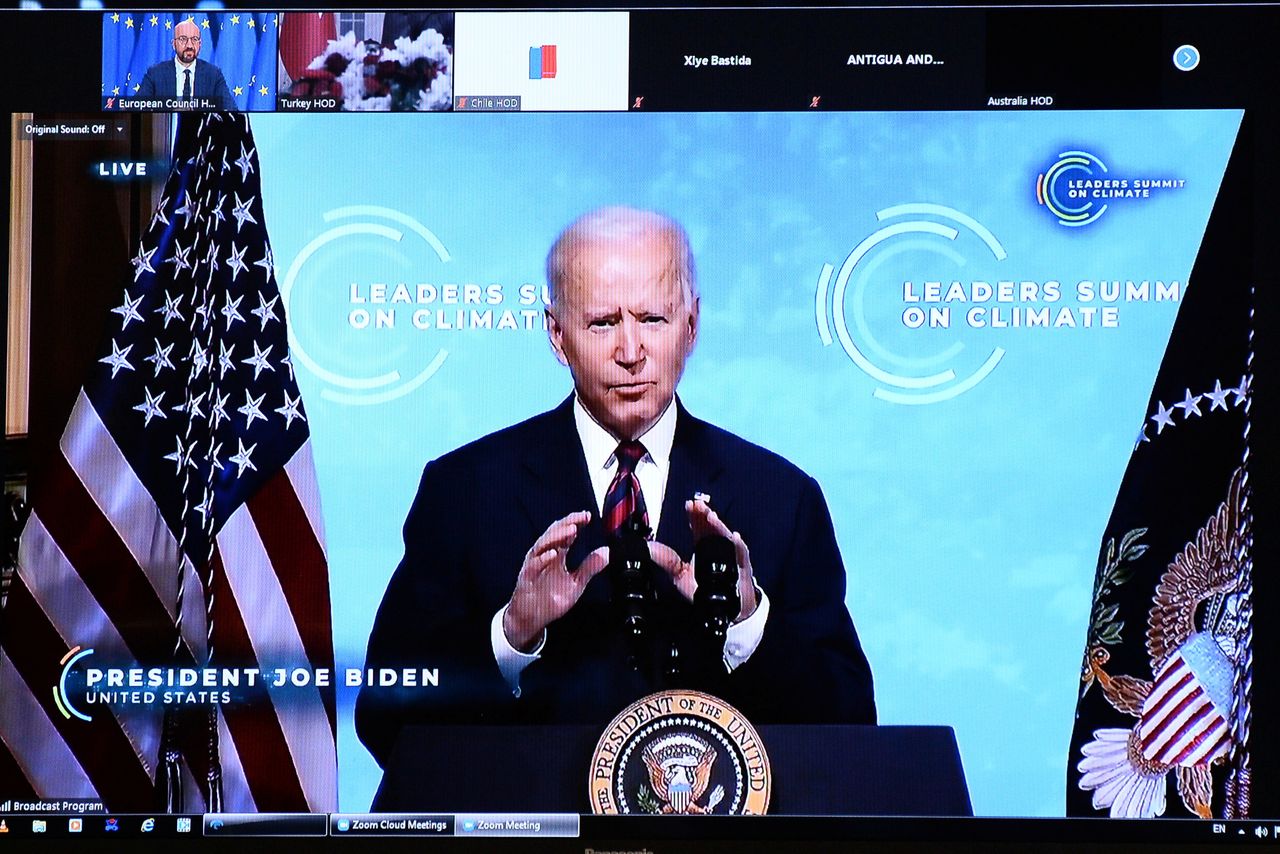 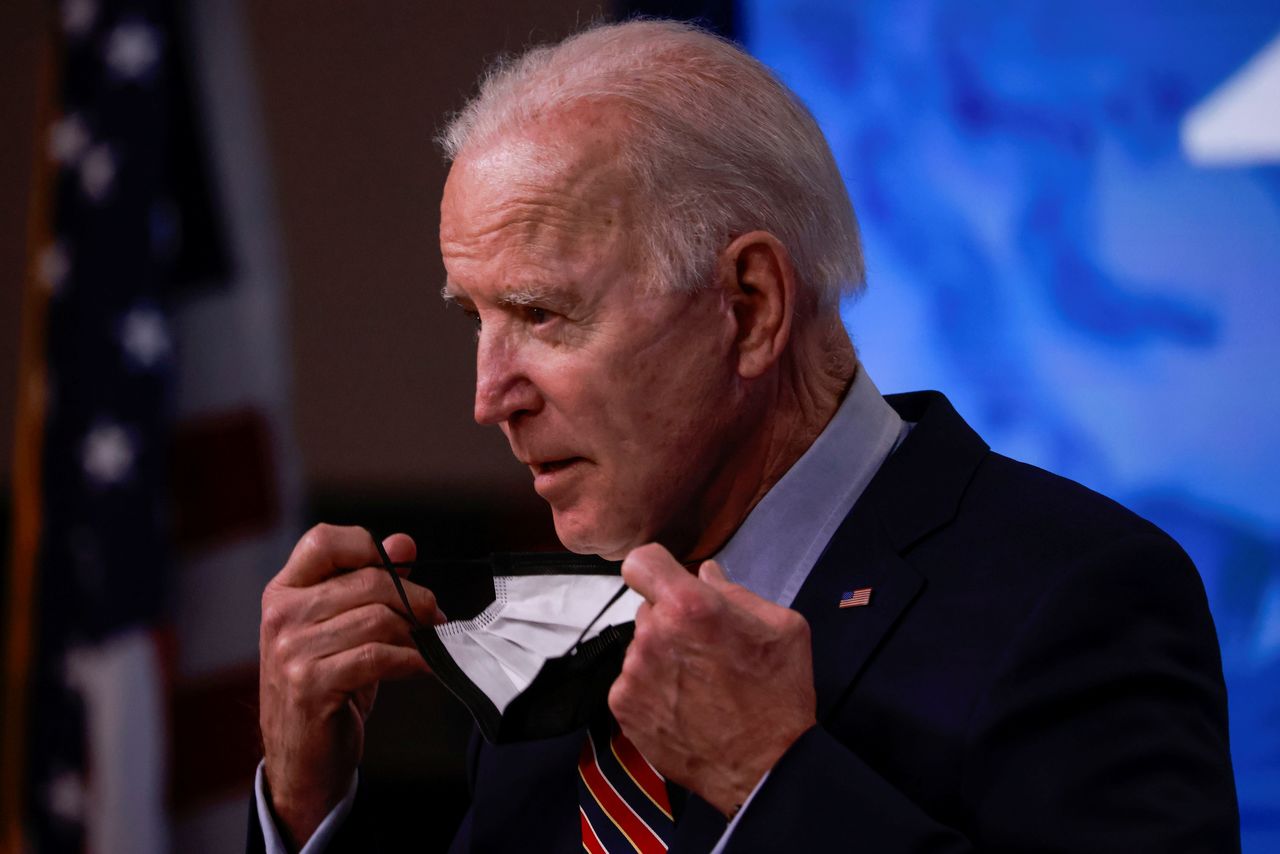