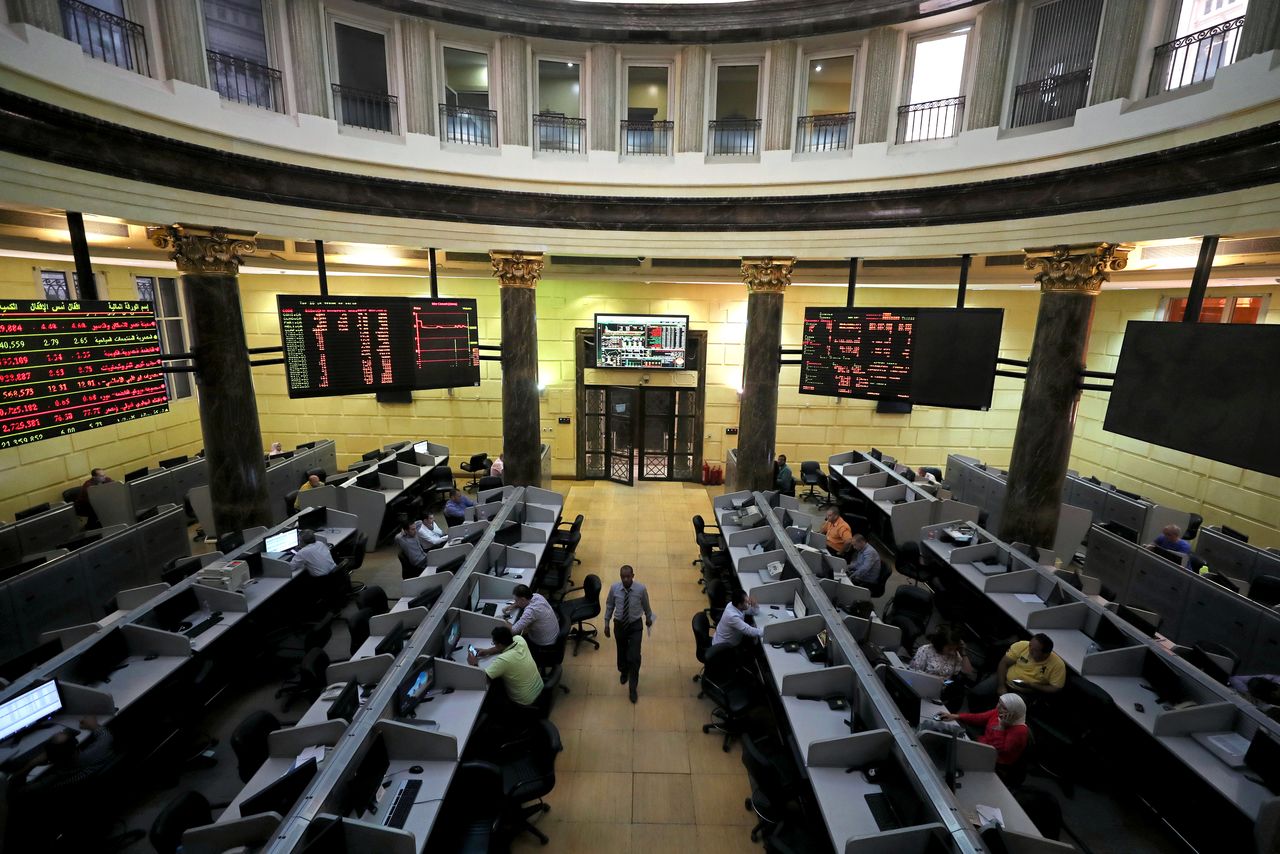 By Tom Arnold and Karin Strohecker

LONDON (Reuters) - Investors in emerging market local currency bonds finding economies such as Russia and Turkey too volatile these days are seeking shelter in markets from Ghana to Egypt once considered far riskier.

Their smaller size and reduced exposure to flighty global capital flows are proving to be unexpected boons as recent gains in U.S. Treasury yields buffet some of their larger peers.

Emerging market local bond markets endured one of the worst starts to the year in recent memory. They delivered a negative total return of 8.5% in the first quarter as investors favoured U.S. markets, where faster growth and a firming inflation outlook triggered a sharp sell-off in U.S. Treasuries and lifted the dollar.

Some of those headwinds have eased after U.S. yields stabilised and the dollar softened in recent days, prompting Morgan Stanley and BlackRock to turn more upbeat.

But with the outlook far from clear, and prominent emerging markets Turkey and Russia haunted by the respective troubles of unorthodox policymaking and geopolitical tensions, some investment banks and asset managers are taking refuge in frontier markets including Egypt, Ghana, Kenya and Uganda.

Normally, lack of liquidity is a headache for investors, making it tough for them to access and exit markets.

But in an environment where economic growth is strengthening after the pandemic, that relative illiquidity can be helpful, Siddiqui said, as fewer people trade Egypt, for example, when U.S. Treasury yields move up.

In comparison, the more widely-traded Mexican peso or South African rand currencies are likely to be clattered by any U.S. yield rise, he said.

Just over 10% of local emerging market debt is part of indexes that guide international capital flows and often steer investment decisions at many major asset managers.

Serbia will enter JPMorgan's widely tracked Government Bond Index Emerging Markets (GBI-EM) suite in June, while Egypt and Ukraine are under review for inclusion, a move that should suck in portfolio inflows while raising the index's overall yield.

"The fact that investors are looking there for yield - particularly in the bills market - just shows you how much everyone is keen for yield pick-up and rates-agnostic," said McLeod. "What the (U.S. Treasury) rates wobble did, it really sparked the global community into the frontier outlook."

William Blair Investment Management is another fan of frontier local bonds, though also positive on more established markets like Brazil.

"We have a goal of increasing over time exposure to frontier market countries in the local currency space," said Marcelo Assalin, William Blair's head of emerging markets debt, who has positions in local markets in Egypt and Ghana, as well as Uganda, Kenya and Georgia.

"Because most of the currencies are under managed regimes, the predominant risk is credit risk. It is much less tactically driven than in the more conventional local market space where emerging market currencies move very much driven by technical factors."

Financial assistance from the International Monetary Fund for low-income countries and a new allocation of special drawing rights should help to support balance of payments positions, further backstopping risks for investors.

Egypt received $2.77 billion in IMF pandemic aid funding last year, Ghana got $1 billion, while Kenya in February struck an agreement with the Fund on a three-year $2.4 billion financing package.

Some investors fear Turkey risks a balance of payments meltdown if it burns through more FX reserves to fight what President Tayyip Erdogan on Wednesday described as a "triangle of evil" of interest rates, inflation and exchange rates.

Foreigners have cut exposure to Russia's sovereign rouble bonds to near six-year lows amid fears over escalating U.S. sanctions in response to tensions with Ukraine.

Those idiosyncratic risks and the expectation of U.S. Federal Reserve tapering ahead explained why Morgan Stanley's upgrade of EM local currency duration to bullish was a tactical, rather than strategic move, it said.

Such factors may explain why investors have been slow to pile into emerging market local debt, unlike in the period before the 2013 "taper tantrum". EM local bond buying has not recovered to its pre-COVID path.

Morningstar data showed fewer funds also launched in the space in the first quarter compared to the same quarters in the four prior years.

(Reporting by Tom Arnold and Karin Strohecker in London; Editing by Catherine Evans)