Dollar rises vs major currencies ahead of Fed meeting 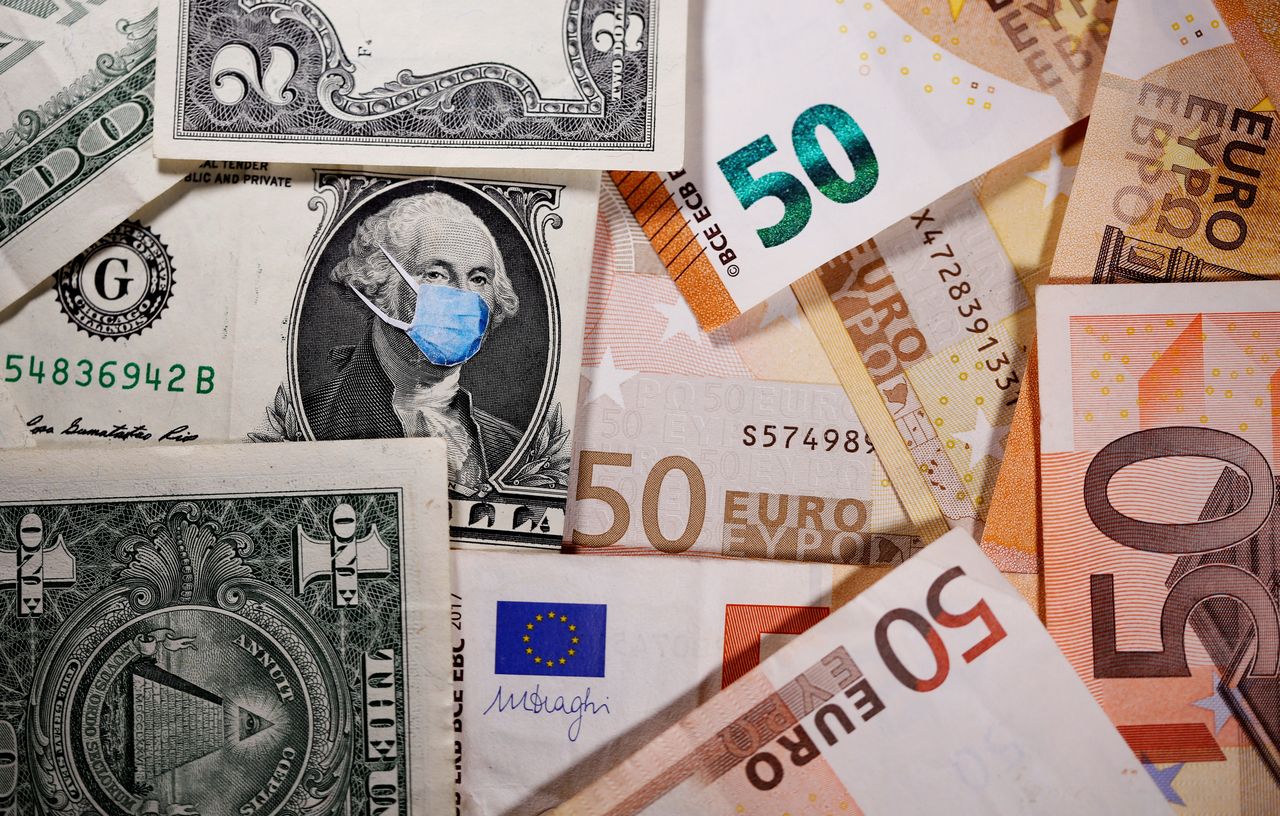 FILE PHOTO: George Washington is seen with printed medical masks on the one Dollar near Euro banknotes in this illustration taken, March 31, 2020. REUTERS/Dado Ruvic/Illustration/File Photo

NEW YORK (Reuters) - The dollar rose from an eight-week low against the euro on Monday, also gaining against major currencies such as the yen and Swiss franc, with investors consolidating positions ahead of the Federal Reserve's monetary policy meeting this week.

The dollar has fallen nearly 3% since late March as U.S. Treasury yields, which had risen this year and supported the greenback, traded in narrow ranges.

"Dollar bears are treading a bit carefully ahead of the Fed decision," said Joe Manimbo, senior market analyst at Western Union Business Solutions. "There is a risk that the Fed this week could signal scope for tapering policy later this year."

The Federal Open Market Committee ends its two-day meeting on Wednesday, and while no major policy changes are expected, investors will pay close attention to comments from Chairman Jerome Powell.

Powell is likely to face questions over whether an improving labor market and rising coronavirus vaccinations warrant a withdrawal of monetary easing. Most analysts though expect him to say such talk is premature, which could put downward pressure on Treasury yields and the dollar.

Edward Moya, senior market analyst at OANDA, said while the Fed could stay the course this week, it could be a different story at the June meeting given the optimism surrounding robust COVID-19 vaccine distribution.

"That will complicate the outlook for the dollar," Moya noted, adding that initially people were expecting the Fed to keep its easy monetary policy stance for some time. But the success in U.S. distribution of vaccines, plus the improving economic outlook have prompted investors to believe that the Fed may taper its asset purchases sooner rather than later.

"A lot of that could derail the dollar view that its day of reckoning is here," Moya said.

In afternoon trading, the euro fell 0.1% against the dollar to $1.2091 after disappointing euro zone data.

German business morale improved by less than expected in April as a third wave of COVID-19 infections and problems with supply of components in the industrial sector seemed to slow the recovery in Europe's largest economy.

Analysts, however, kept focusing on the general direction of travel of the economy, seen firmly on its way out of the COVID-19 crisis.

The dollar index was down slightly at 90.828, partly recovering from an eight-week low.

In emerging markets, the Turkish lira weakened to as much as 8.48 versus the dollar, close to its record low of 8.58 reached in early November. The dollar though was last down 1.6% at 8.2850.

The lira is among the worst performers in emerging markets this year due to worsening relations with the United States and worries about central bank policy.