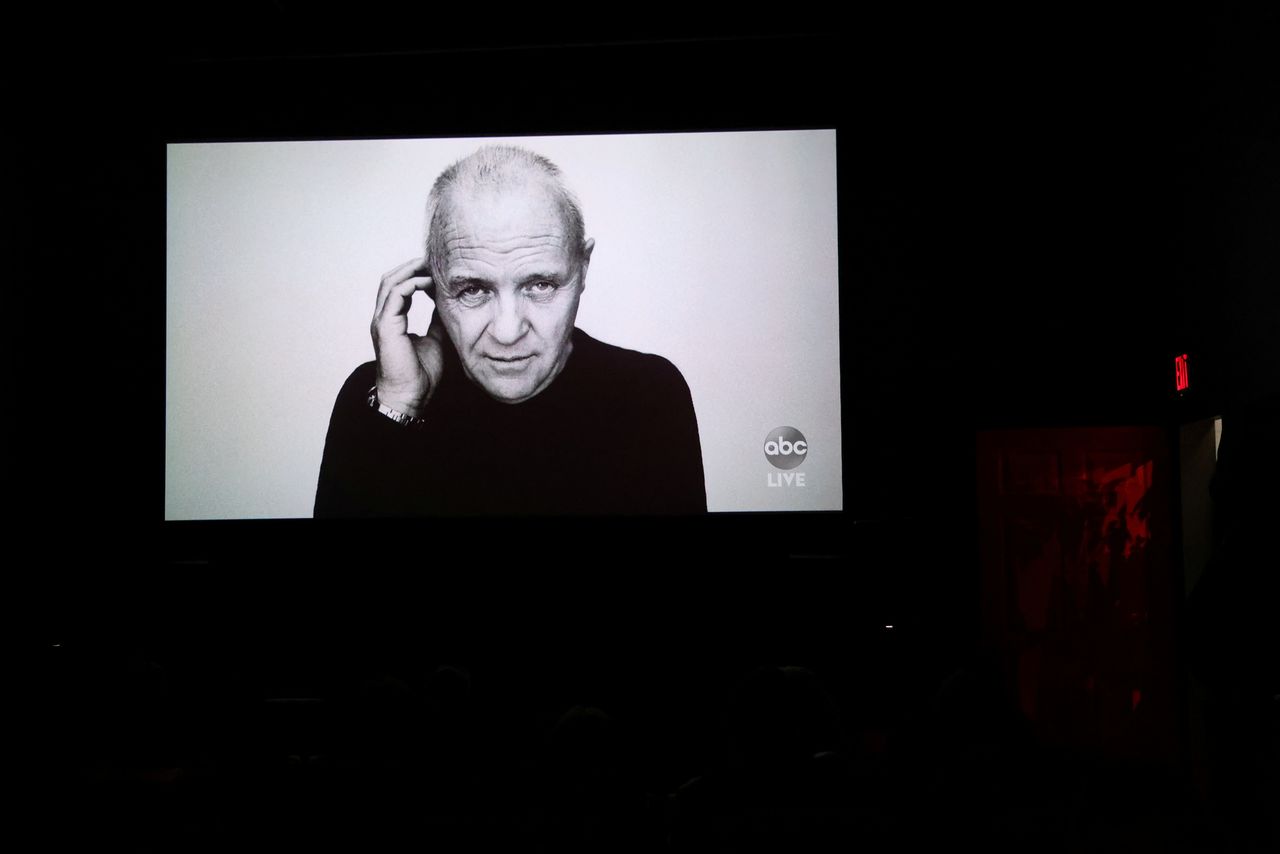 A picture of Anthony Hopkins, who won Best Actor but did not attend the Academy Awards in person, is shown during an Oscars watch party at the Stuart & Cinema Cafe, in Brooklyn, New York, U.S., April 25, 2021. REUTERS/Caitlin Ochs

Hopkins, 83, won the second Oscar of his storied career for a heart-wrenching performance as a man with dementia in "The Father."

He did not attend the ceremony. With Sunday's win, Hopkins became the oldest actor ever to win an Academy Award.

Hopkins has a six-decade film, TV and stage career. He is perhaps best known for playing the brilliant but twisted murderer Hannibal Lecter in the 1991 thriller, "The Silence of the Lambs," for which he won his first Oscar.

He also won the BAFTA Best Actor award in Britain this year for "The Father."

Boseman, best known for the superhero movie "Black Panther," had been widely expected to claim the best actor prize for his role as an ambitious trumpet player in 1920s jazz drama, "Ma Rainey's Black Bottom" after winning a slew of awards in the run-up to the Oscars.

Boseman died in August 2020, having kept secret a four-year battle with colon cancer.

In "The Father," Hopkins plays an aging man who has refused any help from his family and who is beginning to doubt what is real and what is imagined. It is adapted from a 2012 stage play of the same name.

Born in Wales, the soft-spoken Hopkins is the son of a baker whose career has seen him playing characters ranging from the late U.S. President Richard Nixon to artist Pablo Picasso, Pope Benedict and director Alfred Hitchcock.

But Hopkins said his first love was music and that he came to acting as a profession by accident. He is also an accomplished pianist and artist who has lived for years in California.