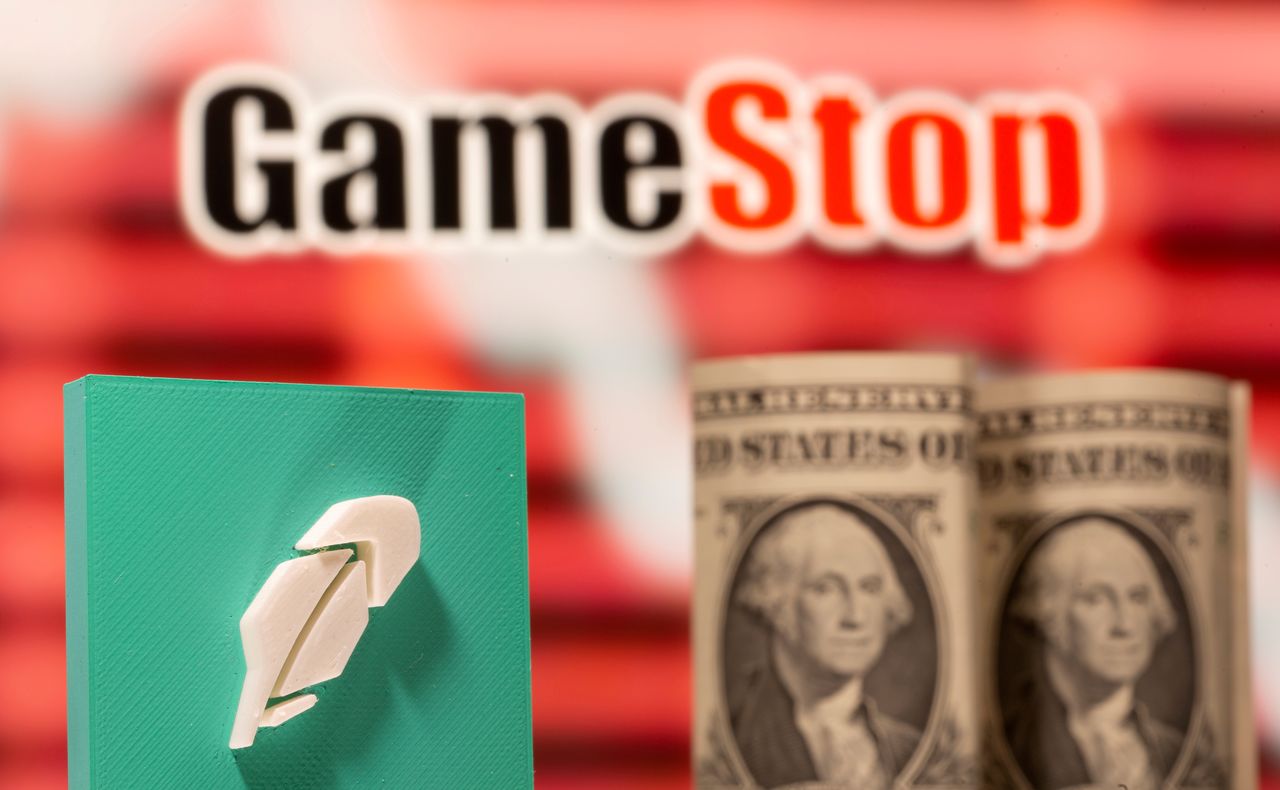 NEW YORK (Reuters) - Retail traders have shifted from "meme stocks" to large-cap names and exchange traded funds, and while their activity has eased from its January peak, the blistering pace of new retail account openings means non-professionals are likely to remain a market force.

Retail trading levels skyrocketed at the beginning of the year, helped by the frenzy of buying in stocks like GameStop Corp. But that has been followed by a pullback, according to data, despite expectations that investors would use stimulus checks to trade.

"We were expecting this huge influx of money to come in from retail after the stimulus checks came in, in March. That didn’t happen," said Eric Liu, cofounder of Vanda Research, which tracks retail trading activity.

Liu said small investors who sold favorites like GameStop in February or March likely got burned, as most of the names retail piled into in January fell between 20% and 30%.

That may have caused some investors to hold some money back from the markets, and driven others towards ETFs, he said. Buying ETFs over single stocks is a more conservative trade as it spreads risk.

Analysts at JPMorgan said in a note on Wednesday that retail activity around small-cap stocks is near year-to-date lows, but it has picked up in the past couple of weeks around large-cap stocks like Apple and Boeing, as well as ETFs like Invesco QQQ.

While overall retail volumes have eased, they remain well above almost any other time period, and other measures of retail engagement, like margin balance, are also robust, Jefferies analysts said in a note.

At Charles Schwab Corp, activity edged slightly higher in the week of April 12, to an average of just over 6 million daily trades, after falling for six-straight weeks from around 9.4 million in the week of Feb. 22, company metrics https://content.schwab.com/web/retail/public/about-schwab/13-week-table-trades-01192021-to-04162021.pdf show.

"As we moved into March and now well into April, we did see client engagement moderate to some extent," Schwab's chief executive officer, Walt Bettinger, said on Thursday. "It still is elevated, but it does appear at levels that may be more sustainable for the long term."

The underlying strength of online brokerage account openings, however, means analysts are not counting retail investors out yet. Individuals have been entering the market in droves since October 2019 when large brokers like Schwab and Fidelity dropped their trading commissions, following startups like Robinhood and Social Finance Inc (SoFi).

Mike Bijesse, a 34-year-old New Yorker with a fintech background, said he started using his Robinhood app daily around the start of the pandemic.

"I'm definitely a little bit addicted. There's a, 'first thing in the morning have a look,' sort of thing and making some impulse trades," he said.

The influx of new investors surged during COVID-19 lockdowns and their frenzied trading of small-cap stocks like GameStop and AMC Entertainment helped push market volumes to record levels, peaking at 24.48 billion shares traded on Jan. 27, according to Refinitiv data and analysts.

Bijesse said that on that day he sold AMC shares he had bought in December for a 5X return. More recently, he bought a quarter-share of the mega-cap Coinbase after its market debut last week.

At Schwab, customers opened 3.2 million new accounts in the first quarter - more than were opened in all of 2020, not including accounts acquired through mergers and acquisitions, the company said.

At brokerage TradeZero America, new accounts are up between 300% and 400% this year over all of last year, said cofounder Dan Pipitone.

"While the volumes have definitely tapered off, the pace at which people are onboarding and opening accounts, we really haven't seen a deep decrease in that," he said.

With trading costs down so much for small investors, almost everyone can have a brokerage account, even if it's just for entertainment value, said Ivo Welch, a finance professor at UCLA's Anderson Graduate School of Management.

"There are few other cheap thrills and gambles where the odds are so good. Certainly much better than lotteries or Las Vegas," he said.