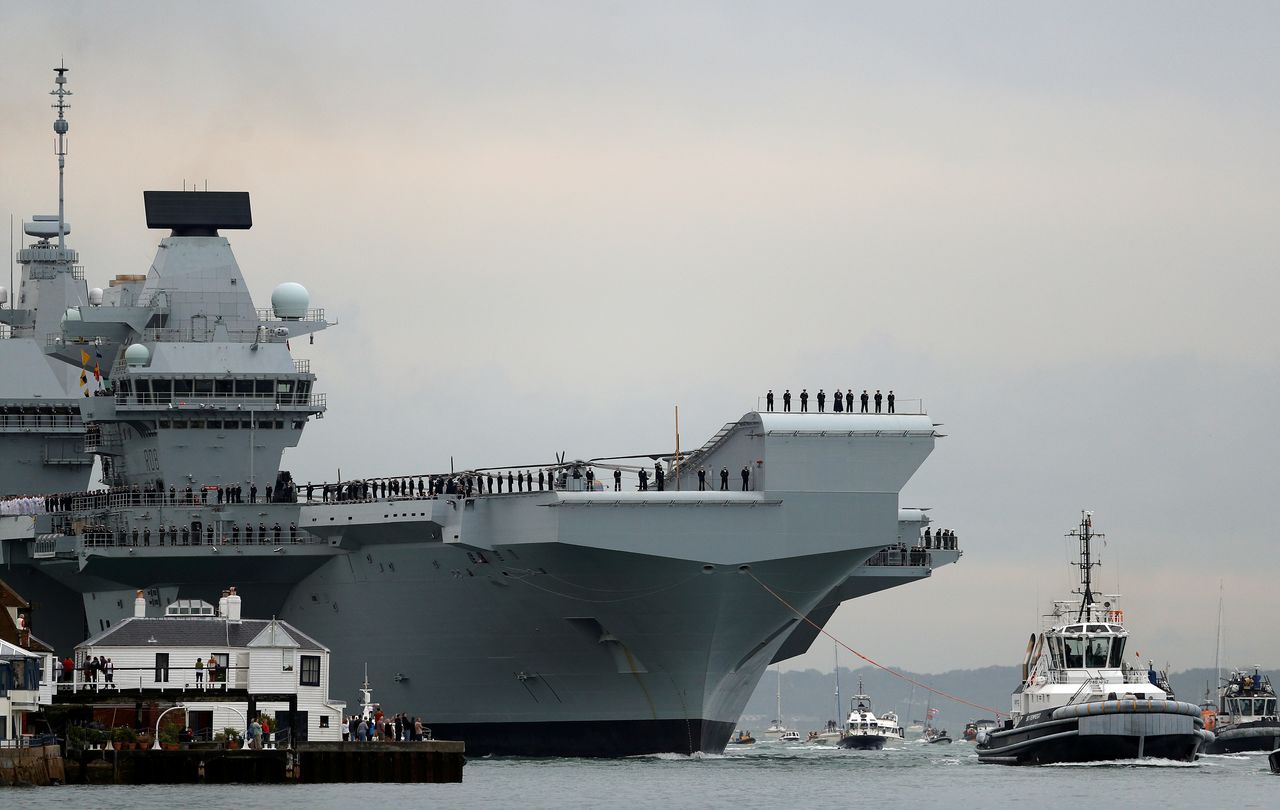 TOKYO (Reuters) -Britain's HMS Queen Elizabeth aircraft carrier will lead a flotilla of Royal Navy ships through Asian waters on port visits to Japan and South Korea on its maiden deployment, the British embassy in Tokyo said on Monday.

The high-profile visits, aimed at bolstering security ties in East Asia, come amid tensions in the region as concern grows in Japan over any threat posed to neighbouring Taiwan by China.

Japanese Prime Minister Yoshihide Suga and U.S. President Joe Biden issued a joint statement this month addressing China's growing assertiveness and the importance of peace and stability in the Taiwan Strait following their first face-to-face meeting in Washington since both became leaders of their countries.

Including the Queen Elizabeth with 18 F-35B stealth fighters, two destroyers, two frigates and two support ships, the British carrier strike group will have to sail through the contested South China Sea, parts of which are claimed by China and South East Asian countries, on its way to East Asia. The ships will also stop in India and Singapore.

It will be joined by vessels from the United States and a frigate from the Netherlands and will carry out exercises with forces from Japan, Australia, Canada, New Zealand, France, the UAE, Denmark, Greece, Italy, Turkey, Israel, India, Oman and South Korea, the British government said in a news release.

Other foreign ships currently in Asian waters include a French amphibious carrier and two U.S. navy aircraft carriers, one of which, the USS Ronald Reagan, is based in Japan. A close Washington ally, Japan hosts the biggest concentration of U.S. military forces outside the United States, including warships, planes and thousands of marines.

The latest, and so far most conspicuous, visit to Japan by British forces follows earlier deployment of warships, jet fighters and troops for joint training exercises as London and Tokyo look to strengthen defence ties.