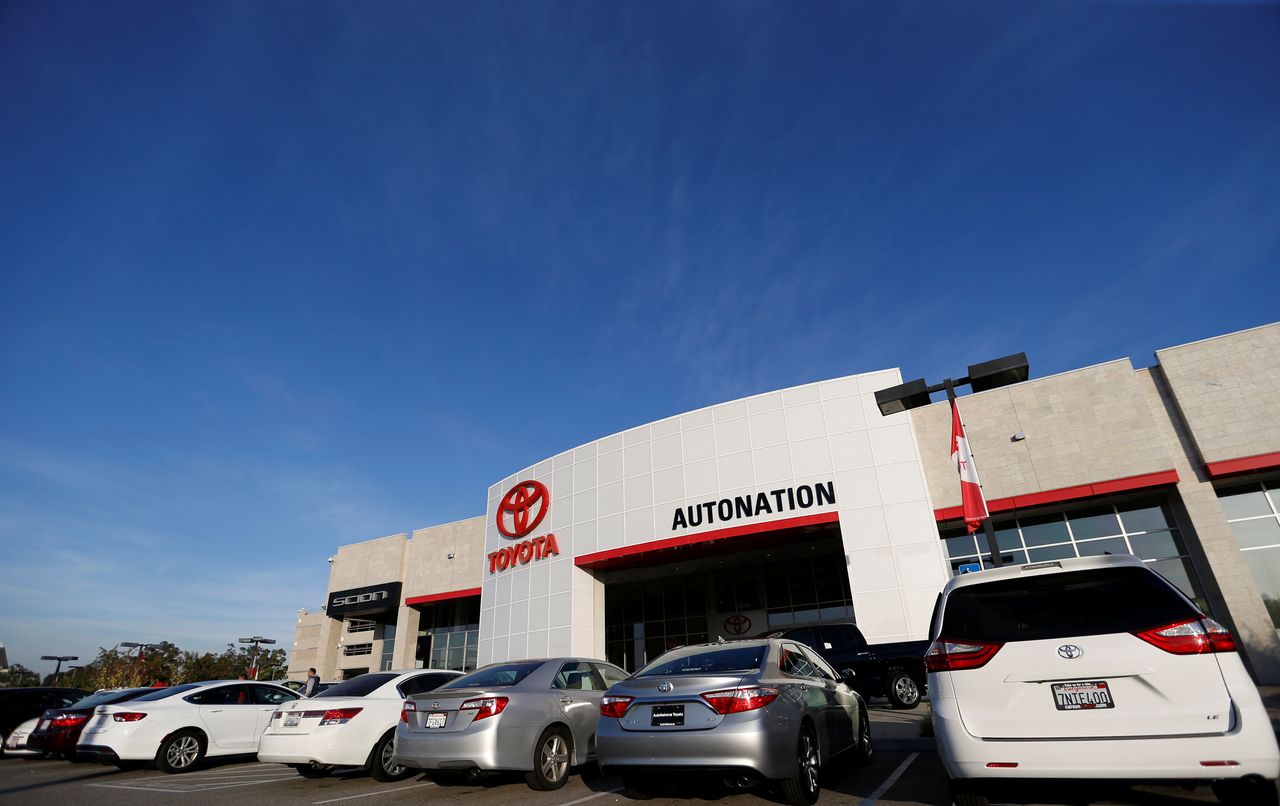 By Ben Klayman and Ankit Ajmera

(Reuters) - Mike Bowsher shakes his head in wonder when he hears yet another customer at one of his Buick-GMC dealerships near Atlanta has agreed to pay full sticker price of more than $71,000 for a top-of-the-line GMC Yukon XL Denali SUV that is still being assembled at a General Motors factory.

Customers know what Bowsher has arriving by scanning the online inventories of his six stores in the region, and they are often willing to wait more than a week and pay full price to get their desired vehicle.

"I'm selling about 150% of what I have on the ground," Bowsher said. "We are selling stuff so far up in the pipeline that they're putting money down on 'in-process,' which is in the plant."

Automakers from GM to Ford Motor and Toyota have cut production this year due to the global semiconductor chip shortage. While those automakers have been pinched, dealers are experiencing the best of times. Not only can they charge full price for the hottest-selling trucks and SUVs, but many also have reduced promotional spending and other costs required by full vehicle lots.

"I'll take this till I'm six feet under," Bowsher said. "Customers are coming in just saying, 'I'll take it, full sticker, get it ready.' It's nuts."

AutoNation Inc Executive Vice President Marc Cannon called it "Camelot," comparing it to the legendary castle and court of King Arthur. He wondered whether this could turn into the new operating model in an industry where consumers in the past were conditioned to seek incentives and rebates that reduced vehicle prices by 10% or more.

The good times won't likely end soon as many industry officials see the chip shortage lasting into 2022. Many dealers report thin vehicle supplies, in some cases as low as 15 days worth.

At his company's Toyota store in Maine, Todd Skelton, chief executive of Prime Automotive Group, had 62 cars in mid-April, down from the typical 300 vehicles.

"We're now beginning to see not only the depletion of what we had in stock, but nothing following behind it," said Skelton, whose company has 32 stores in New York, New Jersey and New England across multiple brands.

One concern of Skelton's is whether reduced supply will drag down overall profits despite higher margins.

And demand is not high for just new cars, as used-car prices are also rising, dealers said.

Not every dealer is ebullient.

Jim Seavitt, who owns a Ford dealer near the No. 2 U.S. automaker's Dearborn, Michigan, headquarters, said dealers celebrating now could be hurt later if inventories continue to fall.

(Reporting by Ben Klayman in Detroit and Ankit Ajmera in Bengaluru; editing by Diane Craft)