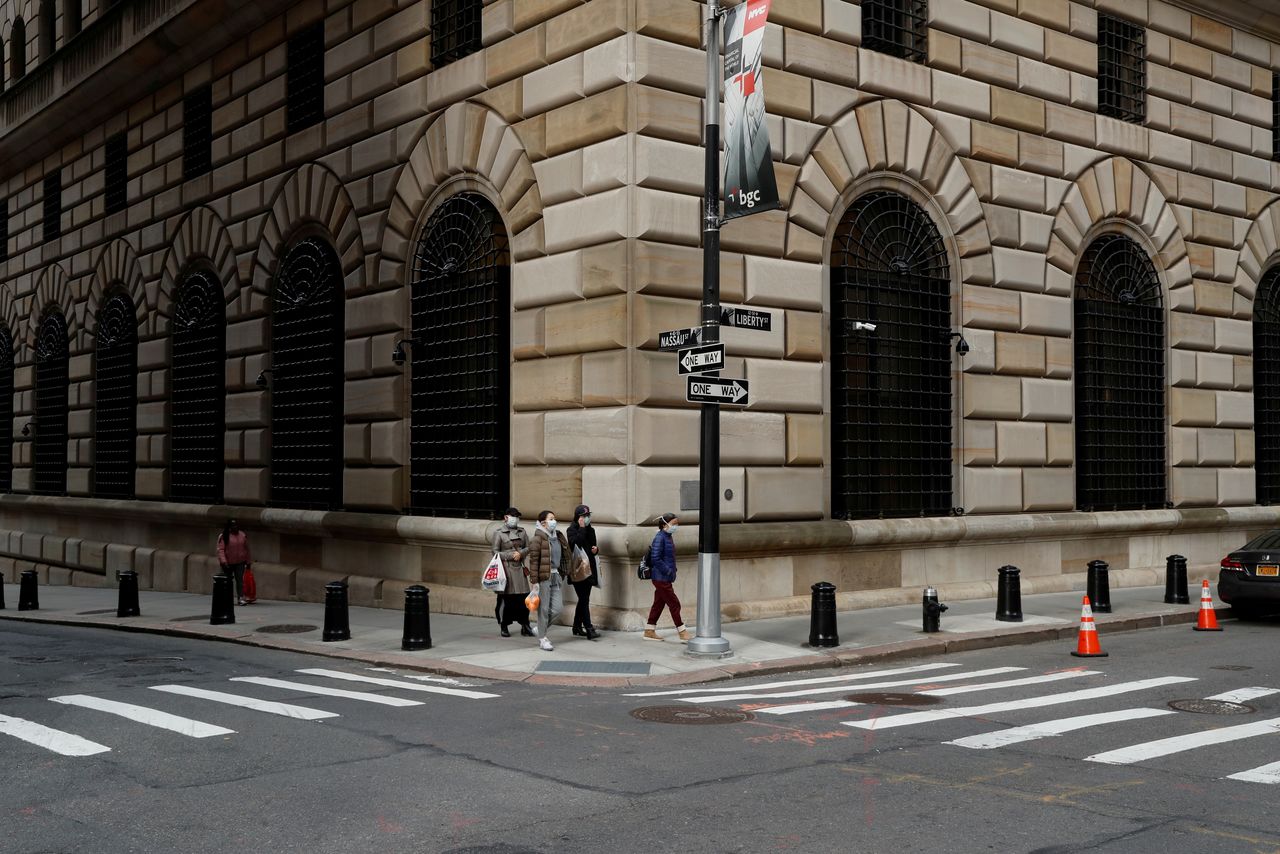 NEW YORK (Reuters) - U.S. banks' demand for Treasury securities has not dimmed, contrary to expectations, since the Federal Reserve let expire a waiver to a capital adequacy regulation granted early in the pandemic, even as firms seek to raise more capital via debt issuance instead.

That should prevent spikes in U.S. Treasury yields and keep them in a narrow range this year.

The waiver to the supplementary leverage ratio expired on March 31. That means big banks, as of April 1, have resumed holding more loss-absorbing capital against U.S. Treasuries and central bank deposits.

The Fed also said it would undertake a formal review of the SLR given concerns it is no longer functioning as intended with the central bank's COVID-19 monetary policy measures.

"When we were all talking about the SLR a couple of months ago, we were worried that the exemptions will expire... and banks would sell Treasuries, but the SLR (exemption) went away, and we didn't really see significant selling pressure," said Dan Krieter, interest rates strategist at BMO Capital in Chicago.

Along with other investors, some bank buying has lifted Treasury prices since the beginning of the month, pushing U.S. 10-year yields about 20 basis points lower. They were last at 1.572%.

Bank issuers are jumping in to take advantage of the low cost of capital with an eye to the future amid potentially higher rates and borrowing costs, said Lyn Graham-Taylor, senior rates strategist at Rabobank in London.

JPMorgan Chase, Bank of America, Goldman Sachs and Morgan Stanley have or are planning to issue a total of $40 billion in debt, according to media reports.

JPMorgan's $13 billion bond sale on April 15 was briefly an industry record until it was topped the next day by Bank of America's $15 billion offering.

"The Fed has also hinted heavily at a permanent tweak to SLR calculations that likely prevented any large selling of Treasuries," BMO's Krieter said.

The latest Fed data on primary dealer holdings of Treasuries, one component of bank ownership of U.S. government debt, showed a slight increase of their Treasury inventory as of April 14, to $125.6 billion, from a week earlier.

Primary dealer holdings did decline from end-February to mid-March as banks braced for the expiration of the SLR exemption, data showed.

U.S. banks currently hold between 8%-10% of publicly available Treasury securities, according to Fed data. That is a major chunk that could move yields if there are reallocations away from Treasuries.

In April 2020, the Fed excluded Treasuries and central bank deposits from the leverage ratio until March 31, a move aimed at easing Treasury market stress and encouraging banks to lend.

"From my understanding, there weren't many banks that have been using the SLR exemption on their Treasury holdings anyway," said Patrick Leary, chief market strategist and senior trader at broker-dealer Incapital.

Issuing debt is far more advantageous to banks compared with selling Treasuries, analysts said, even though they could lose money doing so.

"Funding a portfolio of bank reserves and Treasuries with unsecured bank debt is likely a negative arbitrage proposition," said BMO's Krieter. "Interest on reserves don't earn much and they earn less than what you're paying for the debt that funds it."

But Krieter noted that selling Treasuries has been a much more expensive exercise than issuing debt.

"To maintain a certain SLR, you might sell Treasuries and then presumably buy them back at a higher market price once the permanent exemption comes," Krieter said.

"In this example, you're paying the full bid/ask spread on a Treasury portfolio worth tens of billions of dollars."