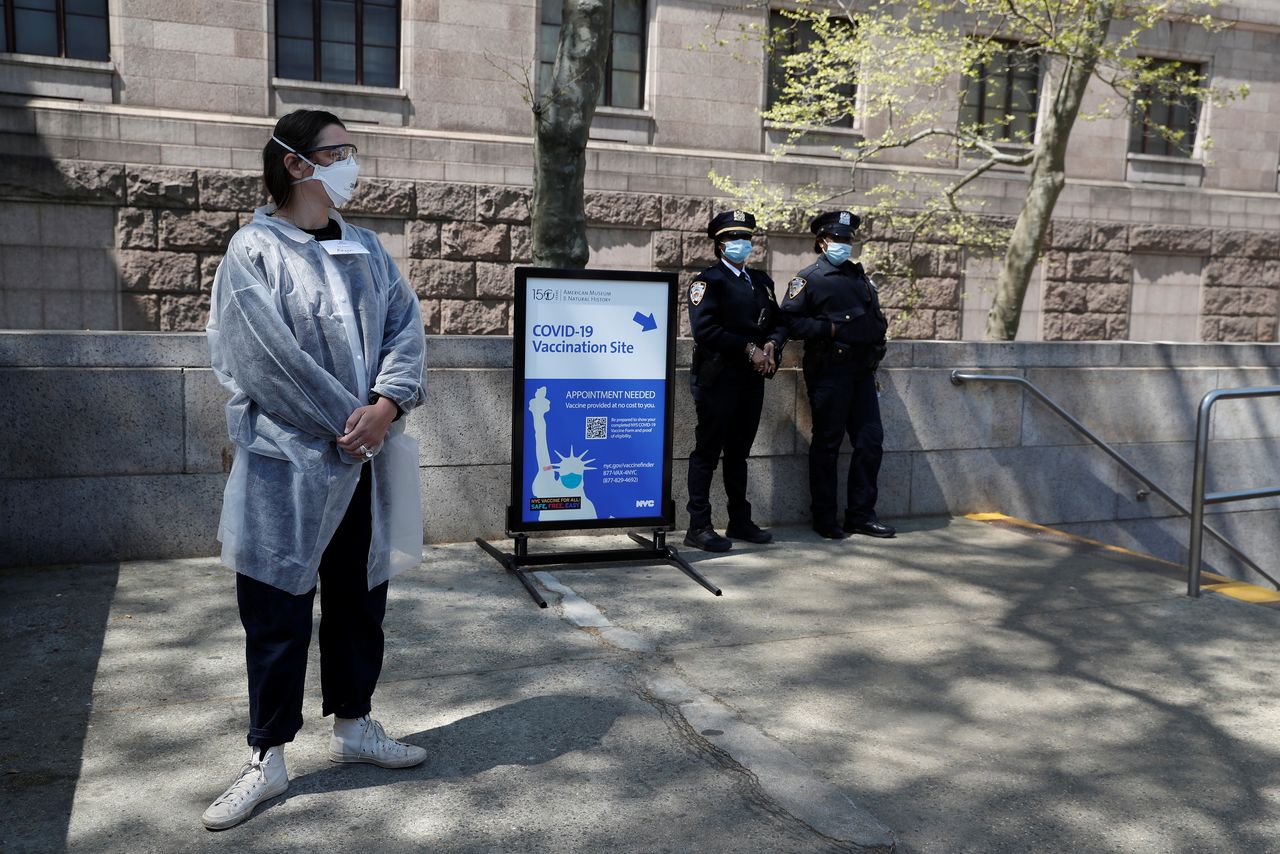 FILE PHOTO: A woman stands near the entrance to a pop up vaccination site at the American Museum of Natural History in New York City, U.S., April 23, 2021. REUTERS/Shannon Stapleton

* The European Commission launched legal action against AstraZeneca for not respecting its contract for the supply of vaccines and for not having a "reliable" plan to ensure timely deliveries.

* British Prime Minister Boris Johnson denied a newspaper report that he had said he would rather bodies piled "high in their thousands" than order a third lockdown.

* The United States will start to share up to 60 million doses of AstraZeneca's vaccine with other countries as soon as the next few weeks, the White House said.

* Venezuela is interested in acquiring the Johnson & Johnson vaccine for its inoculation campaign, parliament chief Jorge Rodriguez said, adding that authorities want to know more about its side effects.

* India's government has decided to leave the import of COVID-19 vaccines to state authorities and companies, two government officials told Reuters, a decision that may slow acquisitions of shots.

* The World Health Organization expects to decide whether to give emergency approval for China's two main COVID-19 vaccines in the next two weeks.

* Thailand slapped restrictions on travel from India over concerns of imported cases and closed more venues in Bangkok, even as it came under fire for not doing enough to contain a spike in infections.

* The Philippines announced its COVID-19 cases had exceeded one million, as it sought to boost healthcare capacity to ease strains on hospitals and medical staff stretched by a second wave.

* Turks will be required to stay mostly at home under a nationwide "full lockdown" starting on Thursday and lasting until May 17 to curb a surge in infections and deaths.

* Russian pharmaceutical firm Pharmasyntez said it was ready to ship up to 1 million packs of the remdesivir antiviral drug to India by end-May, once it has received the approval of Russia's government.

* Moderna's COVID-19 vaccine will be reviewed on April 30 by technical experts for possible WHO emergency-use listing, a World Health Organization spokesman told Reuters.

* Global stock markets made moderate gains on Monday as increasing confidence about a rapid recovery of economies from the pandemic offset concerns about the speed of the market's rally.[MKTS/GLOB]

* Britain looks set to see faster economic growth than the United States this year as the country races ahead with its vaccination programme after its slump in 2020, Goldman Sachs said.