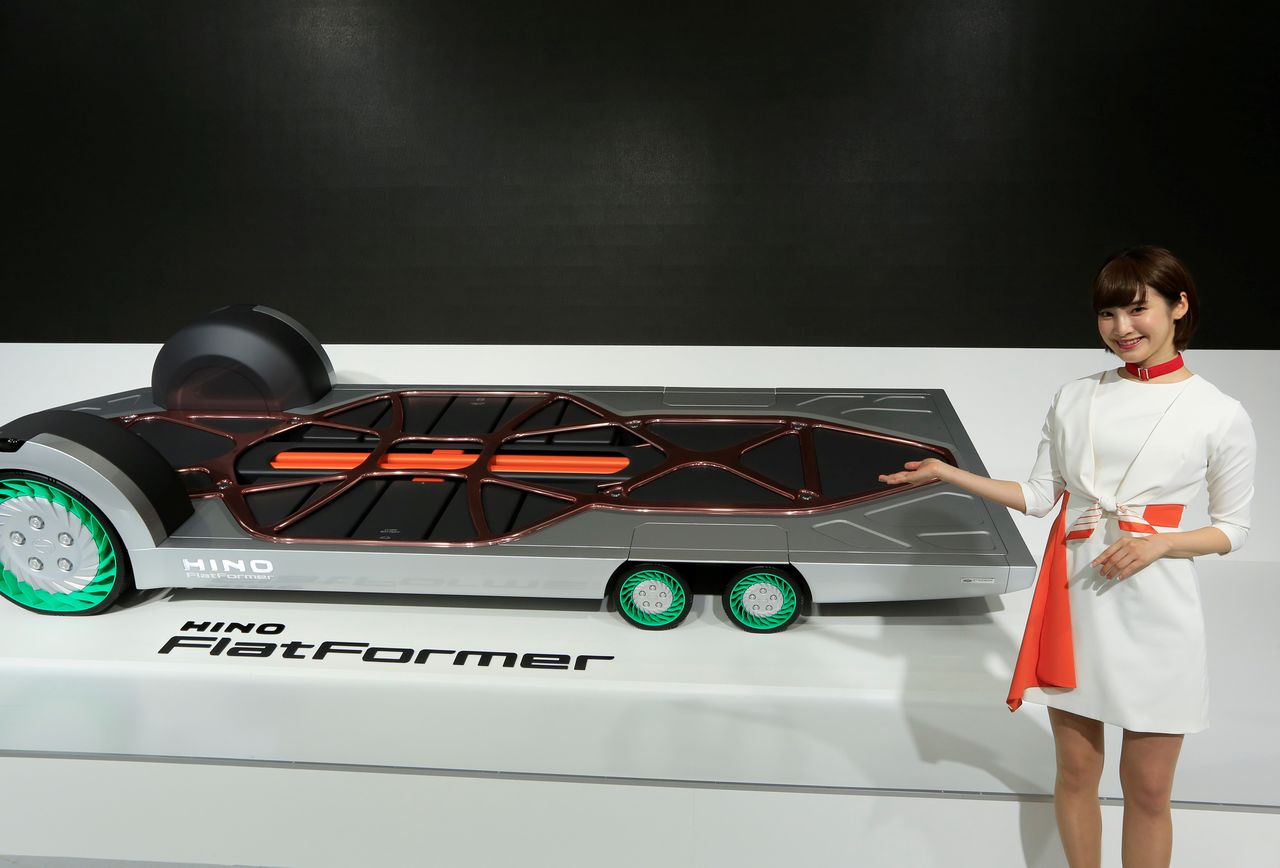 That market could be worth hundreds of billions of dollars over the next five years, analysts estimate, attracting the likes of General Motors Co and Ford Motor Co.

Like Arrival and Rivian, Ree has developed a flexible electric skateboard that combines motor, batteries, steering, suspension and brakes into a flat chassis on which different vehicle configurations — among them vans and buses — can be built.

Ree has a twist: Each corner of the skateboard features a modular wheel/tire combination that also incorporates suspension and other chassis components.

Hino and Ree plan to jointly develop an electric commercial vehicle chassis that employs Ree’s corner modules and features a detachable “mobility service module” that can function as a stand-alone unit. The partners plan to begin developing prototype vehicles in 2022.

Hino said the starting point for development is a concept called FlatFormer for a modular electric commercial vehicle, first displayed at the 2019 Tokyo auto show.

In February, Ree said it would go public later this year in a reverse merger with blank-check acquisition company 10X Capital. Arrival went public in March in a similar deal. Rivian reportedly is considering an initial public offering later this year.

(Reporting by Paul Lienert in Detroit; editing by Richard Pullin)