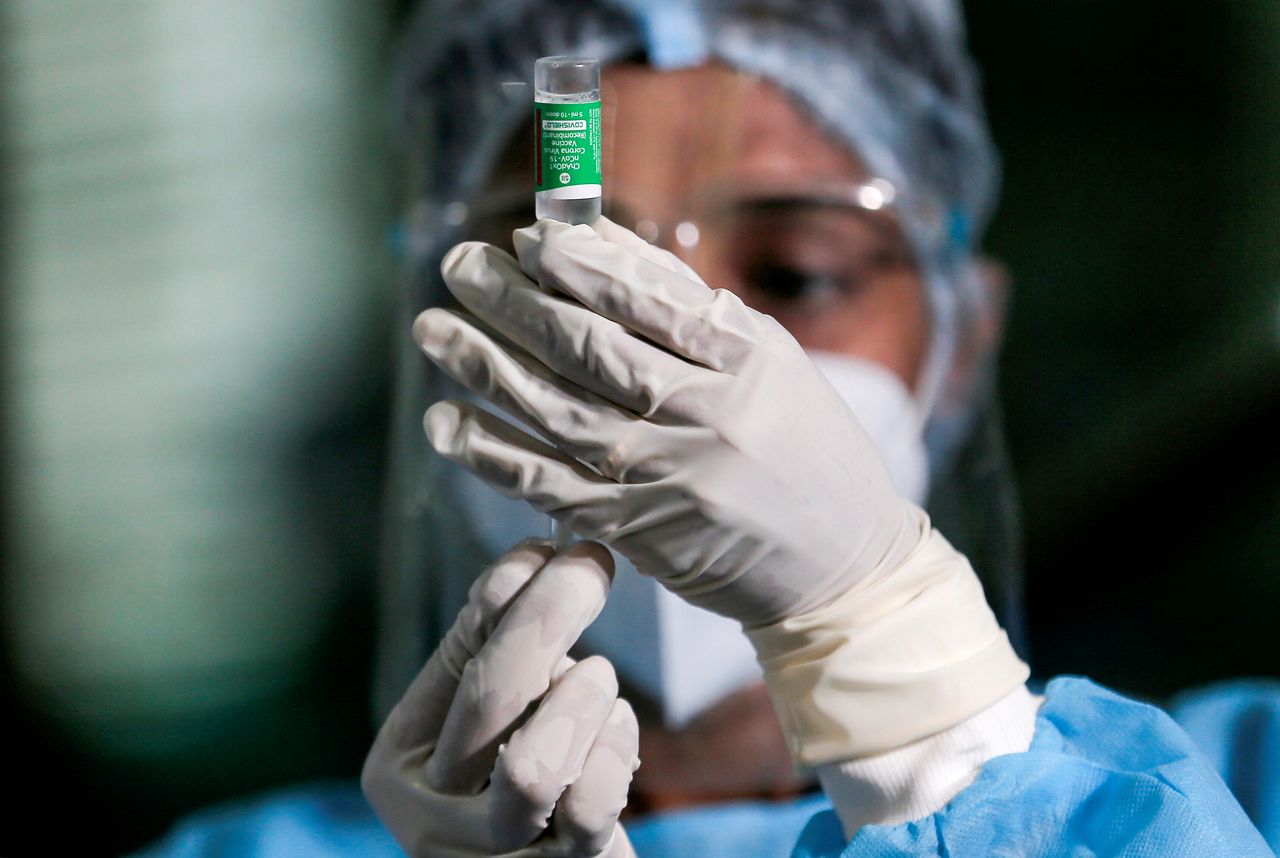 On Monday, the White House said 10 million doses could be cleared for export "in coming weeks" and the rest by June. It has not revealed potential beneficiaries, but the sources said India could gain the most.

"The wheels of diplomacy and appeals from WHO and top public health experts changed their thinking and now we have the U.S. ready to send vaccines," said one of the sources, an aide to Prime Minister Narendra Modi.

The Biden administration had agreed to ship doses to India after initial reluctance, he added.

"We are not sure how many we will receive. All I can say here is, our bowl is the largest and deepest."

Speaking to Reuters after a telephone conversation between Modi and President Joe Biden on vaccine raw materials, the second official said India was lobbying hard to get more than 35% of the AstraZeneca doses.

"Our prime minister has been assured that India will be given priority; the ratio of Indian share is being worked out," said the official, who is involved in the negotiations with the U.S. authorities.

"We are also assuring them that once COVID cases decline, we will manufacture and distribute vaccines to other nations," the source added, in line with a pact among the Quad group of nations comprising the U.S., India, Japan and Australia.

Both officials declined to be named ahead of a formal announcement of beneficiaries by the United States.

Modi's office and India's Ministry of External Affairs did not immediately respond to requests for comment.

"We are facilitating," he added. "Some states have the money and they are willing to pay for it, whether it's for local or imported vaccines."

On Monday, citing two unidentified government officials, Reuters reported the federal government had decided to leave such purchases of foreign vaccines to state authorities and companies.

India, with the world's largest vaccine-making capacity, had donated or exported more than 66 million doses before its own needs jumped because of the surge in infections.

Over the last six days, it has racked up more than 300,000 cases a day, pushing the public health system close to collapse in major cities such as the capital, New Delhi.