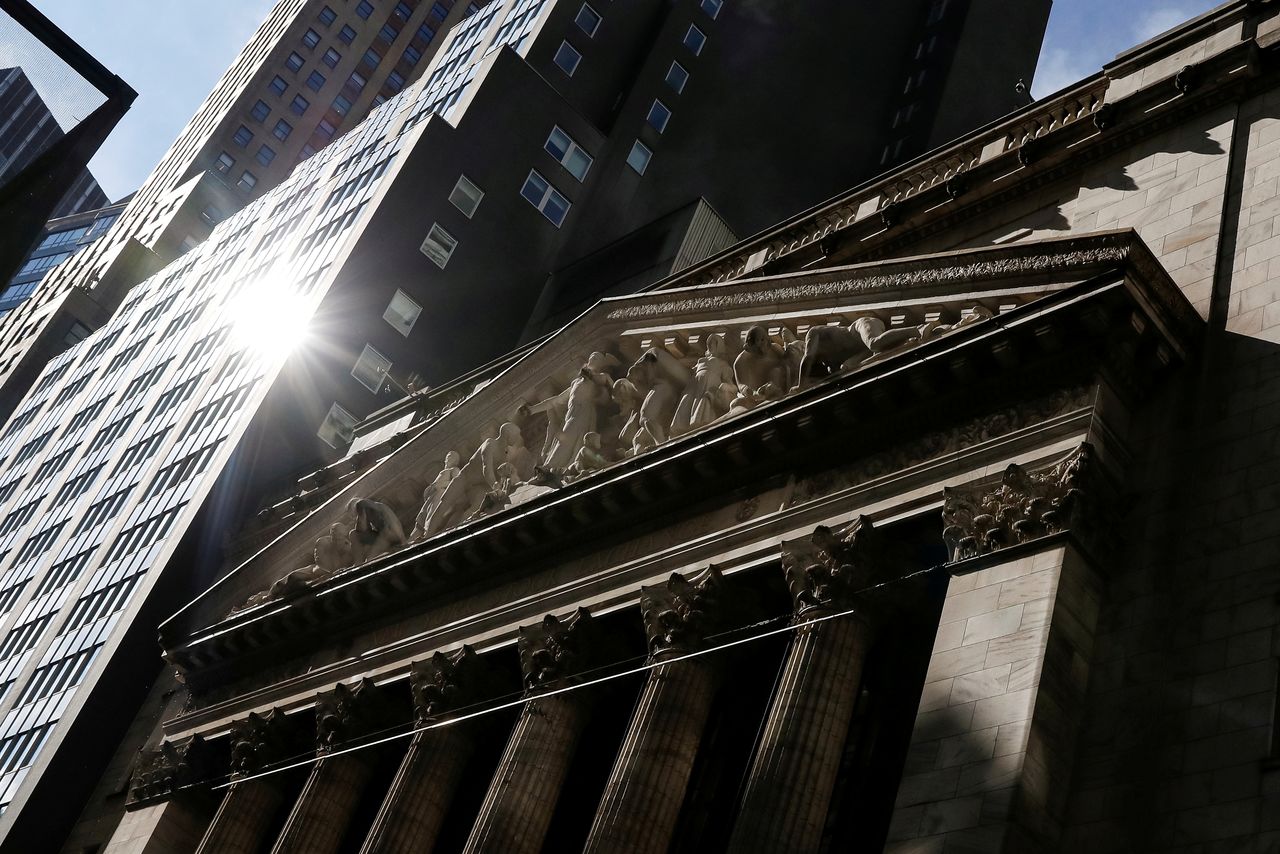 NEW YORK (Reuters) - World shares stayed close to record highs while the dollar and Treasury yields slipped after the Federal Reserve held interest rates and its monthly bond-buying program steady, giving no sign it was ready to reduce its support for the U.S economy.

Investors had been anxiously waiting to see if the Fed would signal a tapering of its mass stimulus programme.

In a statement released after a two-day policy meeting, the U.S. central bank did note progress on vaccines and economic recovery, a slightly less negative view than its description in March.

That left some investors speculating that tapering could be on the cards sooner than anticipated.

"It sets up this dynamic as the year plays out: If this continues, does the Fed feel compelled to act?" said Michael Arone, chief investment strategist at State Street Global Advisors in Boston.

MSCI's broadest index of world shares continued towards its best month of the year so far.

Some investors questioned whether recent gains are sustainable.

"You're seeing an irrational exuberance with money chasing money. It seems like we could be setting ourselves up for a correction," said Drew Horter, president and chief investment officer of Tactical Fund Advisors in Cincinnati.

Treasury yields dipped in the absence of any immediate talk about tapering, while the dollar stayed in defensive mode.

April is currently set to be its cruellest month for the greenback since last July.

Traders were awaiting a packed schedule of U.S. corporate earnings after the bell along with U.S. President Joe Biden's first address before a joint Congress session later this evening.

Biden will likely underscore his administration's plans for infrastructure and stimulus spending.

That would normally be positive for stocks, but analysts say so much economic optimism is already priced into the equity market that it is difficult to budge equities from current levels.

Graphic: Global markets in April and year to date - https://fingfx.thomsonreuters.com/gfx/mkt/xklpyyyoxpg/Pasted%20image%201619600308252.png

In the cryptocurrency market there was excitement as the European Investment Bank said it would sell a two-year digital bond worth 100 million euros ($120 million) on the ethereum blockchain network.