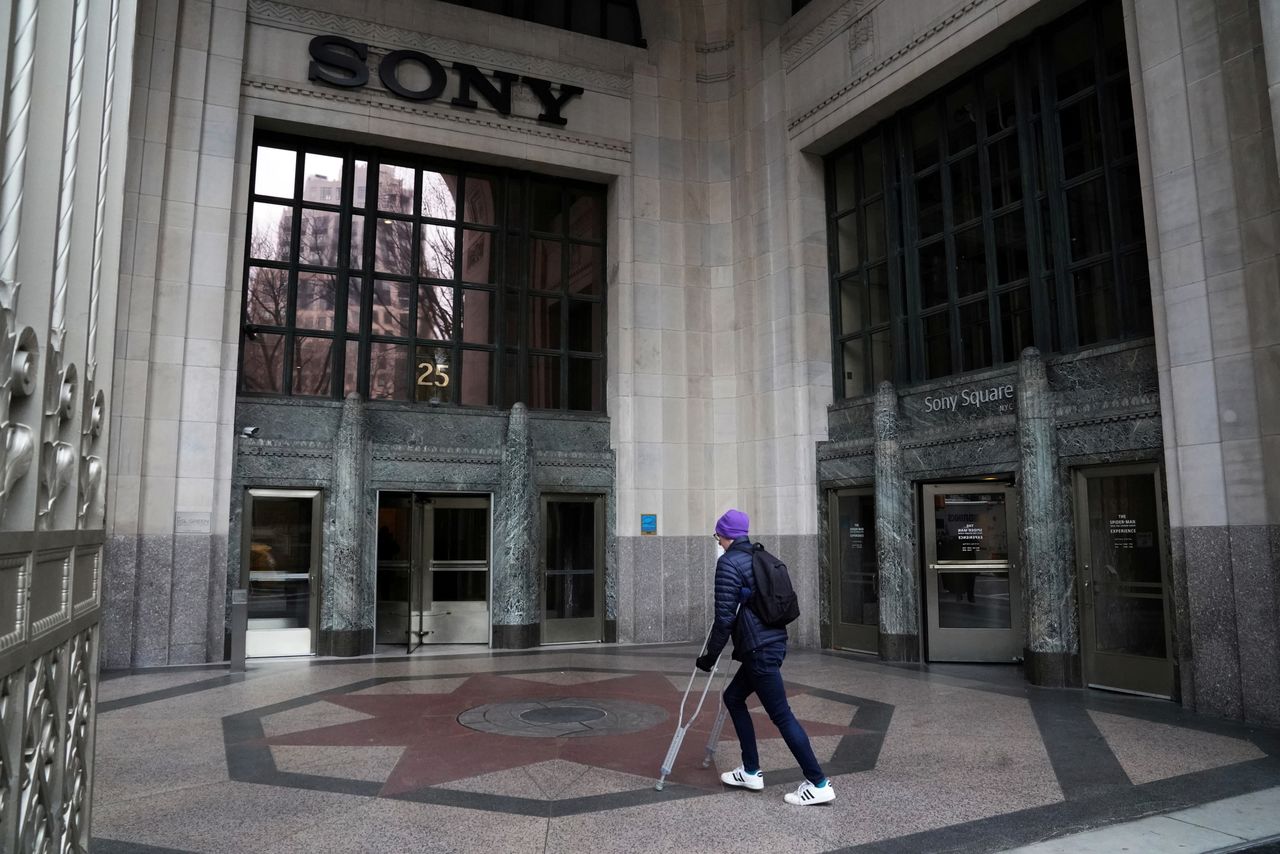 TOKYO (Reuters) -Japan's Sony Corp said on Wednesday it expects operating income to slip 4.3% this business year following record profit from sales of music, games and other content to people forced to stay at home by COVID-19 lockdown measures.

That demand has helped Sony continue its shift from consumer electronics to entertainment content and digital subscription services and game downloads, but as more people in key markets such as the United States get vaccinated against the coronavirus those gains could wane.

"We expect software sales in quarter ending June 30 to be below the same period of last fiscal year when lockdowns were widespread," Chief Financial Officer Hiroki Totoki said during an online news conference.

"We don't see the significant increase in subscribers for network services like we saw last fiscal year from stay-at-home demand," he added.

Sony benefited from strong demand for its new PlayStation 5 (PS5) games console last business year, which launched in core markets in November and quickly sold out. It wants to use the console to encourage online game downloads and attract subscribers.

Totoki said Sony was aiming to ship more than 14.8 million PS5s this year, double the number sold since its launch, but that a global shortage of semiconductors meant that it couldn't drastically boost output.

This month, Sony said it had reached a deal with Walt Disney Co to offer "Spider-Man" movies and other films on Disney's streaming service after they are shown on Netflix Inc's service, which had already agreed a streaming deal.

In the three months through March, Sony posted a profit of 66.5 billion yen - almost double the same period a year earlier. That result compared with a 76.1 billion yen average of five analyst estimates compiled by Refinitiv.