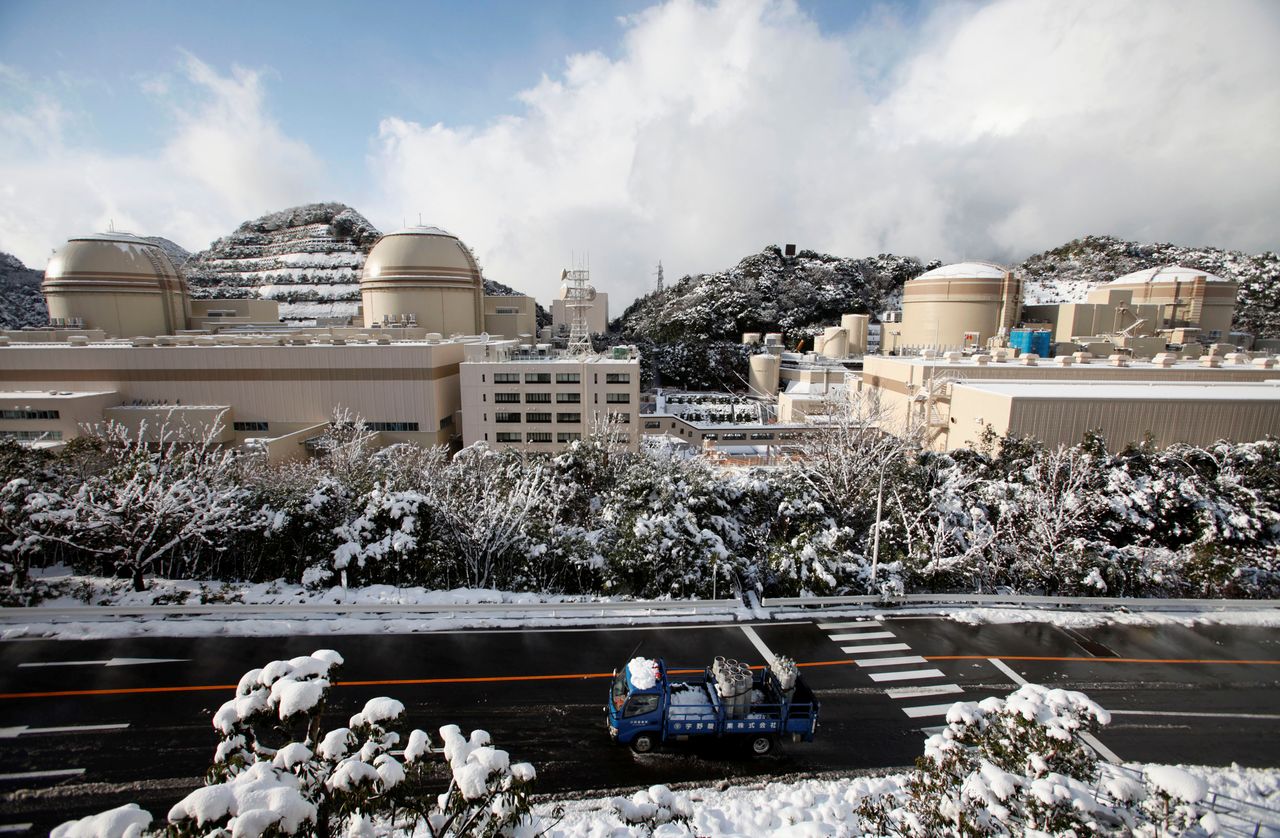 TOKYO (Reuters) - Kansai Electric Power received approval to restart three 40-year-old, long-idled reactors, which could pave the way for a revival of a nuclear energy sector largely dormant since the Fukushima disaster a decade ago.

The approval on Wednesday from Fukui Prefecture Governor Tatsuji Sugimoto was the first in four years and is needed to allow any return to operation following the post-Fukushima shutdown.

It could stir opposition from a public still wary of atomic power, but officials have called for new nuclear plants to help meet government climate targets to decarbonise the country’s heavily industrialised economy.

Shares of Kansai Electric jumped more than 4% on news of the approval, although it could take another year before the reactors begin operations as further regulatory steps and site inspections are required.

Japan was once the world’s third-largest user of nuclear energy, but utilities are decommissioning nearly 40% of the pre-2011 plants. [JAPAN/O]

After spending billions of dollars upgrading reactors, the sector has only started nine units since new regulations were imposed following the March 2011 catastrophe.

Seven reactors are operating, down from typically around 47 before the earthquake and tsunami that caused the meltdowns in Fukushima, the worst civilian nuclear crisis since Chernobyl in 1986.

The targets are a major shift by a country that even allies have described as a climate laggard.

Apart from the climate justification for nuclear electricity, which is emissions free, Japan’s government has often sought to justify it as a way to end the record trade deficits that accrued after the resource-poor country had to import fossil fuels following Fukushima.

But domestic and also international distrust over everything from the contaminated water stored at Fukushima to atomic security breaches continue to tarnish the industry.

Under the nuclear regulatory framework put in place to address the failings of the regulators and operators over Fukushima, extending the standard operating permit for reactors was only to be done in exceptional circumstances, Tatsujiro Suzuki, a former vice-chairman of Japan’s Atomic Energy Commission told Reuters by phone.

“It’s still probably going to be a controversial issue over whether this is an exceptional case,” said Suzuki, who is a professor studying nuclear proliferation at Nagasaki University.

For Kansai Electric, which already has three of four operable reactors in commercial operation, further reboots will help profitability in the coming financial year.

The company forecasts a reactor-utilisation rate of 50% in the year through March 2022, up from 28% in the financial year just ended.

That could boost its recurring profits by 42 billion yen in the year through March 2022, a spokesman said after the company reported earnings on Wednesday.

Its shares closed 2.4% higher while its industry peer Tokyo Electric Power fell 0.9% amid a wider market rise of 0.2%.