As Japanese scepticism grows, organisers say they could hold Olympics without spectators 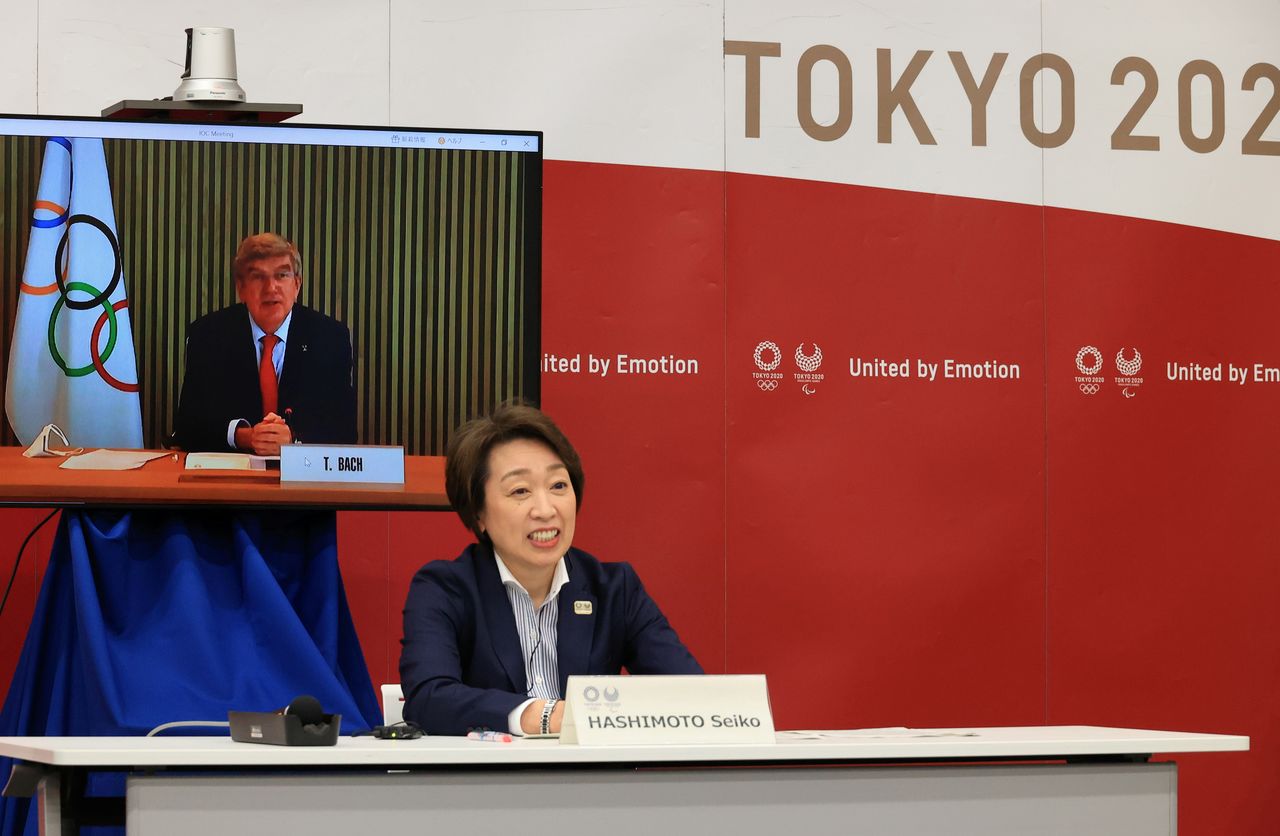 By Ju-min Park and Rocky Swift

TOKYO (Reuters) - Organisers of the Tokyo 2020 Olympics rolled out stricter coronavirus countermeasures on Wednesday, including a plan to test athletes daily, as they try to reassure a Japanese public made increasingly sceptical by the resurgent pandemic.

With just three months to go until the postponed Games, Japan has been encumbered by a slow-moving vaccination drive that has raised concerns about the viability of the Games. Some public ire has focused on Prime Minister Yoshihide Suga, who has repeatedly pledged that event will go ahead.

Overseas spectators have already been ruled out and a decision on whether to allow domestic spectators will be taken in June, a few weeks before the Games begin on July 23.

Tokyo 2020 President Seiko Hashimoto said that while organisers wanted as many spectators as possible, they were ready to take every step needed to ensure safety.

"We are prepared to hold the Games without spectators," she told a news conference following a meeting on the second draft of rule "playbooks" for the Olympics and Paralympics.

The organisers, which include the International Olympic Committee (IOC) and the Japanese government, said in a joint statement that they would "deploy all possible countermeasures and place the highest priority on safety".

When it comes to safety, organisers wanted to reassure the Japanese public that they "walk the talk", Christophe Dubi, an IOC official, told a news briefing via video-link.

He also defended the decision not make vaccines obligatory for visitors, saying not every country had access to vaccines against COVID-19.

Athletes and close contacts will be tested every day, while all participants must have two negative tests before arrival, officials said.

Visitors will not be allowed to use public transport for their first 14 days and must eat in specific locations with special hygiene measures.

Parts of Japan, including the capital Tokyo, were put under a new state of emergency at the weekend, and most of the Japanese public think the Games, postponed from 2020 because of the pandemic, should be cancelled or delayed again.

The state of emergency, which is due to last until May 11, requires restaurants and bars serving alcohol to close along with large stores, cinemas and other commercial facilities.

Companies must let staff work from home and spectators are barred from major sports events.

Thomas Bach, the head of the IOC, told the organisers that he fully understood the decision to declare the emergency.

Speaking by video-link, he said the rule playbooks would be strictly enforced and that the IOC was fully committed to the successful and safe delivery of the Games.

Tokyo 2020 Chief Executive Toshiro Muto echoed this, saying that in his view, it would be hard to delay the Games again.

An earlier version of the rules released in February banned singing and chanting during events and required athletes to wear masks at all times except when outdoors, sleeping or eating.

Even without foreign spectators, more than 10,000 athletes, coaches and support staff are expected to arrive in July.

Though Japan has not suffered as badly from COVID-19 as many countries, the infection rate has risen back to levels not seen since January, and more and more cases are from new variants.