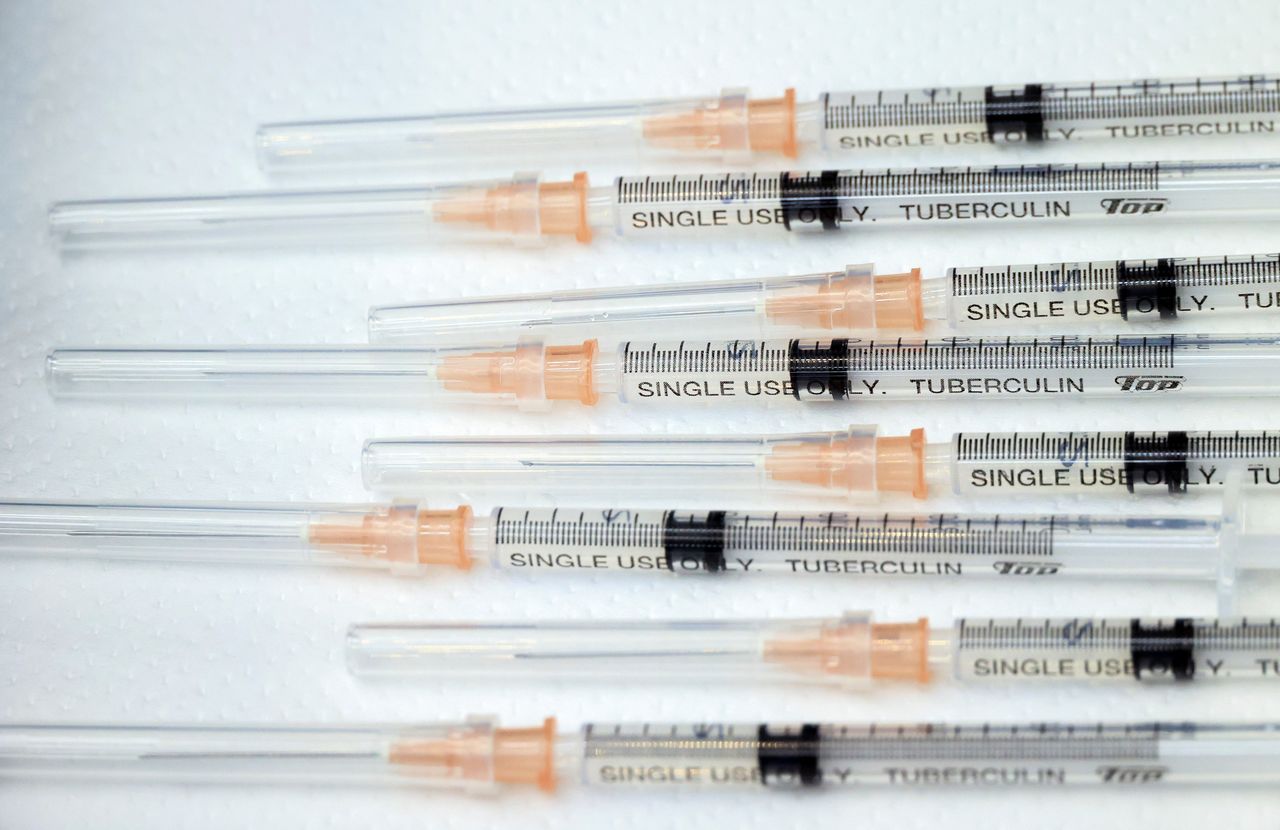 TOKYO (Reuters) - Japan has only used about a fifth of the COVID-19 vaccine doses it has imported so far, government data showed on Wednesday, underscoring logistical hurdles such as a shortage of medical staff, as it grapples with a sluggish inoculation campaign.

Japan has secured the largest amount of COVID-19 vaccines in Asia, as it gears up for the Olympics in the summer. But it has inoculated only 1.6% of its population so far, the slowest among wealthy countries.

By the end of April, Japan will have imported enough vials of Pfizer Inc's vaccine for almost 17 million doses, according to a schedule from the Cabinet Office. But as of Wednesday just over 3.2 million shots had been given out, mostly to healthcare workers.

By comparison, South Korea, which began its inoculation campaign after Japan, has administered two thirds of 3.87 million doses of AstraZeneca Plc and Pfizer COVID-19 vaccines it had received so far, inoculating 4.7% of its population.

Japan's unused shots suggest its inoculation push is failing to gain steam, even as inbound vaccine shipments triple over the next two months.

The country began its vaccination push in February, later than most major economies, and was dependent on scarce initial supplies of the Pfizer vaccine flown in from Europe. Vaccine minister Taro Kono has said that municipalities requested a slower rollout to give them time to set up inoculation centers and notify residents.

But as imports started to ramp up, other bottlenecks have become apparent, mainly in manpower. Japanese regulations say only doctors or nurses can administer the injections. The health ministry last week decided that dentists may also deliver shots.

Monthly imports from Pfizer factories in Europe are projected to more than triple, amounting to about 35 million doses coming into Japan in both May and June. Domestic regulators are now reviewing vaccine candidates from Moderna Inc and AstraZeneca, and approval of either would unlock tens of millions more doses.

There are signs the government is feeling the heat to speed up its vaccine push. Prime Minister Yoshihide Suga this week tasked the Defense Ministry to set up a mass inoculation site in central Tokyo by May 24.

But the vaccination push has come too late to blunt a fourth wave of infections. The government declared a third state of emergency in its major population centres on Sunday, less than three months before the scheduled start of the Tokyo Olympics.

Japan expects to have more than enough doses in hand by June to fully vaccinate its sizeable elderly population. But there is still no timetable for when the general population will receive the shots, with some health experts expecting it could take until the winter or longer.